The economic benefits of dedicating some farmland to grow native plants are not well understood. But for Winters farmer John Anderson, the question is less one of dollars and more one of sense, according to an article in the Vacaville Reporter.

As part of a Food Systems and Sustainability Symposium held at the UC Davis Agricultural Sustainability Institute recently, participants toured Anderson's Hedgerow Farms, where he produces more than 60 native plant species on 400 acres.

California's natural ecosystems have been severely impacted by farming and development. UC Cooperative Extension farm advisor Rachael Long said the state's biodiversity is likely to suffer even more as the state grows. California is expected to push past 50 million residents by 2032.

"There's tremendous pressure on our natural resources here," Long was quoted in the article.

Because of the absence of economic incentives, Anderson said he believes the government should consider installing native plants. A location he pointed out to tour participants is 17,000 miles of irrigation canal banks in California's Central Valley.

Adding native hedge rows to just five percent of that could make a dramatic difference, he said. 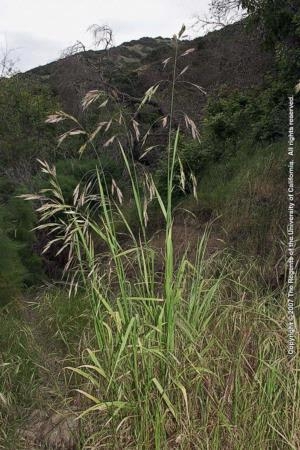