They're here. They're there.

If you're a beekeeper, you've probably seen them nesting in a rodent burrow or hollow log near your hives.

At the Harry H. Laidlaw Jr. Honey Bee Research Facility at the University of California, Davis, yellowjackets currently occupy two rodent holes a few feet from the hives. To mark the spot, beekeeper and research associate Elizabeth Frost placed a brick over each nest (see photo below).

The yellowjackets are not welcome.

Members of the Vespula genus are "the most abundant and troublesome wasps in California," according to scientists Jerry A. Powell and the late Charles L. Hogue in their book, California Insects, published by the University of California Press.

"The voracious workers attack everything in the vicinity, from resting insects to pieces of hamburgers on the picnic table," they noted, and "the colonies may become very large by late summer or fall."

Bee breeder-geneticist Susan Cobey, who divides her time between UC Davis and Washington State University, agrees that yellowjackets "can be a big problem. I've seen them kill hives."

Cobey says she's fighting them now in Island County, Washington. "I have only 10 colonies, but these are special--the imports (for bee research). The wasps are always hanging around the entrance harassing the bees."

"I've had to move hives at times because the invasion was decimating the bee population," she said. "They go for the thorax (meat). They especially like the drones being kicked out of the hives in the fall--big and juicy. This is an easy dinner so then they start going in the hives and taking workers."

One way to counter the yellowjacket invasions is to "reduce the size of the entrance so the bees can protect themselves." Also, beekeepers must  "keep the hives strong and healthy--yellowjackets pick on the weak."

To decrease the yellowjacket population, beekeepers bait traps in the summer "as the reproductives come out," Cobey says.

Since yellowjackets are meat eaters and honey bees are not--you can use cat food with the bait.

"But the bait must be  protected from other critters," Cobey cautions. "You can put in it an empty beehive with a very small entrance."

(Note: Postdoctoral scholar Erin Wilson of the Louie Yang lab, UC Davis Department of Entomology, will speak from 12:10 to 1 p.m., Wednesday, Dec. 1 in 122 Briggs on how yellowjackets are wreaking havoc in Hawaii. Listen live at http://uc-d.na4.acrobat.com/ucsn1/. The seminar later will be archived.) 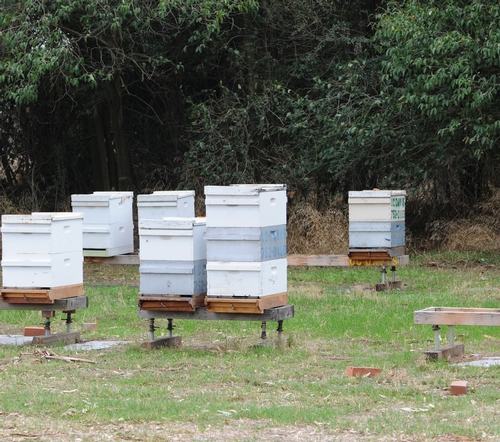 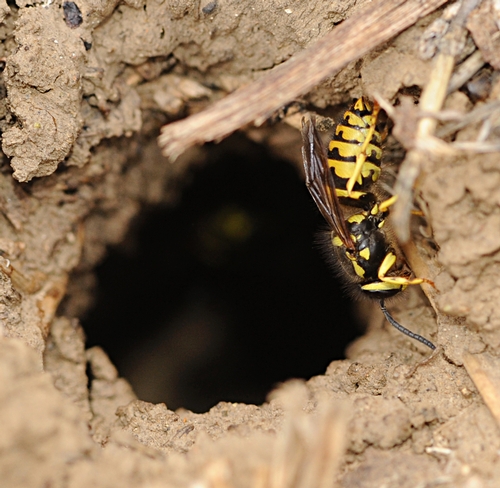 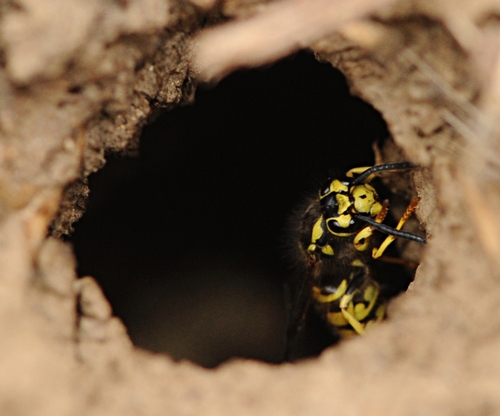