On Thursday, October 17, 2019 the University of California Cooperative Extension (UCCE) held a Lemon Rootstock and Scion workshop and field tour in Santa Paula, California. Results from Citrus Research Board (CRB) sponsored field trials evaluating several lemon rootstocks and scions were highlighted at this meeting. This event was well attended by over 100 grove managers, citrus growers and industry representatives. Speakers included CRB-funded researchers Ashraf El-kereamy, Ph.D., Mikeal Roose, Ph.D., Tracy Kahn, Ph.D., and Glenn Wright, Ph.D. The CRB has been funding research on several single site and multi-location lemon field trials, some of which have been ongoing since the late 1980's. Mikeal Roose, Tracy Kahn and Glenn Wright provided updates on the results of previous rootstock trials and the multi-location lemon rootstock and scion trials at Santa Paula, Lindcove Research and Extension Center and desert locations. Attendees learned about the various yield, packout and fruit quality of several lemon selections being studied in addition to new, non-lemon citrus cultivars to be released in the coming years. Following the presentations, attendees were invited to visit one of the lemon rootstock field trials.

Limoneira Company has been extremely helpful in much of this lemon research over the years.  We thank them and also the Master Gardeners who helped in organizing the event held at the Limoneira meeting center.  Read about a sideline at the event HERE.

Presentations from the workshop are available on the UCCE Ventura website HERE. 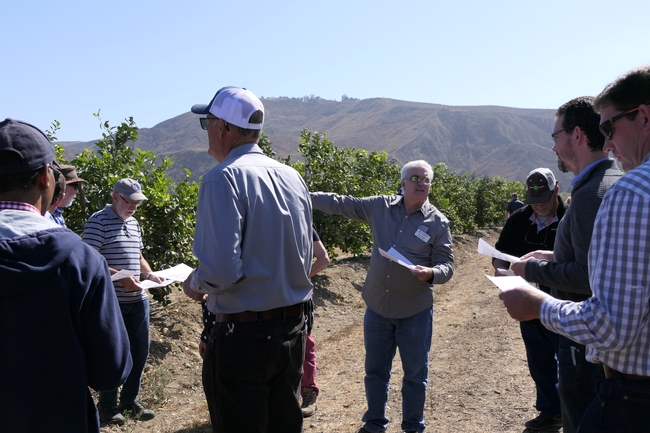 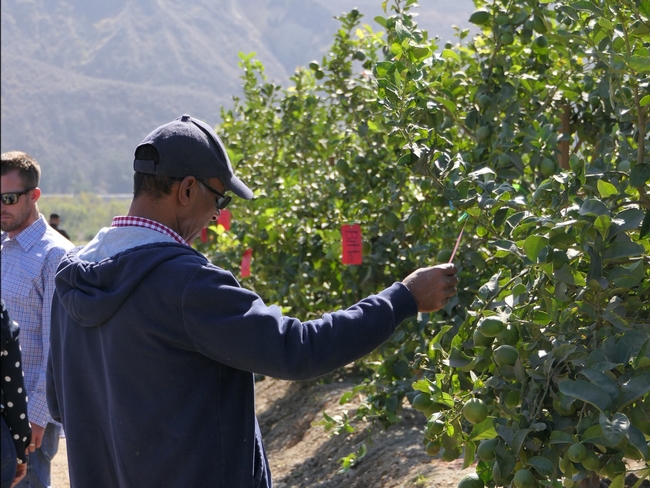 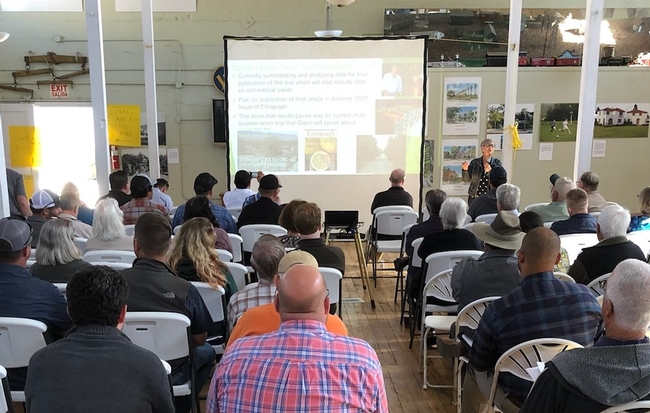