The two wind events we had awhile ago were pretty frightening. There were trees down and fences down all over the city.  We were very lucky at our house when I went out to check all I found damaged was our olive tree.  The olive tree had been planted in a wine barrel and lived on the patio for many years. It was getting a bit large and blocking our view so we had moved it to the edge of the yard next to the fence. About a year or so ago it became very, very exuberant and I figured that the roots had broken through the barrel bottom and into the earth.

After the first wind event, the tree was tilted over a bit and I could see it was shifted in the barrel as well.  I wasn't sure what I should do.  Should I try and straighten the tree back up and just pack in more potting soil? Should I transplant the tree and sever any roots that had gone into the soil?  I am recovering from a muscular injury and my husband was out of town, so I knew nothing was going to happen right then.  Then we had wind event 2.  I went outside to see it leaning even farther and the tree had rotated. At that point, I didn't think we had any choice but to transplant the tree and sever any roots.

My husband was home the next day and he agreed with the plan.  He went down to the local big-box store to look for a wine barrel half. No luck, he went to the second big box store with the same result. My sister suggested a nursery near where she lives. Success and they drilled holes in the bottom and loaded it into the truck for us. We also loaded up on potting soil.

Back at home the first thing I did was prune the tree significantly. Since I knew we were going to be reducing its root mass, we had to decrease the canopy as well. And the tree was way overgrown anyway, I had been holding off pruning it previously because I was hoping to do it around the time of the Master Gardener's Wreath Workshop in December. But this year it just wasn't going to happen. Pruning it first also decreased the weight of the tree that we were going to have to manhandle.

The next thing to do was sever the roots that were growing into the ground. We tried to tilt the tree so we could peer underneath. We finally saw one, so while I pulled the tree as hard as I could my husband was able to use a hand saw to cut the root. Wonderful, we high-fived, and then tried to lift the tree up. Nothing happened.  We tilted the tree the other way and saw another root. My husband cut it, but we still couldn't lift it. This went on for quite a while until finally, we found a very thick root which took a lot of sawing.  After that, we were finally able to lift the tree out of the old wine barrel.  The old barrel promptly collapsed at that point so we hauled those parts away.

We decided to put some wooden boards under the new wine barrel so it would be more difficult for the roots to go into the soil.  That done we set up the wine barrel, put in the new potting soil, and wrestled the tree into it.  All that was left to do was water it all in. I had some fertilizer dissolved in the water.  This project had ended up taking the entire day and we were exhausted.  Now we just have to wait and see if the tree will make it. I've got my fingers crossed. 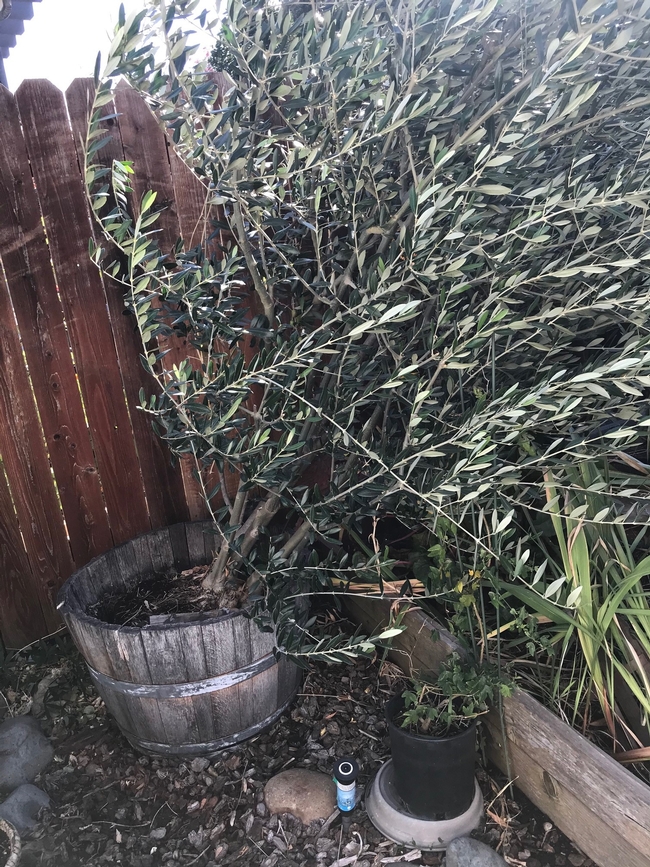 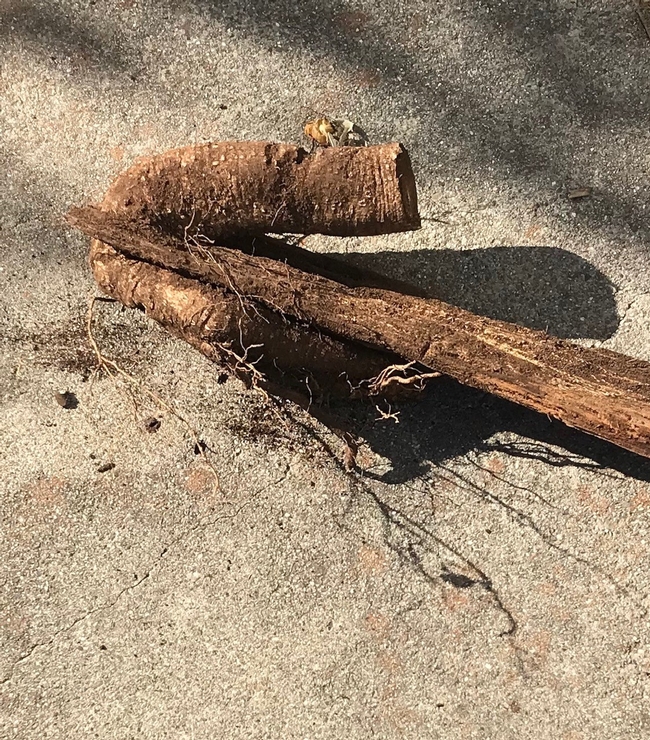 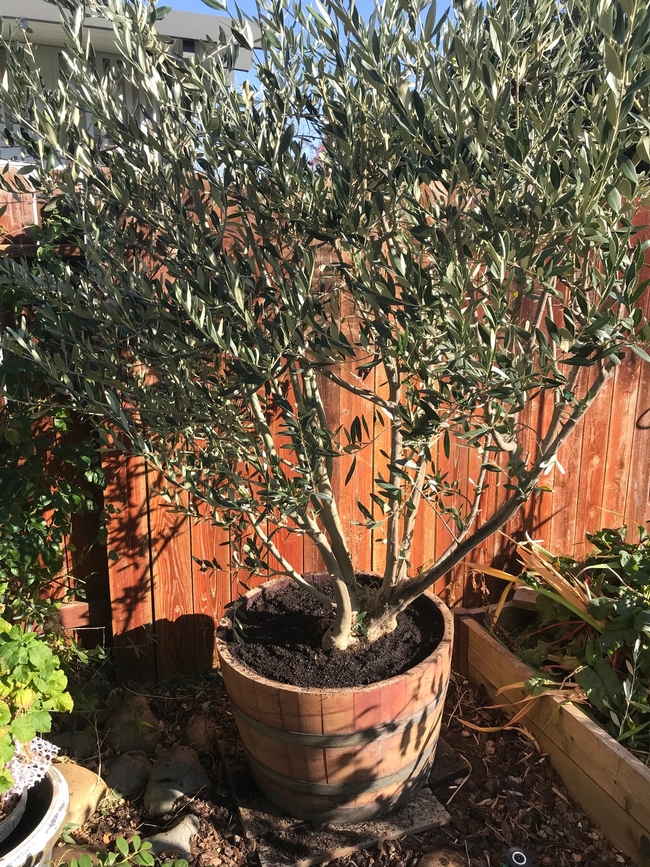