“I am humbled by this honor,” said Leal, who was nominated by UC Davis chancellor emerita Linda Katehi, an NIA fellow inducted in 2012. “To express my sentiment I have to paraphrase my predecessor as president of the International Society of Chemical Ecology, late Professor Thomas Hartmann, who said in our meeting in Prague in 1996: ‘In academia, students, postdocs, and other associates do most of the work and professors received the honors.' I look forward to opportunities to support NAI's mission of promoting innovation and celebrating invention.”

Katehi, now of Texas A&M, where she is a distinguished TEES (Engineering Experiment Station) chair and professor, Department of Electrical and Computer Engineering, praised Leal's “novel, sustainable and continued contributions to the field of entomology and for their greater implications in molecular and cellular biology and the understanding of disease and prevention.”   Leal holds 28 Japanese and two U.S. patents.

Said Hammock: “When Walter Leal reached UC Davis, he came with the reputation of being a 'one man army in research.'  This reputation was well deserved.  I know of no one at UC Davis who matches Walter in taking his remarkable fundamental advances in science and translating them to increase the safety and magnitude of world food production.”

Insect Communication
Leal, an expert in insect communication investigates how insects detect odors, connect and communicate within their species; and detect host and non-host plant matter. His research, spanning three decades, targets insects that carry mosquito-borne diseases as well as agricultural pests that damage and destroy crops. He and his lab drew international attention with their discovery of the mode of action of DEET, the gold standard of insect repellents. (See the Leal lab's work on DEET in Entomology Today.)

He and his collaborators, including Nobel Laureate Dr. Kurth Wuthrich (Chemistry 2002), unravel how pheromones are carried by pheromone-binding proteins, precisely delivered to odorant receptors, and finally activated by pheromone-degrading enzymes.

That led to Leal's identification of the sex pheromones of the navel orangeworm (Amyelois transitella), a pest of almonds, figs, pomegranates and walnuts, the major hosts. This has led to practical applications of pest management techniques in the fields.

Leal, a fellow of the Entomological Society of America (ESA), "has greatly advanced scientific understanding of insect olfaction," said Joe Rominiecki, communications manager, Entomological Society of America.  "He has identified and synthesized several insect pheromones, and his collaborative efforts led to the first structure of an insect pheromone-binding protein."

'Tangible Impact on Quality of Life'
“The NAI Fellows Program highlights academic inventors who have demonstrated a spirit of innovation in creating or facilitating outstanding inventions that have made a tangible impact on quality of life, economic development and the welfare of society,” said NIA director Jayde Stewart. “Election to NAI Fellow is the highest professional distinction accorded solely to academic inventors. To date, NAI Fellows hold more than 41,500 issued U.S. patents, which have generated over 11,000 licensed technologies and companies, and created more than 36 million jobs. In addition, over $1.6 trillion in revenue has been generated based on NAI Fellow discoveries.”

A native of Brazil, educated in Brazil and Japan, and fluent in Portuguese, Japanese and English, Leal received his master's degree and doctorate in Japan: his master's degree at Mie University in 1987, and his doctorate in applied biochemistry at Tsukuba University in 1990. Leal then conducted research for 10 years at Japan's National Institute of Sericultural and Entomological Science and the Japan Science and Technology Agency before joining the faculty of the UC Davis Department of Entomology in 2000. He served as chair of the department from July 2006 to February 2008.

Leal co-chaired the 2016 International Congress of Entomology meeting, "Entomology Without Borders," in Orlando, Fla., that drew the largest delegation of scientists and experts in the history of the discipline: 6682 attendees from 102 countries.

Among his many other honors, Leal is a fellow of the American Association for the Advancement of Science and the California Academy of Sciences; an honorary fellow of the Royal Entomological Society and an inductee of the Brazilian Academy of Sciences.  He received a silver medal from the International Society of Chemical Ecology. Leal recently presented the Founders' Memorial Lecture at the ESA meeting in St. Louis, the first UC Davis scientist selected to do so. 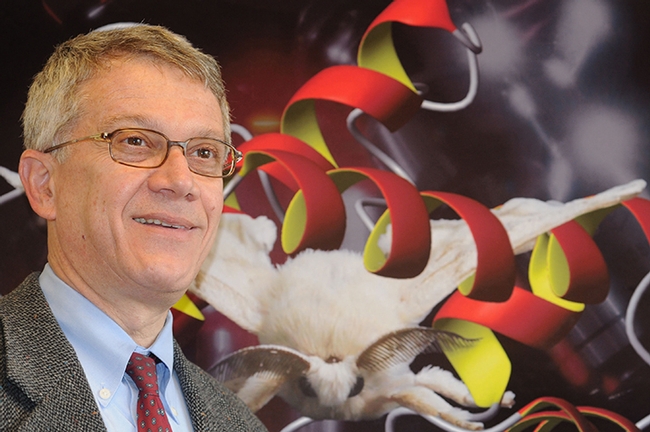