A spiny flower praying mantis, Pseudocreobotra wahlbergii, hanging out at the Bohart Museum. It is owned by entomologist Lohit Garikipati. In back is Bohart associate Greg Kareofelas. (Photo by Kathy Keatley Garvey)
They met the mantids, walking sticks, beetle-mimicking roaches, Madagascar hissing cockroaches, tarantulas, silkworm moths, a butterfly, a dozen caterpillars and a chrysalis.

It was a great day to get acquainted with insects and arachnids and learn how to raise them.

And the nearly 300 visitors did just that at the recent UC Davis Bohart Museum of Entomology open house, "Arthropod Husbandry: Raising Insects for Research and Fun." The guests held the critters, photographed them, and asked questions of the scientists.

At first they didn't see the praying mantids reared by entomologist and UC Davis alumnus Lohit Garikipati. They were there, all right, but camouflaged amid the leaves and branches. Entomologist Ann Kao, a 2019 UC Davis graduate and newly employed by   the California Department of Food and Agriculture, crafted and displayed her insect jewelry.

Special guests included 40 students from the Samuel Jackson Middle School and the James Rutter Middle School, Elk Grove Unified School District, in a program offering special educational opportunities and mentoring. The youths wore t-shirts lettered with "The Power of Us" on the front, and "Resilient, Authentic, Passionate" on the back.

The Bohart Museum, directed by Lynn Kimsey, UC Davis professor of entomology, houses a global collection of nearly eight million specimens. It is also the home of the seventh largest insect collection in North America, and the California Insect Survey, a storehouse of the insect biodiversity. Noted entomologist Richard M. Bohart (1913-2007) founded the museum.

More information on the Bohart Museum is available on the website at http://bohart.ucdavis.edu or by contacting (530) 752-0493 or bmuseum@ucdavis.edu. 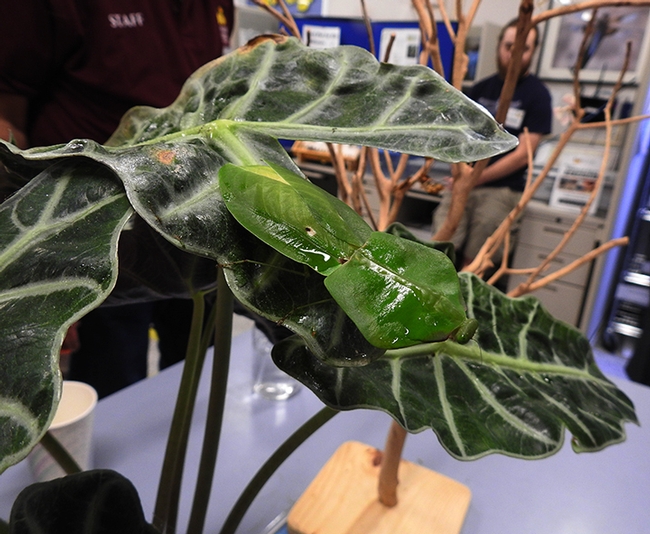 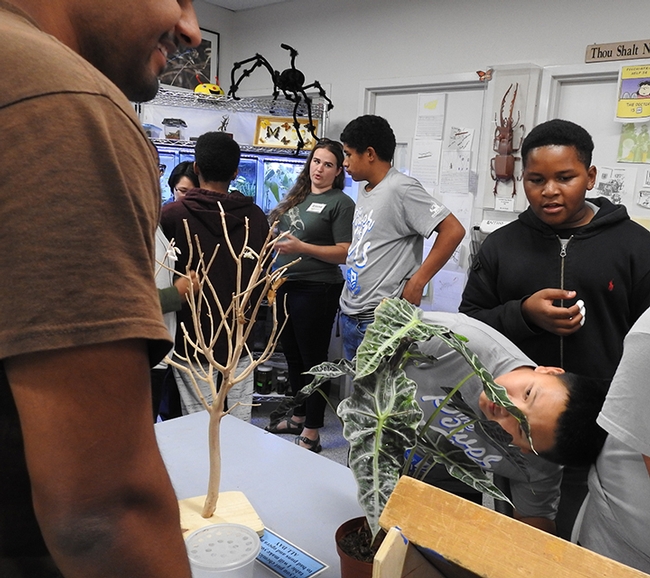 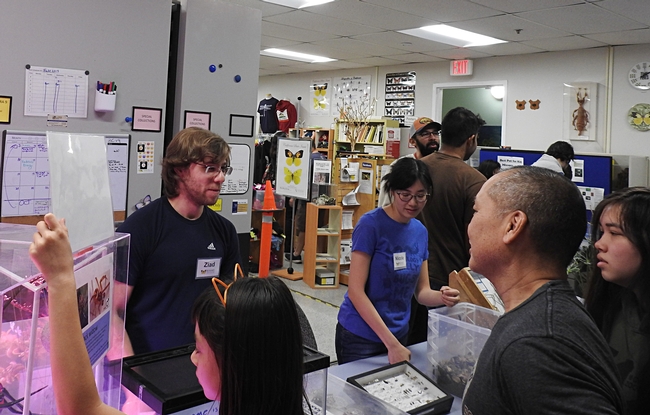 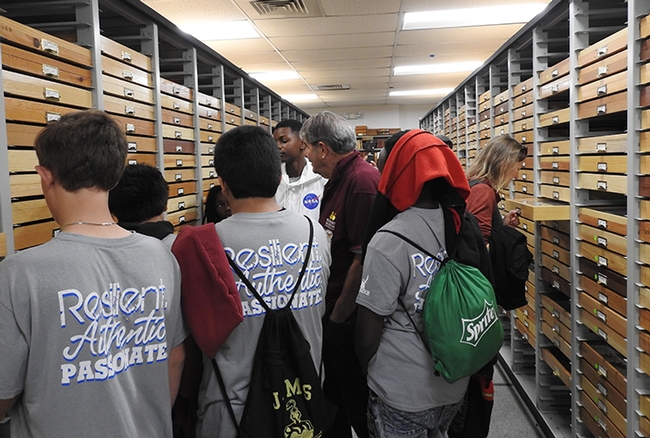 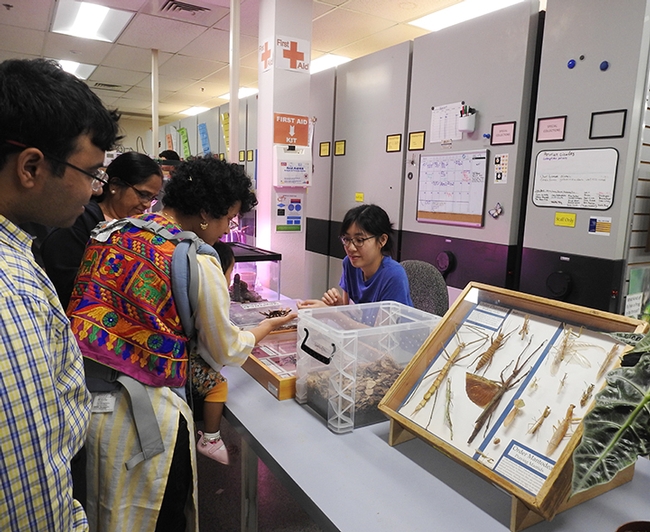 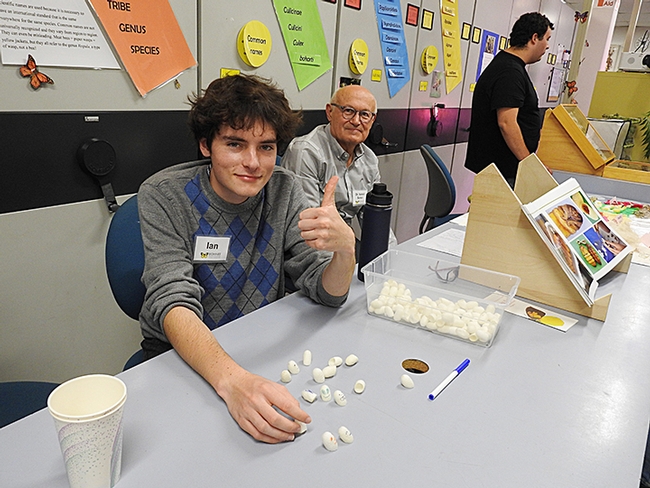 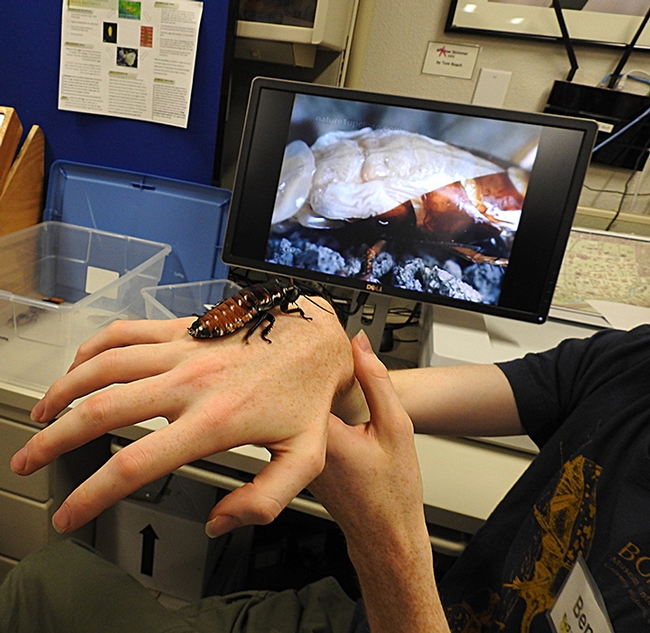 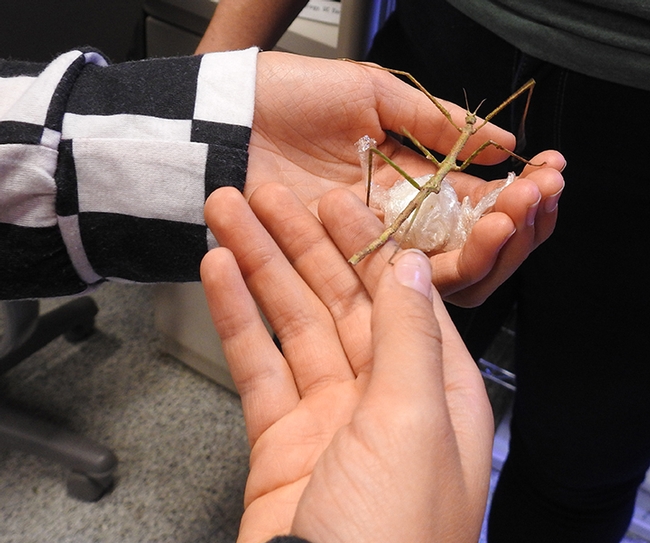 A Bohart Museum of Entomolgoy visitor gets acquainted with an Australian walking stick. (Photo by Kathy Keatley Garvey) 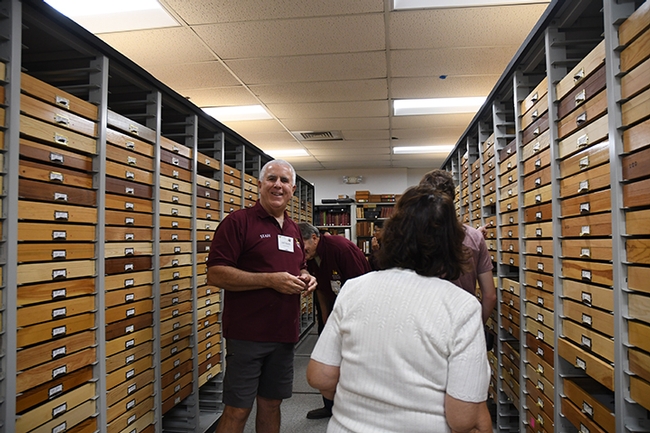 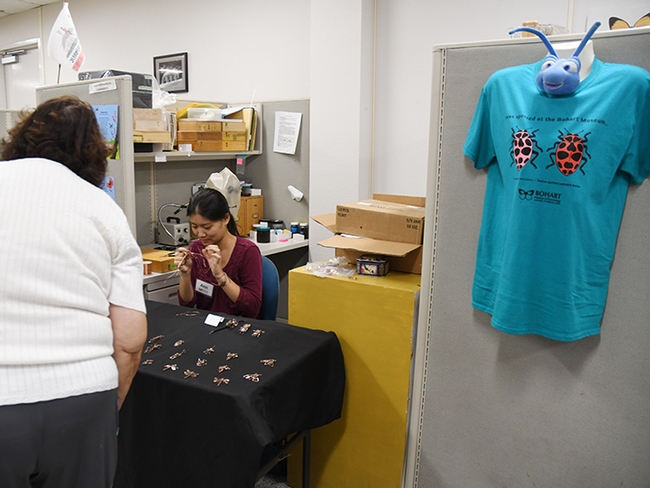