It appears that there might be some confusion about a maggot that is showing up in new strawberry plantings up and down the coast of California.  This maggot is the larva of the fungus gnat, a fly which commonly is found in very moist environments such as greenhouses and around potted plants indoors.  The continually moist weather accompanied with the cool temperatures of late is quite likely encouraging the growth in numbers of these flies in our strawberries.

According to the UC IPM guidelines, fungus gnats are not harmful to plants and feed on organic mulch, leaf mold, compost, root hairs and fungi.  They are not known to major pests of crops cultivated outdoors. 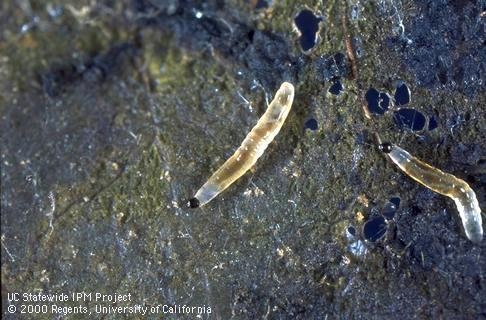 Fungus gnat larvae
Note the black head and translucent body. Larvae are from 1/8 to 1/16 of an inch long. 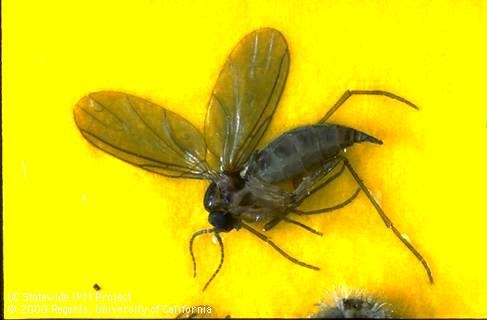 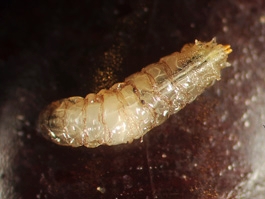 Photo courtesy E. Beers, WSU
Spotted wing drosophila larva, note the lack of black head. Length is from an 1/8 to 1/4 inch long. Found around fruit, vinegar flies such as this would not generally not have much to do with a living plant.
Comments: 0
No Comments Posted.
Leave a Reply: