Strawberries are considered the jewels of Monterey County, but their production numbers will probably drop with the phase-out of methyl bromide, a highly effective soil fumigant that depletes the ozone layer, according to an article in the Salinas Californian.

"It's a new world for strawberries," the story quoted Mark Bolda, farm advisor for strawberries and caneberries for UCCE in Monterey, Santa Cruz and San Benito counties. After the phase out, "yields will go down and production will fall, but it's not Armageddon."

Bolda told the reporter that scientists have been searching for chemical alternatives to methyl bromide for about 20 years, but progress is slow because it's hard to top the effectiveness of methyl bromide mixed with chloropicrin.

One alternative to methyl bromide is methyl iodide. It does not damage the ozone layer, but has other drawbacks, including its cost, severe restrictions on its use, and a safety risk to workers or the public if they are exposed to the chemical.

The California Department of Pesticide Regulation approved the use of methyl iodide in early December.

According to an op-ed by Barry Bedwell of the Grape and Tree Fruit League that was published in the Bakersfield Californian Wednesday, growers can safely use methyl iodide.

"The reality is that California's restrictions on methyl iodide are many times greater than those required by U.S. EPA or any other jurisdiction," Bedwell wrote. "The use restrictions include large buffer zones, the requirement of only DPR-approved highly retentive tarps, specific groundwater protections, reduced application rates and stronger worker-protection measures."

Bedwell believes growers must have access to crop-production tools based upon rational and reasonable science in order to continue production in the state.

"If we allow the process to become a prisoner of emotion, we will not only find ourselves without methyl iodide but in the not-too-distant future the majority of our food production will come from places with much less regulatory oversight," Bedwell wrote. 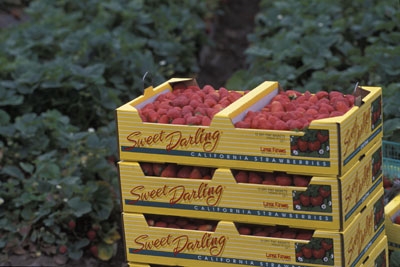