Bug Squad
sitenum=63
Happenings in the insect world
The Legendary Bruce Hammock: Why Science Is Fun Bruce Hammock today (Photo by Kathy Keatley Garvey)
"Bruce D. Hammock is widely known for his groundbreaking research in insect physiology, toxicology, pharmacology, and experimental therapeutics. Early contributions were in fundamental regulatory biology, development of both small molecules and recombinant viruses as environmentally friendly pesticides, and the application of accelerator mass spectrometry to biological science. His laboratory pioneered the use of immunoassay for the analysis of human and environmental exposure to pesticides and other contaminants.His laboratory provides graduate training that is diverse in disciplines and research areas. He recently formed a company, EicOsis, to develop an orally active non-addictive drug for inflammatory and neuropathic pain for humans and companion animals."

So begins Marlin Rice, author and a past president of the Entomological Society of America (ESA), in his wonderful and comprehensive piece in the current edition of ESA's American Entomologist about the legendary Bruce Hammock. Bruce Hammock engaging in his annual water balloon battle on the lawn of Briggs Hall, UC Davis. (Photo by Kathy Keatley Garvey)
Hammock, a UC Davis distinguished professor, holds a joint appointment with the Department of Entomology and Nematology and the UC Davis Comprehensive Cancer Center. He has directed the UC Davis Superfund Research Program (funded by the National Institutes of Health's National Institute of Environmental Health Sciences) for nearly four decades. He is a member of the National Academy of Sciences and a fellow of the National Academy of Inventors.

His story begins in Arkansas.

The headline says it well: "Bruce D. Hammock: Science Should Be Fun."

Hammock describes his Tom Sawyer-like childhood in Little Rock, where he wandered the woods and collected animals.

Rice asked him: "What was your favorite thing to collect?"

"I just liked interested creatures," Hammock told him. "I had a pet 'coon, pet deer, pet 'possums named Sears and Roebuck. The two 'possums had stolen some hot dogs at a Boy Scout jamboree and were trying to make their escape. This guy was going to kill them, so I took them home."

"I found Willy—his mom had been killed by hunters—in a tree stump and bottle-raised him with an old toothless bulldog, and he would ride around on her back. Raccoons and dogs are natural enemies. If an [unfamiliar] dog would growl at him, Willy would try to kill it, so he was not popular."

Young Tom went on to become an Eagle Scout and graduate from Louisiana State University. "I liked football, but I was not good at it," he recalled. "But I was upset with the football craziness in Arkansas, so I thought I could go to LSU and get away from it, but I ended up living underneath the football stadium."

In the Army, he served as a medical officer at Fort Sam, Houston, and what he saw--severely burned people in terrible pain--made a lasting impression on him. Today he's deeply involved in his research at UC Davis and the company he founded, EicOsis, in 2011 to alleviate pain in humans and companion animals.

Of EicOsis, he told Rice: "It's actually three companies: human health, equine health, and companion animal health. The human health goal is moving the drug into the clinic to treat human neuropathic pain. In dogs and cats and horses, it turns out that non-steroidals, like aspirin, are so much more toxic. If you give your dog some non-steroidals, you're saying you want your dog to be pain-free for a year, but you know you're killing it. Some non-steroidals are so toxic to non-primates that there's a real opportunity to get epoxide hydrolase to the clinic."

Excerpts from the article:

Indeed, Bruce Hammock's career is incredible--incredibly focused, superlative and kind. But he also has a finely honed sense of humor. Who else would launch an annual water balloon battle? He started it in 1980 on the Briggs Hall lawn, just outside his office. It's now called the Bruce Hammock Lab Water Balloon Battle or "Bruce's Big Balloon Battle at Briggs."

"A few years ago, we had the management officer in biochemistry upset because she thought it was unseemly for the university," Hammock told Rice. "Last year, somebody called the police on us, and the police came, and the guy took off his gun belt and joined us. [Laughs.] That was fun!"

So is science. Or it ought to be. 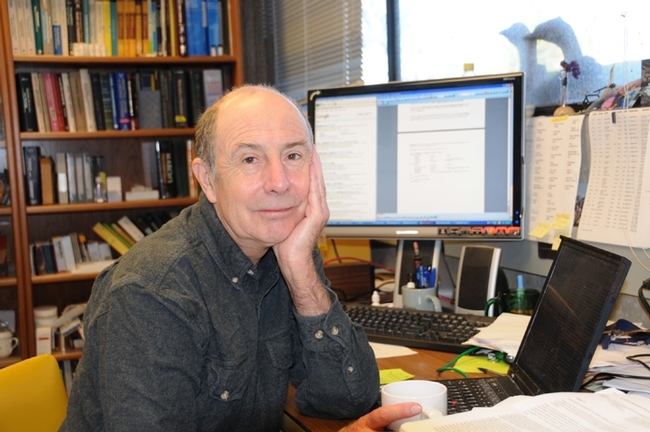 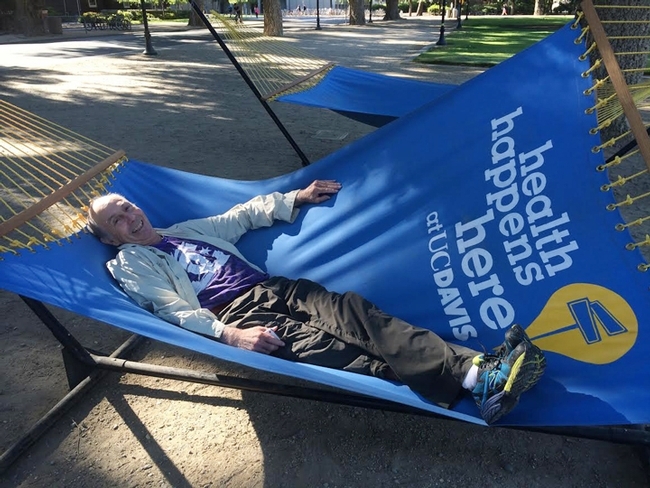