U.S. demand for avocados has increased steadily over the past two decades: per capita consumption of avocados has tripled since 2001 to 8 pounds per person in 2018. Total U.S. production in 2018 was 364 million pounds, with California the major producer, accounting for 93 percent of U.S. avocado output in that year. 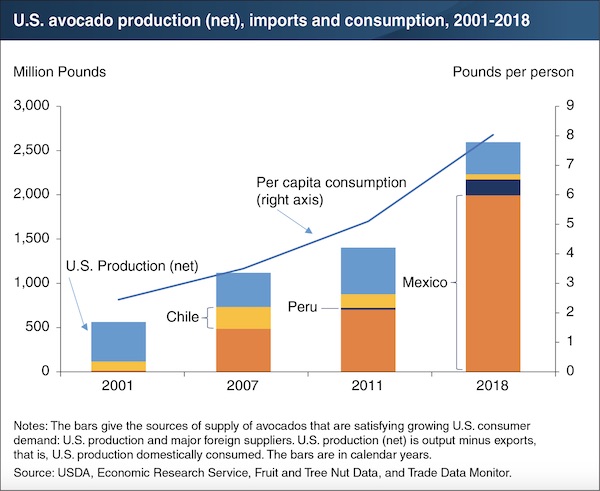 U.S. acreage has declined over time, and production volume can vary between years. To support year-round demand, the United States imports avocados. In 2007, Mexico overtook Chile as the dominant supplier, and by 2018 accounted for 89 percent of fresh avocado imports. While Mexico sells avocados to the United States every month of the year, shipments are lower during the summer. In 2018, Peru was the second largest source of imports, and shipments increase during the summer.

Although U.S. avocado production has dropped since 2001, growing demand has benefited domestic producers through higher prices. For example, the price received by California growers in 2018 is up 22 percent from 2011. Since avocados can mature on the tree for an extended period, U.S. growers look for opportunities when fruit quality is at its peak and market conditions are optimal to harvest and ship to domestic and export markets. The chart is based on Fruit and Tree Nut Yearbook Data released in October 2019. 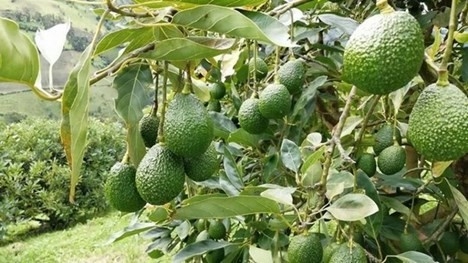