Meanwhile, in between social distancing, what's happening in the world of insects?

We were surprised to see a skipper butterfly today (March 25) foraging in our bed of mustard in Vacaville, Calif.

Butterfly guru Art Shapiro, UC Davis distinguished professor of evolution and ecology, identified it as an "Umber Skipper, Poanes melane, a riparian species I haven't seen at any of my sites yet! It typically flies first in early to mid-April."

With thoughts of Shapiro's Beer-for-a-Butterfly Contest (first person who collects the first-of-the-year cabbage white butterfly in the three-county area of Sacramento, Solano and Yolo wins a pitcher of beer or its equivalent), I mentioned that I finally beat him!

Shapiro writes on his website: "Although common in parts of the Bay Area where it is an urban 'lawn skipper,' on our transect this is entirely a species of riparian forest and is generally uncommon or even rare. It perches in dappled light and shade along streamsides, generally well off the ground. Its upper limit of residency at the latitude of I-80 seems to be about 3000'. There is no evident variation. Two to three broods in our area, April-October; flight season longer in Bay Area. Host plants presumably native riparian grasses, but not identified. In Berkeley, it breeds happily on Bermuda Grass, which seems to have not discovered farther inland. Adults visit Yerba Santa, Dogbane, Milkweed, Thistles, Yellow Star Thistle, California Buckeye, Coyote Brush, etc., etc."

Shapiro has monitored butterfly population trends on a transect across central California since 1972 and maintains a research website. The 10 sites stretch from the Sacramento River Delta through the Sacramento Valley and Sierra Nevada mountains to the high desert of the Western Great Basin. The largest and oldest database in North America, it was recently cited by British conservation biologist Chris Thomas in a worldwide study of insect biomass.

And then another surprise! My photographer-naturalist friend, Allan Jones of Davis, captured some images of an Anise Swallowtail (Papilio zelicaon) Saturday, March 21 in the UC Davis Department of Entomology and Nematology's Häagen-Dazs Honey Bee Haven, a half-acre bee garden on Bee Biology Road, west of the central campus. Jones also saw a bumble bee, Bombus melanopygus (female), and a first-of-the-season Eucera frater (male) in the haven.

Said Shapiro: "Zelicaon has been rare hereabouts for about 20 years. It is not unusual to see it the 3rd week of February in dry years. It's been earlier than average this year: Suisun Marsh, iii.26; Old Davis Road (near Low-Water Bridge) ii.28; Gates Canyon (near Vacaville) ii.29, North Sacramento iii.3, Rancho Cordova iii.4."

Meanwhile, back to social distancing! 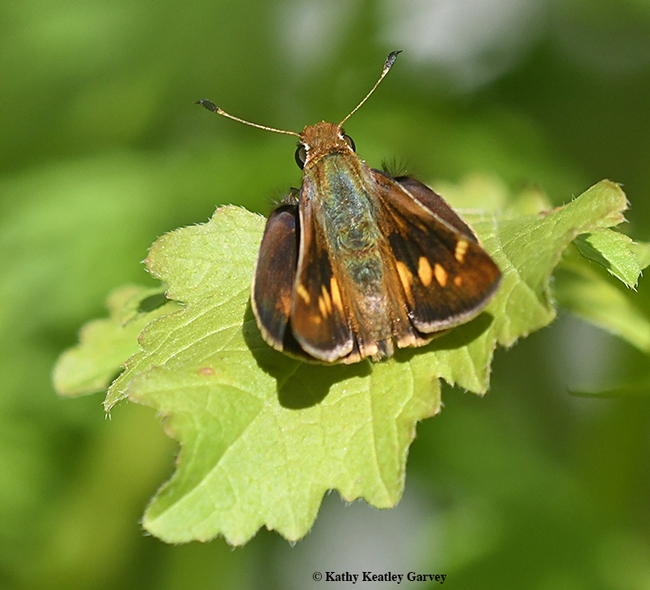 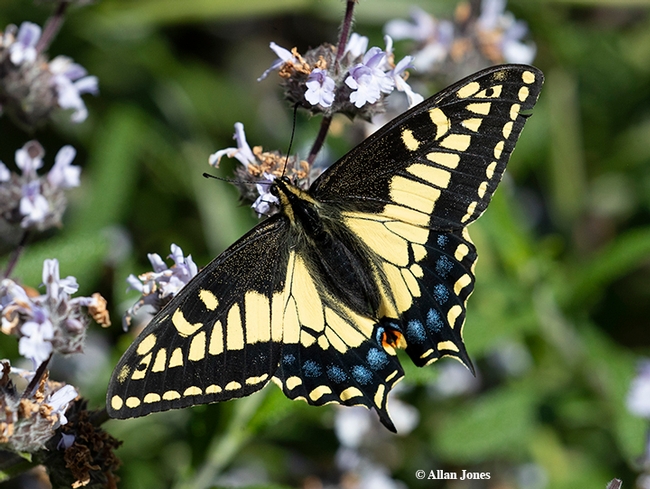 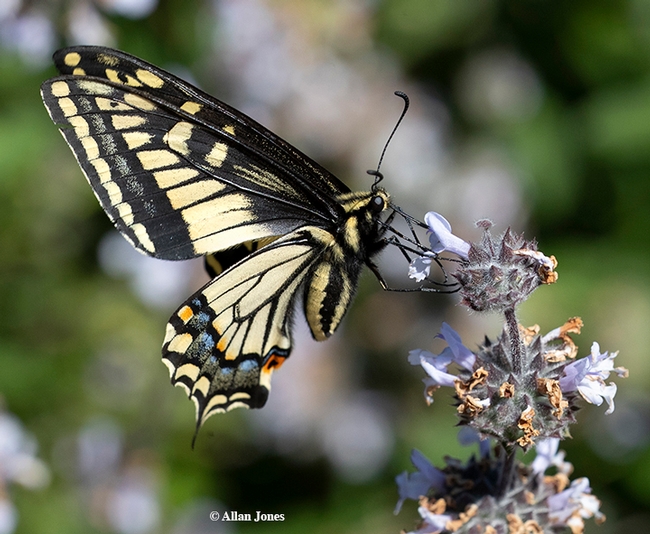