Hear the buzz in the California almond orchards?

The season usually begins around Feb. 1. This year California has some 750,000 acres of almonds, and each acre requires two bee colonies to pollinate.

Since California doesn't have that many colonies--the number is around  500,000--the remainder must come from beekeepers outside the state.

To thwart thieves, beekeepers brand their names and phone numbers on their boxes. (We know a beekeeper who also brands his driver's license.)

It's a good idea to store hives behind enclosed and locked gates, the Ag Alert article noted, and "to give nearby property owners descriptions of your vehicles so that they can report any suspicious activity or vehicles."

Perhaps those Hollywood producers looking for story ideas could take what's happening in the bee yards and film another version of "The Sting." 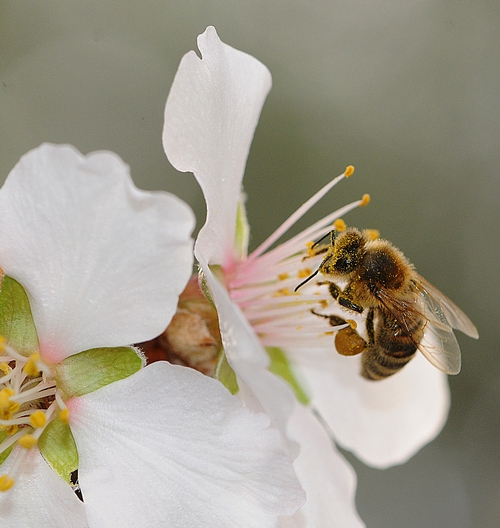