Bug Squad
sitenum=63
Happenings in the insect world
Painted Ladies: Yes, They Do!

Painted lady butterflies, Vanessa cardui, do lay their eggs on Echium wildpretii, commonly known as "the tower of jewels."

However, this little lady (below) persistently returned a few times to find a bee-free spot. She finally claimed a chunk of space near the top of the 8-foot plant.

Temporarily. Until the bees reclaimed it.

"Echium is a borage," says butterfly guru Art Shapiro, UC Davis distinguished professor of evolution and ecology. "Boraginaceae are one of the favored host families, so I'm not surprised."

"They routinely breed on fiddleneck and popcorn flower," Shapiro says. "in 2015 they completely destroyed the borage crop at an herb farm in Solano County!" He recently saw them lay eggs on Helianthus, Cardooon (artichoke thistle) and Lupinus succulentus.

"It's been a pretty good cardui year but not as big as last year," said Shapiro, who has monitored the butterfly population in Central California since 1972 and publishes his research on his website. "They've been coming in waves for several weeks and there are still some, mostly old females ovipositing."

Said Bohart Museum of Entomology associate Greg Kareofelas, a naturalist and insect photographer: "Vanessa cardui probably has the greatest range of host plants as any butterfly. My question always is: What plant, won't it lay eggs on?" 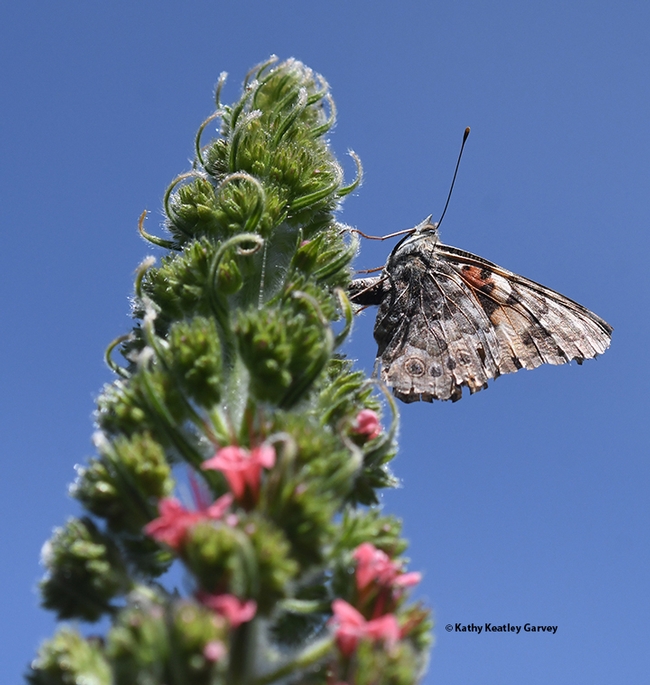 A painted lady, Vanessa cardui, laying her eggs on a tower of jewels, Echium wildpretii, in Vacaville, Calif. (Photo by Kathy Keatley Garvey) 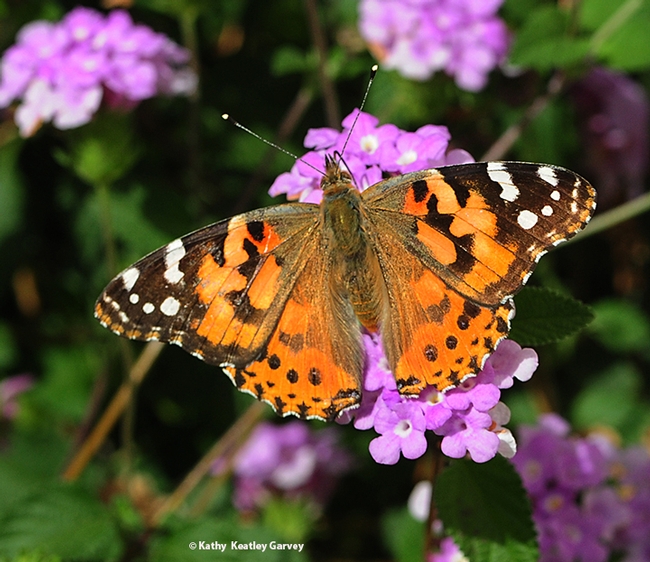