The best agritourism is found on real working farms
Published on: February 22, 2011

UC's agritourism coordinator Penny Leff provided reporter Emily Rizzo with a definition of agritourism, "a commercial enterprise on a working farm or ranch conducted for visitor enjoyment and education that generates supplemental income for owners."

Promoting agritourism in San Diego has been underway for years, but positioning the Southern California city as an agritourism destination, said UC small farm advisor Ramiro Lobo, is a relatively new concept.

In 1993, Taco Bell's founder opened Bell Gardens, a 115-acre educational farm that attracted 100,000 visitors annually to picnic, buy fresh produce and ride a mini-train. The ranch attracted busloads of agritourists but closed in 2003, the article said.

“It was obviously a heavily subsidized operation, but (it) created attention,” Lobo commented. “Entrepreneurial farmers started tapping into this as a real alternative to diversify their income stream.”

Leff and Lobo agree that consumers want to visit real agricultural operations and have a keen sense when it comes to discerning hokey operations from working farms.

“You don’t have to create a Disneyland,” Lobo said. “We want working farmers to be able to capitalize on this without having to spend a ton of money to create something artificial. Pseudo-farms, for the most part, never really did a great job. Those have come and gone.”

Among the UC agritourism resources mentioned in the story were: 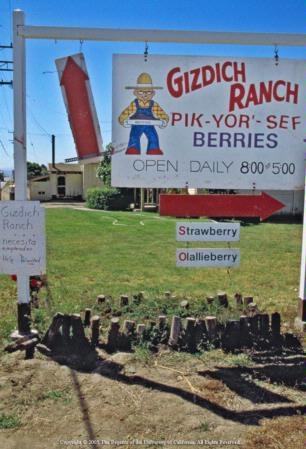