Consultant Dennis H. Tootelian arrived at these figures using data from the Census of Agriculture, USDA, CDFA, and the University of California Cooperative Extension's Sample Costs to Establish and Produce Pistachios, according to a news release WPA distributed today via PR Newswire.

"The goal of the study was to demonstrate the overall impact of the pistachio growers' spending and their ability to generate business activity, employment, personal income and tax revenue for other industries and the states they operate in overall," Tootelian was quoted in the release.

The $682.5 million economic impact takes into account the "ripple effect" of pistachio business activity. For example:

"This report shows us how we as an industry contribute to the economy – through substantial job creation, funding for community programs, literally millions in tax revenues to the states where growers operate – all by simply growing the best possible product for consumers," said WPA executive director Richard Matoian.

The complete economic impact report may be viewed on the Western Pistachio Association's website. 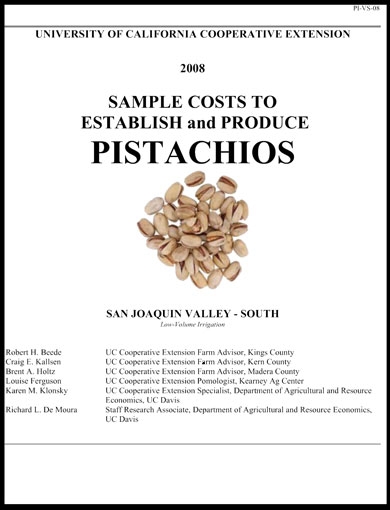