I got called out a few weeks by the farm manager and the PCA of a raspberry field suffering from a darkish mold growing on the fruit. Initial thought was that this could be sooty mold related to poor pollination (think uncollected nectar), but a closer look confirmed that no this was definitely not the case.

Raspberries were being grown in a tunnel with pretty soiled plastic, and along with plants which were quite vigorous and tall, it was pretty dark and windless on the inside. The mold presented as a darkish growth on the shoulders of the fruit, which however rubbed off to the touch.  You can see two pictures of this issue below.

This one is not common, so took a bit of doing to figure out.  Fortunately, I have some clean agar plates left over from some other work last year, so grew some of this fungus out.  You can see the results in the third picture below. Microscopically, the spores tended to be single celled, irregular shapes with some lemon shapes mixed in (picture #4).  Bottom line was that it keyed out to be Cladosporium (species unknown, sorry).  Environmental conditions (dark, moist and very little air movement) and ease of rubbing the fungus off of the fruit line up very well with what is written about this fungus in agriculture.

Call was to vent the tunnel, get some more light and air in there to dry it out and make conditions less amenable to this pathogen. No need to spray this. 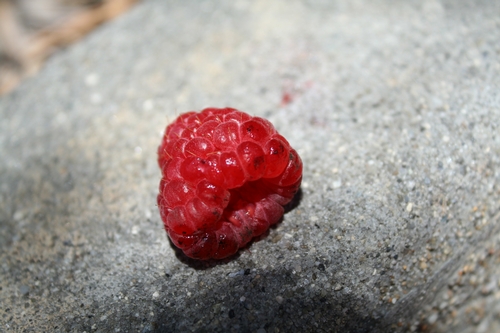 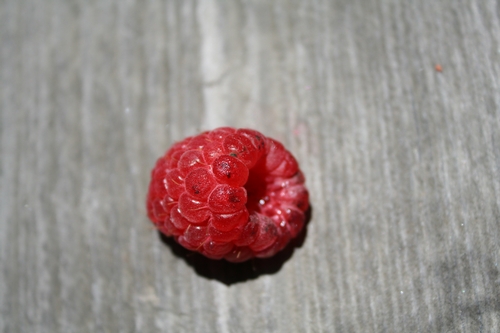 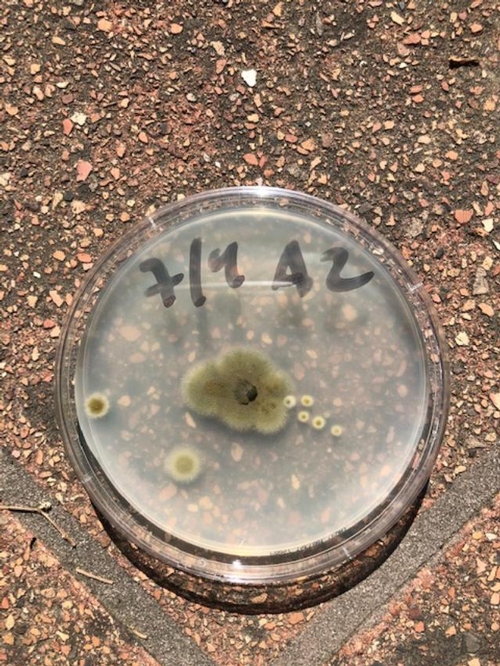 Cladosporium from fruit sample shown above growing on potato dextrose agar (PDA). The little colonies on the side are also Cladosporium - I checked after taking the picture. 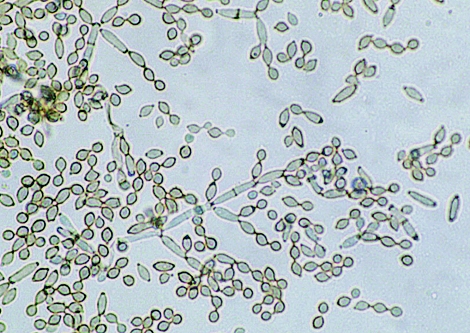 Not my picture, but very much what I saw with our light microscope. Irregular shaped spores, some lemon shapes mixed in and walled and branched mycelium with some color to it.
Comments: 1
Comments:
by Guy-Annne Landry
on September 15, 2020 at 5:33 PM
very interesting! Thank you
Leave a Reply: