Most common in North America is the 7 Spotted Ladybird.

Spending days in the garden and finding treasures within!

Everyone loves a ladybug!  I find myself spending hours watching them do their thing!

I happened to notice a couple of containers of Ladybugs on sale at our local nursery, Morningsun Herb Farm, and what the heck, I'll buy them!  The key was not to release them in the middle of the day.  I spritzed the screened lid with water making sure there was no water pooled in the container and put them in the fridge until the early evening.  I took them out 2 hours before and with my finger spread a little honey over the screen to give them some energy not knowing how long they had been in their container.  Apparently that was quite the treat because they crowded the lid before I opened up the container to set them free into their new world.

Fortunately, I learned in the UCCE Master Gardeners program the appearance of the larvae and then to my amazement!  Look what I have right in my back yard!  There were Ladybugs all over and why hadn't I seen them earlier?   I released my prisoners to find their own way and help out the locals.  I figure this way, they will also keep my vegetable garden safe while they look for plenty of aphids in and out.  Or fly away which would be typical if there's not enough food.  Whether my home or my neighbors, I learned that it's all about balance and I'm enjoying the journey!

The use of pesticides kills my enemy and therefore kills my friend.

The ladybug uses the part of its body which gives it its color for more than just protection from predators. The elytra on its back are actually a modified forewing. Instead of using it to fly, the ladybug uses it to protect its hind wings, which are positioned underneath.  Ladybugs also have one other trick up their sleeve. They ‘play dead'. They pull their six legs up so they cannot be seen and do a ‘reflex bleed'.

Ladybugs winter hibernate in California's mountains where they gather in clusters. They rely on winds to carry them to valleys where they might find abundant amounts of aphids to eat,   1 ladybug can consume  5000 insects in their lifetime of 1-2 years.

Ladybugs don't only eat aphids but also scale insects, mealybugs, and mites.   When such resources are low, the adults will eat pollen.

There are more than 400 species in North America.  A female might lay anywhere from 250 to 500 eggs in her lifespan.

With little spikes on their backs to protect them, larvae spend most of their lives eating nearby insects. Constant food ingestion makes a larva so big that its skin falls off several times. 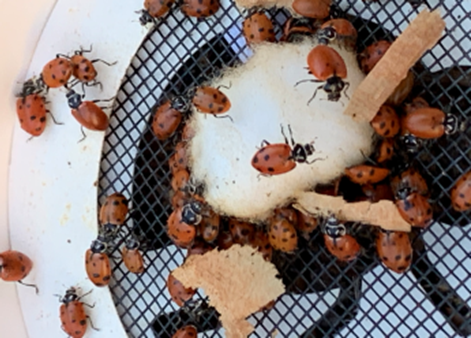 Enough of the honey, check out your new world. 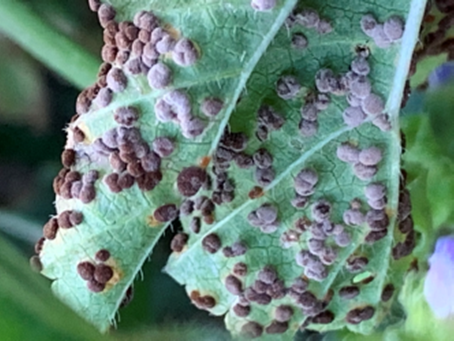 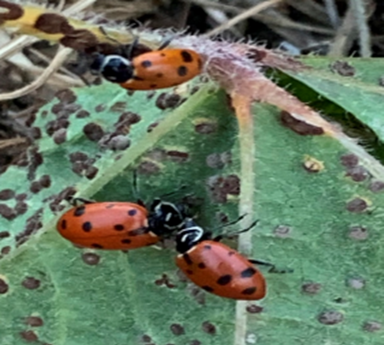 Marching out to look for dinner. 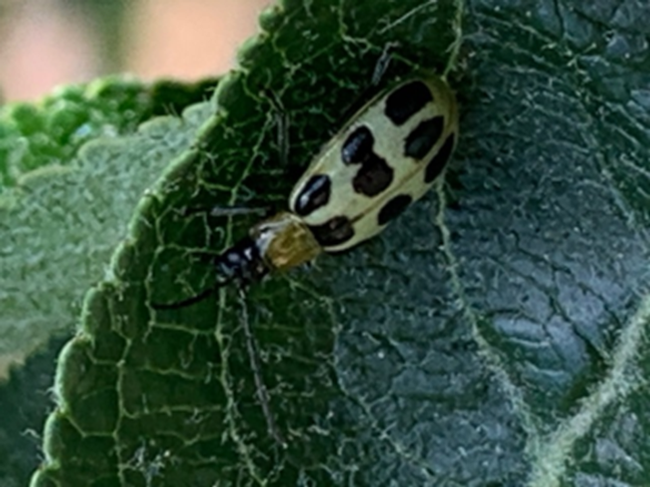