One of Clay Ford's bees pollinating lavender in Dixon. (Photo by Kathy Keatley Garvey)
The bees, they're gone.

The fast-moving Vacaville Fire, part of the LNU Lightning Complex fires, claimed 73 of his 81 beehives.

National award-winning photographer Paul Kuroda of Piedmont photographed the raging fire and the melted bee boxes and honeycombs. "I didn't get stung," Kuroda said. "I heard they go for eyes and mouth, so I put on goggles with my mask."

Clay loves his bees and the family history of beekeeping. "My great-great grandfather in New Hampshire was a beekeeper," he said. (See his video on YouTube) Clay Ford of Clay's Bees. (Facebook photo)
"(It's) sort of neat to find that in some kind of way bees were in my history," he relates in the video.  He initially thought "flying stinging insects--why would I want to be associated with that? Sounds dangerous."

"But anyways once getting to know the craft and the bees, really there's almost nothing better, in my opinion, than to open a hive in the mid-spring with a little bit of nectar flowing. You open it up and the bees are just sort of sitting there humming...I mean it's absolutely wonderful."

But now the Vacaville bees are mostly gone. His out-of-town hives remain at a lavender farm, Araceli Farms, in nearby Dixon. (In a Bug Squad blog last June, we toured the lavender farm during Lavender Day and mentioned his Cordovan bees, "the color of pure gold.")

Clay also rents his bees to almond growers during the pollination season, but he won't this year. It's time to rebuild.

"Next year I'll be 60," he said. He and Karen will be rebuilding the boxes, replacing the equipment and recovering from the tragic loss of the Vacaville Fire.

Friends, neighbors, the beekeeping community and others who want to help Clay's Bees recover, can contact him at claysbees@gmail.com, access his Facebook page at https://www.facebook.com/ClaysBees/, or text him at (707)-681-9397. VENMO: @Clay-Ford-5. Or checks can be mailed to Clay's Bees at 212 Brookdale Drive, Apt., 1, Vacaville, Calif. 95687. Contact the Pleasants Valley Agricultural Association for more information on how to help the other farmers who lost their livelihoods and the residents who lost their homes. 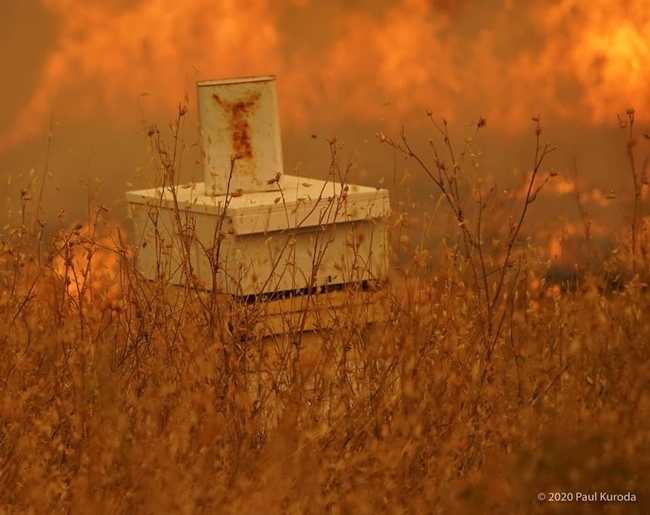 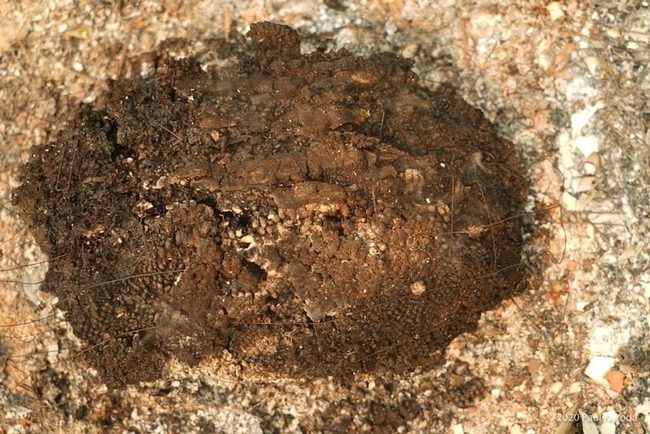 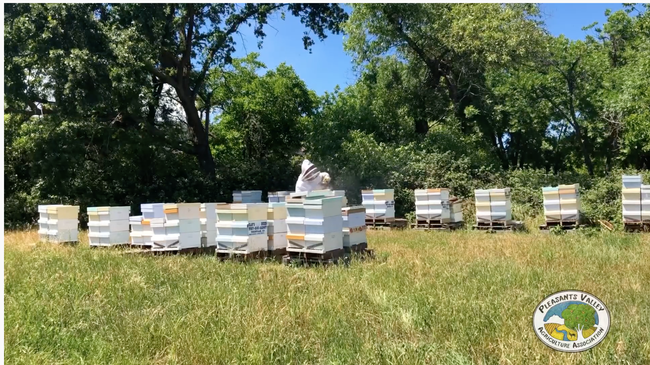 These are some of the bee hives that Clay Ford of the Pleasants Valley Honey Company, also known as Clay's Bees, lost to the Vacaville Fire. (Photo from YouTube video, Pleasants Valley Agricultural Association) 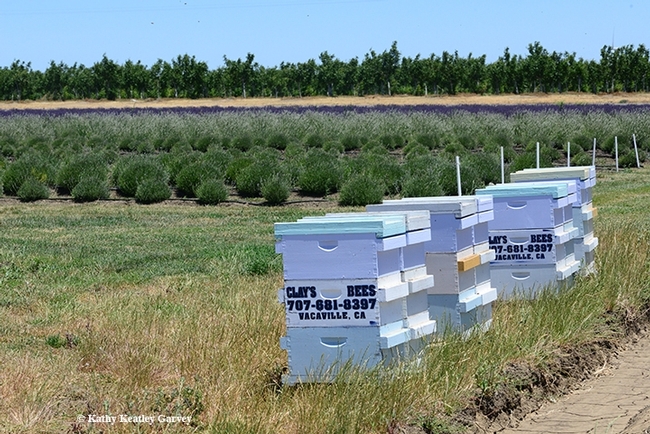 These are Clay's Bees at a lavender farm in nearby Dixon. This image was taken in June 2019 during Lavender Day. (Photo by Kathy Keatley Garvey) 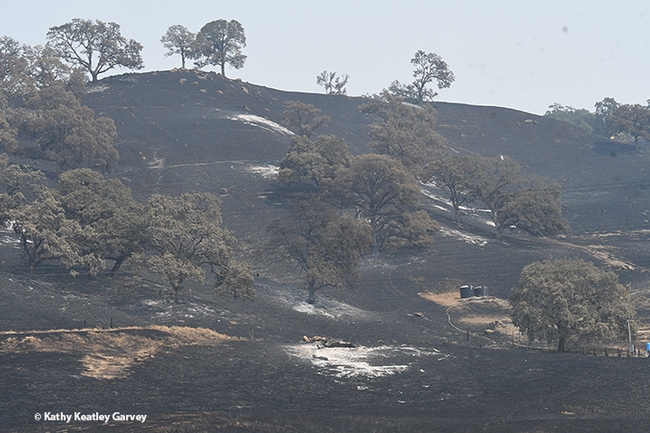