The Bohart Museum of Entomology at the University of California, Davis, is hosting a virtual open house dealing with alfalfa and rice.

Cooperative Extension agricultural specialist Ian Grettenberger, assistant professor, UC Davis Department of Entomology and Nematology, and his graduate student, Madison "Madi" Hendrick, will discuss the crops, the pests, and the natural enemies or beneficials at a virtual Facebook live session from 11 a.m. to noon, Thursday, Oct 22.

Yes, this applies to you. If you're a scientist or would-be scientist, you'll want to know more about these agricultural crops and the issues. If you're a consumer and like rice and ice cream (dairy cows eat alfalfa and milk comes from ice cream, you have a stake in this.

The event, "The Good and the Bad: Insects and Other Arthropods in Agriculture, with a Focus on California Rice and Alfalfa," will be live-streamed on the UC Davis Bohart Museum of Entomology's Facebook page. (Link to Facebook live here). Grettenberger and Hendrick will present short talks and then field questions.  No personal Facebook account is required to join the session, which is free and open to the public. This is a Western yellow-striped armyworm, a pest of alfalfa
"This is all about the arthropods, both the pests and beneficials that they study in the rice and alfalfa fields," said Tabatha Yang, education and outreach coordinator for the Bohart Museum of Entomology. "Most of the focus is on insects, but tadpole shrimp in rice fields also will be discussed." A virtual family craft activity is also planned.

"I will be discussing some of the insect (or arthropod) problems faced by growers of rice in California and some of the challenges in managing them, Grettenberger said. "In rice, some of the key arthropod pests are tadpole shrimp, which can turn what would have been a lush stand if rice into a poor stand with a lot of floating seedlings. Meanwhile, later in the year, armyworm caterpillars, the larvae of a moth, can chew on rice leaves and destroy plants. I'll discuss some of the ongoing work to better understand and manage these pests."

Tadpole shrimp, a pest of rice. (UC IPM Photo by Jack Kelly Clark)
Grettenberger joined the UC Davis Department of Entomology and Nematology in January 2019. Grettenberger, who fills the vacated position of Larry Godfrey (1956-2007), received his bachelor of science degree in biology, with an ecology, evolution and organismal emphasis (honors program) in 2009 from Western Washington University, Bellingham, Wash., and his doctorate in entomology in 2015 from Pennsylvania State University, State College, Pa. He served as a postdoctoral researcher in the Godfrey lab and later, the Frank Zalom lab, before accepting his current appointment of assistant Cooperative Extension specialist.

What sparked his interest in entomology? "I had biologist parents, and was drawn into entomology at a pretty young age," Grettenberger said. "I spent plenty of time looking in flowers and turning over logs looking for insects. Once I started thinking about going to graduate school for entomology, I decided to focus on the intersection of agricultural entomology and insect ecology. I wanted to work on applied issues in entomology."

Hendrick, a second-year graduate student in the Grettenberger lab, received her bachelor's degree in iInternational studies at North Carolina State University, and also spent a semester at Nagoya University in Japan (she minored in Japanese).

"I got my start in entomology completely by chance!," Hendrick related. "I needed a science credit and happened to pick a class called 'Insects and People.”' That class really helped me to reframe the way I thought about insects and appreciate what interesting little critters they are. Through that class, I was also able to get a job as an undergraduate assistant in an entomology lab. I worked in a specialty crops lab, where I developed interests in integrated pest management and invasive species. I now study insecticide resistance in the alfalfa weevil, and I'm excited to share what I've learned through this outreach event!"

"This year, the Kearney Research and Extension Center Alfalfa and Forage Field Day went virtual," Grettenberger wrote. "Attendees did not get the chance to look out over lush fields of alfalfa or towering plantings of sorghum, but they get did an update on ongoing work in alfalfa and other forages. Our team put together a rapid-fire video to discuss what are typically the key insect pests in California alfalfa: summer worms, alfalfa weevils, and aphids."

The summer worms in alfalfa include the summer worms: Western yellowstriped armyworm, beet armyworm and alfalfa caterpillar. Another key pest is the alfalfa weevil. The trio also discussed  aphids and their natural enemies, including lady beetles, aka ladybugs).

More information on the Bohart Museum's virtual presentation is available on its website or by contacting Yang at tabyang@ucdavis.edu. 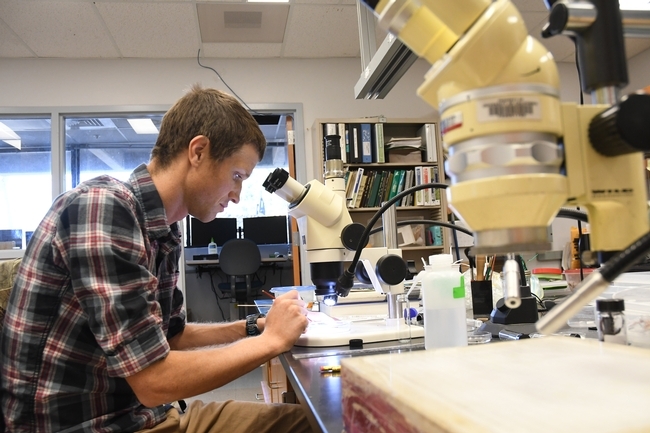 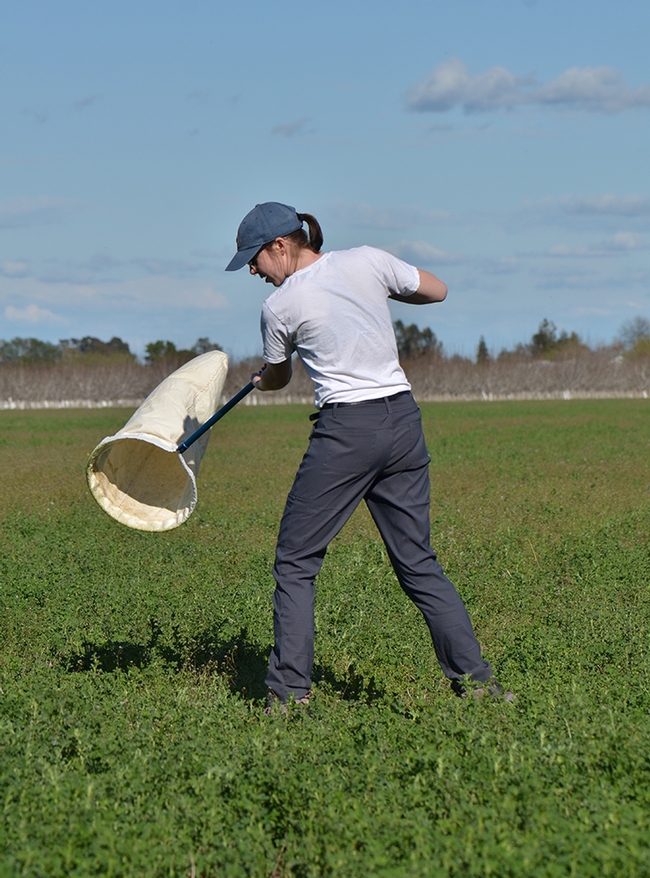 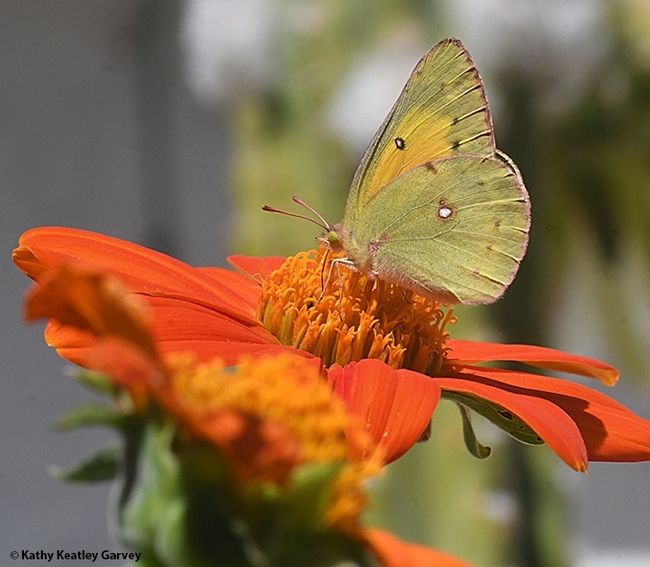