Entomology & Nematology News
sitenum=270
UC News about Entomology and Nematology.
A Discovery in the Hammock Lab May Lead to Treatment of Alzheimer's Disease
Published on: December 17, 2020 “Inflammation in the brain, or neuorinflammation, is strongly implicated in Alzheimer's disease,” said Hammock, co-author of a research paper, “An Epoxide Hydrolase Inhibitor Reduces Neuroinflammation in a Mouse Model of Alzheimer's Disease,” published Dec. 9 in the journal Science Translational Medicine.

“This paper is getting worldwide attention, and I hope it stimulates research on the role of lipid mediators in brain health” said Hammock, who holds a joint appointment with the Department of Entomology and Nematology and the UC Davis Comprehensive Cancer.

A team of eight scientists, led by Hui Zheng of the Baylor College of Medicine, Houston, explained that the enzyme, soluble epoxide hydrolase (sEH), is elevated in the brains of patients with Alzheimer's disease (AD) and in an amyloid mouse model with AD. Blocking sEH “may replenish the natural epoxy lipids, combat neuroinflammation, and improve cognition,” they said.

Hammock describes sEH as a key regulatory enzyme involved in the metabolism of fatty acids. It regulates a new class of natural chemical mediators, which in turn resolve inflammation while reducing blood pressure and pain.  Hammock and his lab have been involved in research on this enzyme for more than 50 years.

“Inflammatory processes are known to be associated with the pathology and neurodegeneration associated with Alzheimer's disease," said Dr. Charles DeCarli, director of UC Davis Health's Alzheimer's Disease Center, a National Institutes of Health-funded research center funded by the National Institutes of Health. "While the exact mechanisms remain elusive, these new data offer a unique avenue for novel therapeutic development and may be the first step in the process of finding an effective treatment for Alzheimer's disease."   DeCarli, who was not involved in the Baylor-UC Davis study, is a distinguished professor of neurology in the Department of Neurology and the Center for Neuroscience. He serves as the Victor and Genevieve Orsi Chair in Alzheimer's Research and directs the Imaging of Dementia and Aging laboratory. In their abstract, the scientists explained that epoxy fatty acids “are derivatives of the arachidonic acid and omega-3 fatty acid metabolism pathways and have anti-inflammatory activities. However, their beneficial efficacy is limited because of their rapid hydrolysis by the soluble epoxide hydrolase (sEH).”

Zheng, director and professor of Baylor's Huffington Center on Aging, also holds joint appointments with Baylor's Department of Molecular and Cellular Biology and the Department of Molecular and Human Genetics. Her laboratory focuses on basic and translational research on Alzheimer's disease. “Our expertise is mouse genetics, and we are known for using sophisticated mouse models and innovative approaches to probe the biology and pathophysiology of AD,” she writes on her website.

Hammock added: "We have been lucky to collaborate with the scientists from Baylor and others around the world to find ways to resolve inflammation and reduce chronic diseases of aging.  One of our sEH inhibitors is in human safety trials on a clinical path to treat chronic pain, we are hopeful that the compound also can be repurposed to ameliorate symptoms of diseases in the central nervous system.”

The abstract: “Neuroinflammation has been increasingly recognized to play a critical role in Alzheimer's disease (AD). The epoxy fatty acids (EpFAs) are derivatives of the arachidonic acid metabolism pathway and have anti-inflammatory activities. However, their efficacy is limited because of their rapid hydrolysis by the soluble epoxide hydrolase (sEH). We report that sEH is predominantly expressed in astrocytes and is elevated in postmortem brain tissue from patients with AD and in the 5xFAD β amyloid mouse model of AD. The amount of sEH expressed in AD mouse brains correlated with a reduction in brain EpFA concentrations. Using a specific small-molecule sEH inhibitor, 1-trifluoromethoxyphenyl-3-(1-propionylpiperidin-4-yl) urea (TPPU), we report that TPPU treatment protected wild-type mice against LPS-induced inflammation in vivo. Long-term administration of TPPU to the 5xFAD mouse model via drinking water reversed microglia and astrocyte reactivity and immune pathway dysregulation. This was associated with reduced β amyloid pathology and improved synaptic integrity and cognitive function on two behavioral tests. TPPU treatment correlated with an increase in EpFA concentrations in the brains of 5xFAD mice, demonstrating brain penetration and target engagement of this small molecule. These findings support further investigation of TPPU as a potential therapeutic agent for the treatment of AD.” 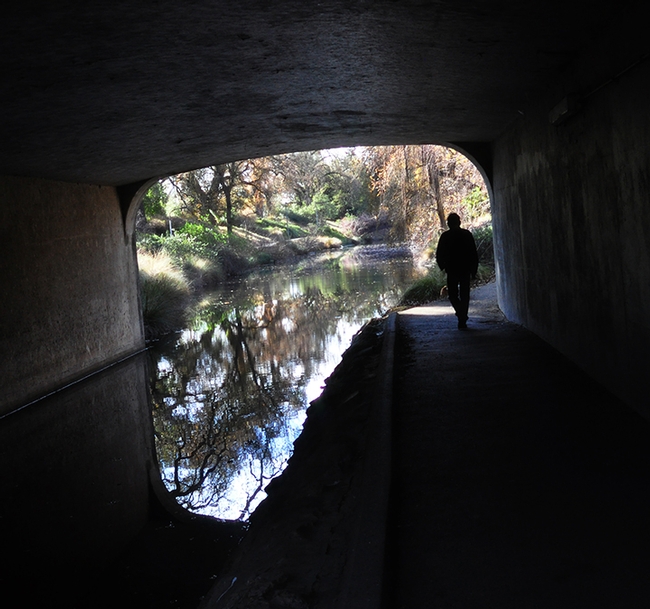