Food technology has been bad for human health
Published on: April 8, 2011

With the possible exception of stone tools and fire, food technologies have done more harm than good to human health, according to an article in yesterday's Los Angeles Times.

The story was based on a research review published by a Boston physician in the current Journal of the American Medical Association, which traced food technology from pre-historic times to the present. The stone tools that made it possible for humans to hunt large animals and the fire that made meat safe allowed humans to evolve large brains.

The development of grain-based agriculture roughly 12,000 years ago made it possible for the human population to multiply and create advanced civilizations, but also made for a less nutritious diet. The Industrial Revolution of the 18th and 19 centuries made it possible to mass produce flour and sugar.

“This era culminated in the widespread dissemination of ultra-processed products such as fast food throughout the United States,” the article quoted David Ludwig, director of the Optimal Weight for Life program at Children's Hospital Boston.

To illustrate the point, Times writer Karen Kaplan referred to a 2007 CNN story about UC Berkeley plant biologist Todd Dawson. Dawson can test a strand of hair to determine how much corn is in a person's diet by looking for a form of carbon found in corn.

Dawson tested a strand of CNN reporter Sanjay Gupta's hair. Sixty-nine percent of the carbon came from corn, an amount typical for Americans.

"We're like corn chips walking because we really have a very, very large fraction of corn in our diets, and we actually can't help it because it's an additive in so many of the foods we find on the market shelves," Dawson said. 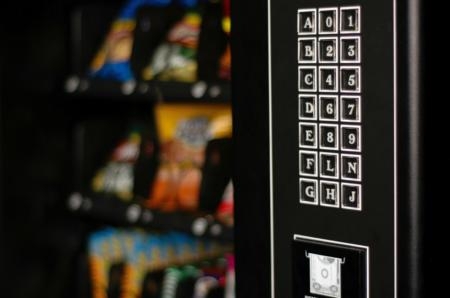 Americans eat so much corn, "we're like corn chips walking," says a UC Berkeley scientist.
Tags: junk food (1), nutrition (64), processed food (1)
Comments: 1
Comments:
by Bryon J. Noel
on April 8, 2011 at 9:53 AM
So is corn bad for us? When I look at my junk food ingredients it lists 5 different types of grains used along with a great variety of other foods used for flavorings. I think this offers more variety than most breads... Though the high salt and other ingredient keep it from being healthy.
Leave a Reply: