A while back, I planted some winter seeds that a friend had given me, which included cilantro (Coriandrum sativum), onions (Allium cepa), and spinach (Spinacia oleracea).  All of the seeds were mixed together, so for some fun winter gardening, I planted them in a medium-sized container to see what I would get.

Once they grew a bit, I thinned them out so each seedling had its own space to grow.

The first seedlings to peek through the soil had two long and narrow leaves.  The next set of seedlings to appear had just one thin, long, straight vertical leaf – maybe the onion?   And the last one to pop up had two oval-shaped leaves that looked like spinach.

These seedlings were nothing like I had expected for cilantro, onions, or spinach leaves.  However, that was not a problem, as what I saw was one phase of many for normal plant growth. The first one or two sprouts that most seeds put out are called “cotyledons” (kaa tuh lee dn).  Cotyledons are also referred to as seed leaves, embryonic leaves, and first leaves.

Cotyledons are not considered “true” leaves of the plant because they are actually part of the seed or embryo. These seedling leaf sprouts are a storage area for the seed's nutritional reserves and will emerge through the soil in different forms that vary between plants. Sometimes the cotyledons will remain underground to serve as a food source for the plant, such as with peas.  In either case, the cotyledons are necessary for seedling development.

As always, what seems to be a simple observation about a garden wonder can turn into another discovery adventure that triggers many other questions to investigate. 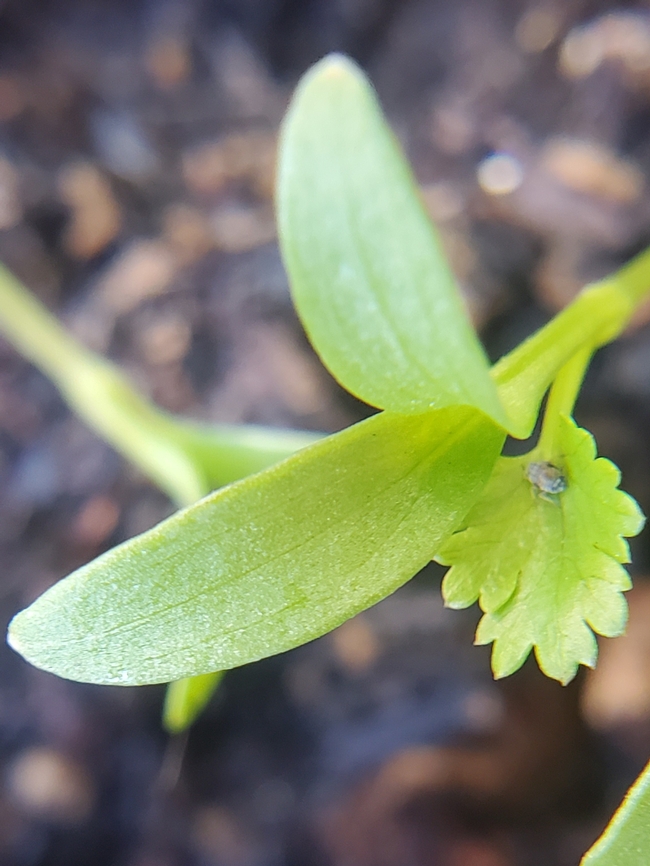 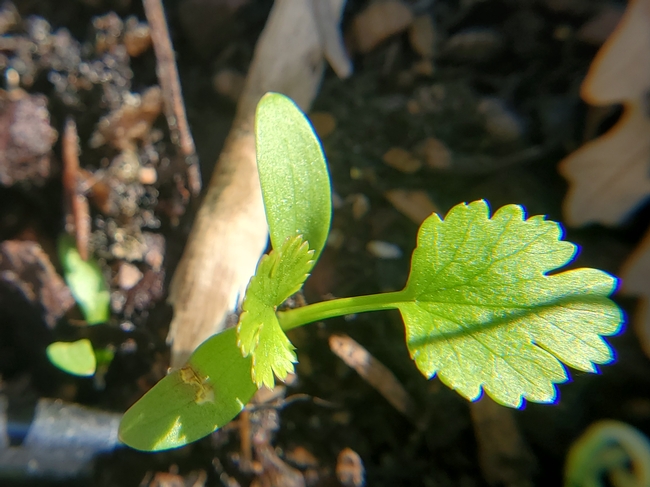 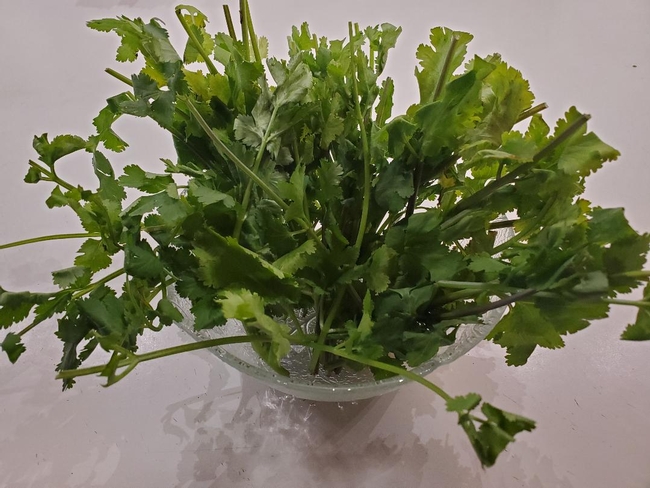