One response to the suggestion that an herbicide be used to control aquatic weed problems in water is concern that the treatment will reduce the dissolved oxygen content of the water, with possible adverse effects on fish and other aquatic biota.  In fact, some herbicide formulations even have warnings on their label to only treat one-half of a pond.  However, a recent study on treating water hyacinth (Eichhornia crassipes) in the Sacramento-San Joaquin River Delta demonstrates that a decrease in dissolve oxygen is not necessarily the outcome after an herbicide treatment.

The authors had several findings from the study:

First, dissolved oxygen was always statistically higher in the open water areas (without a canopy of water hyacinth) than in any other plot, treated or untreated.  The plant canopy itself adversely effects dissolved oxygen.

These findings will be reported in a special issue of the Journal of Aquatic Plant Management to be released in 2021, available as open access. The paper, entitled “Dissolved oxygen under water hyacinth following herbicide application,” was authored by John Miskella, John Madsen, Angela Llaban, and Edward Hard. 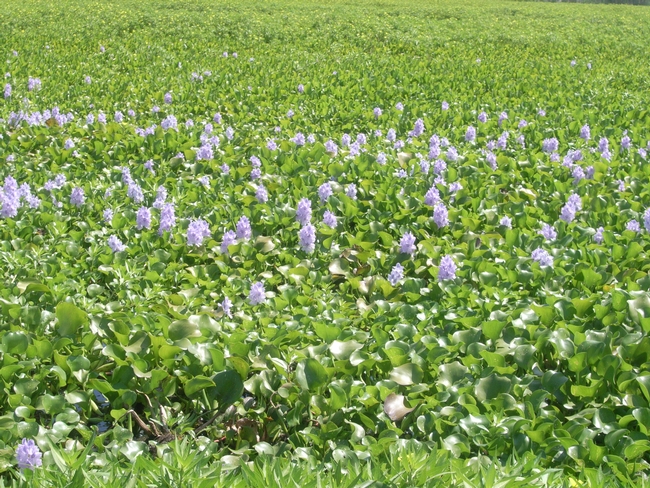