The role fresh vegetables play in maintaining good health is no secret. But, according to a University of California scientist, eating from a particular group of vegetables can help protect the body from lethal illnesses like cancer.

These extraordinary vegetables are in the cruciferous family - including broccoli, kale, cauliflower and Brussels sprouts.

UC Berkeley toxicology professor Len Bjeldanes says cruciferous vegetables are good sources of the natural chemical compound diindolilmentano, or DIM. DIM suppressed harmful cells in studies with rats and Bjeldanes believes it can have the same effect in combating cancer in humans.

"We were really surprised to see that we've got about an 80 percent reduction in the amount of virus that could proliferate in those animals when we gave them the combination with DIM," said Bjeldanes, who is conducting the experiments with colleague Gary Firestone, a molecular biologist. "This is really a very strong indication that this is helping the body deal with these immune insults, like in this case a virus."

“This makes our finding that cruciferous plants contain an anti-androgen important,” he said. "DIM is the first example of a naturally occurring anti-androgen from plants that we know of. So this is quite remarkable."

DIM may also play a role in suppressing breast cancer.

The scientists will next determine whether protective effects of DIM found in experiments with rats will manifest themselves in human studies.

Bejeldanes cautions that eating cruciferous vegetables is not a miracle cure for cancer. But he encourages people to include vegetables rich in DIM in their diets. The vegetables will give a boost to the body’s immune system, enabling it to defend against all manner of illnesses.

"These are chemicals that are important in activating the immune response and help the body fight the bad guys, like bacteria or viruses,” he said.

To get the most immune-boosting compounds from broccoli and other cruciferous vegetables, nutrition experts suggest eating them raw, in salads, or lightly steamed. Boiling the vegetables destroys more than half the nutrients. 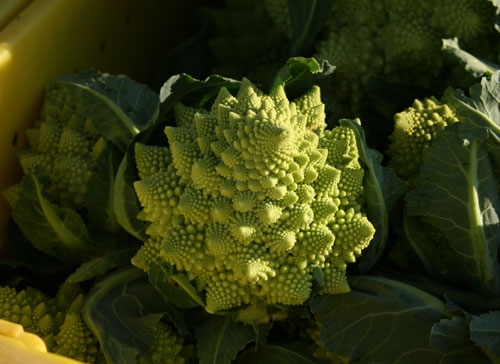