The Fresno Bee today published an op-ed piece by UC Davis Chancellor Linda Katehi in which she gave examples of how UC Davis research has revolutionized the growing, harvesting and processing of agricultural crops in the San Joaquin Valley.

The article was prompted by Katehi's recent two-day tour of the valley with the dean of the UC Davis College of Agricultural and Environmental Sciences Neal Van Alfen. The administrators met with farmers, business leaders, policy makers, researchers and alumni of UC Davis.

"The San Joaquin Valley, one of the most significant farm production regions in the world, has a history that has been intertwined with UC Davis for generations," Katehi wrote.

Katehi asked valley residents to send a message to Sacramento lawmakers who are trying to agree on the state's 2011-12 budget about the importance of UC Davis to the state's heartland.

"The San Joaquin Valley is too important to California, the nation and the world to not be heard from," Katehi said. 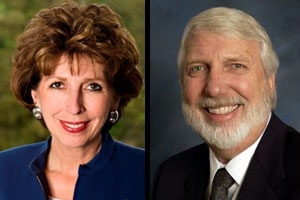