Cattle ranchers are enjoying an economic boon, reported Reed Fujii of the Stockton Record. In March, beef cattle were being sold at an all-time high of $1.16 a pound, a jump of more than 40 percent in less than two years.

"One of the things that happened a few years ago: We had these incredibly high grain prices, and beef prices didn't go up, so that meant guys were selling," Sumner was quoted.

In addition, it takes time to beef up production.

"Cattle make cattle; the only way you make marketable animals is to have breeding stock," Sumner said.

To do so, however, will further reduce beef supplies in the short run.

A steak house owner told Fujii that so far he has not increased the prices of beef on the menu.

"I've absorbed everything for the last year or so on beef," he said. 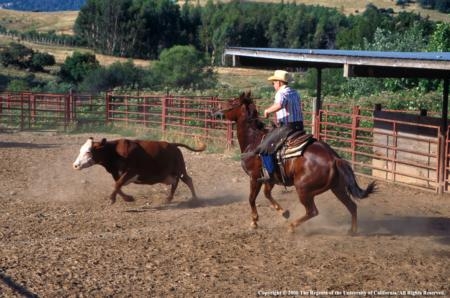