The UC Davis Ecological Garden is teeming with eggs, larvae, pupa and adults. The butterflies there seem particularly fond of nectaring on Jupiter's beard, Centranthus ruber.

You can't miss them. The eggs are red or rust-colored. The larvae or caterpillars are black with bright orange spots on the ends of tubercles in rows along their body. The adults are black with blue iridescent upper wings and orange arrowhead-like spots on their inner wings.  The chrysalids or pupae we've seen are a drab brown.

"The signature riparian butterfly of our region, occurring along streams in foothill canyons and on the Central Valley floor, essentially everywhere where its only host plant, California Pipevine or Dutchman's Pipe, Aristolochia californica, occurs... It is unmistakeable and very conspicuous as both a larva and an adult. Only the pupa is cryptic (either brown or green, with a delicate golden filigree)."

"This species is warningly colored and inedible to vertebrate predators," he writes. "It derives its protection from the toxic aristolochic acids produced by the host, which it sequesters; females even pass these along to the eggs, which are also protected (and are brick red, laid in bunches of up to 20, and quite conspicuous). Eggs are laid only on young, tender, growing shoot tips and the larvae must begin by feeding on these. Initially they feed in groups. As they get larger they scatter and can tackle large, mature leaves. But because these react to feeding damage by becoming more toxic and unpalatable, a larva will feed on a single leaf only for a short time and then has to move on. Eventually most or all leaves end up damaged, but few are badly damaged. The larvae also feed eagerly on the immature fruits, which look like small bananas with fluted edges. In big swallowtail years little if any seed ends up being set." (See more on his website.)

If you've never seen the Pipevine Swallowtails in the nine-acre Hallberg Butterfy Gardens, a wildlife sanctuary in Sebastopol, West Sonoma County, you should. They are a delight to see. Owner Della Hallberg planted the native Dutchman's Pipe in her garden in the 1920s. It's now considered one of the oldest garden sin the country.  Her daughter, Louise Hallberg (1917-2017) maintained the garden until her death, keeping meticulous records and thoroughly enjoying showing visitors around. We posted a Bug Squad blog about her and her garden in 2015 and captured an image of her on her front porch.

Pipevine Swallowtails fascinated her and now they will fascinate generations yet to come. 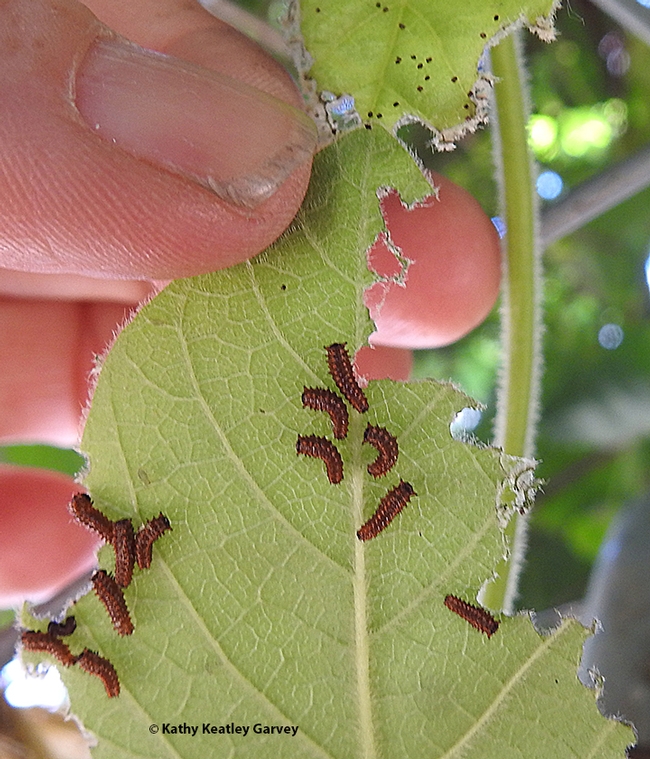 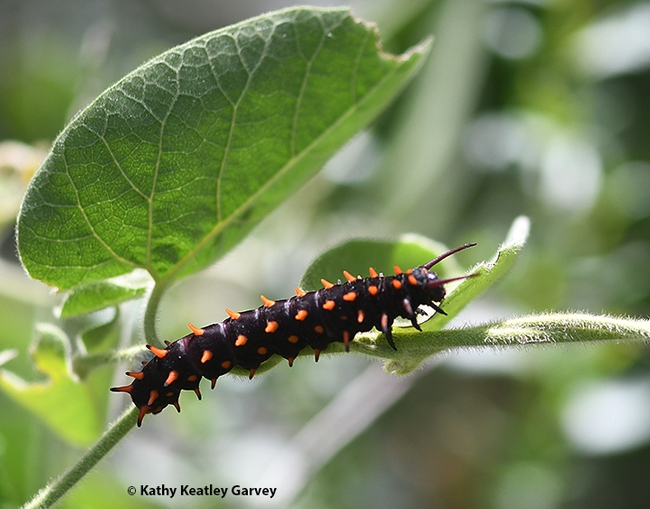 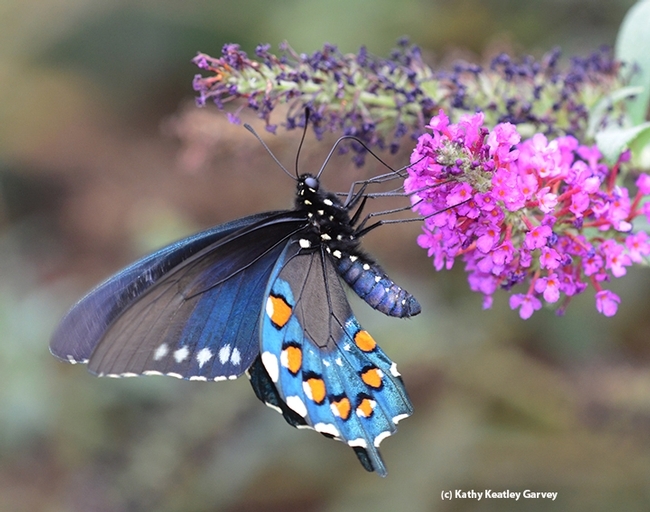 A Pipevine Swallowtail nectaring on a butterfly bush in Vacaville, Calif. (Photo by Kathy Keatley Garvey) 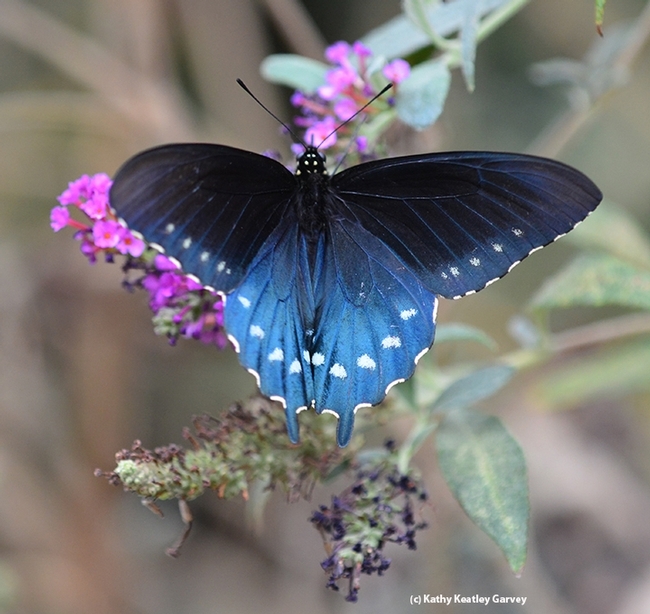