UC Davis distinguished professor Bruce Hammock (left) and researcher Christophe Morisseau of the Hammock lab. (Photo by Kathy Keatley Garvey)
Congratulations to the three UC Davis scientists who are sharing the Royal Society of Chemistry's Horizon Team Award for their click-chemistry work that advances chemistry and pushes the boundaries of sciences.

They are UC Davis distinguished professor Bruce Hammock, who holds a joint appointment with the Department of Entomology and Nematology and the Comprehensive Cancer Center; researcher Christophe Morisseau of the Hammock lab, and Seiya Kitamura, who studied with Hammock and Morisseau while working toward his doctorate as a member of the UC Davis Pharmacology/Toxicology Graduate Group. Kitamura is now a postdoctoral scholar at Scripps Research Institute in La Jolla.

The Royal Society of Chemistry (RSC) applauded the 47-member team of worldwide collaborators “for the development of multidimensional click chemistry, a next-generation click-technology that extends perfect bond creation into the three-dimensional world, opening doors to new frontiers in biomedicine, materials science, and beyond.”

K. Barry Sharpless of the Scripps Research Institute in La Jolla, who won the 2001 Nobel Prize for Sharpless epoxidation, led the team. “His magic is like the click-chemistry he invented,” Hammock said. Seiya Kitamura
“Barry is probably best known for his development of ‘click chemistry' now used in many fields of biology, engineering and medicine,” Hammock related.  “Click chemistry joins two molecules in such a simple and transparent way that people do not even realize they are using what a chemist would call cycloaddition. Barry's chemistry not only joins molecules, it joins diverse disciplines like engineering and medicine. The special magic of Barry Sharpless is he also joins people across disciplines and continents.“

John Moses of the Cancer Center, Cold Spring Harbor Laboratory, New York, submitted the nomination on behalf of the team.

The team wrote in its award packet:  “Click-chemistry and particularly the copper-catalyzed azide-alkyne-Huisgen cycloaddition (CuAAC), has had a profound impact on drug discovery (for which it was intended). It is now the 'go-to' technology in every corner of molecular science. The introduction of   Sulfur(VI) fluoride exchange (SuFEx) in 2014 opened up a whole new world of possibilities for reliable bond-forming technology, particularly for chemical biology applications where the fugacity of sulfur-fluoride functional groups are primed for selective covalent bond formation with active protein sites.”

'Bench Warmer'
Morisseau described click chemistry “as such a ubiquitous tool in multiple aspects of science that kits are sold and the chemistry utilized without even recognizing where it comes from. Many of the beautiful and informative fluorescent pictures of cells on journal covers are based on click chemistry.”

Always humble, Morisseau quipped that his role on the team was minor, that of a “bench warmer.”

“Every good team has a few bench warmers,” Morisseau commented, looking through the list of team members, considered the “who's who of modern organic chemistry” at multiple stages of their careers.

UC Davis Distinguished Professor Bruce Hammock
Hammock said his involvement in click chemistry started when he was on sabbatical leave at UC San Diego.  “Barry explained to me how one could use the SF bonds of SOF4 and related compounds to make additions one at a time and create a defined three-dimensional molecule with high precision.  The potential of these reagents to design new pharmaceuticals and agricultural products was really exciting. Thus, our contribution was being there at the right time to show translation into the real world.”

Hammock is known for his expertise in chemistry, toxicology, biochemistry and entomology. Early in his career, he founded the field of environmental immunoassay, using antibodies and biosensors to monitor food and environmental safety, and human exposure to pesticides. His groundbreaking research in insect physiology, toxicology led to his development of the first recombinant virus for insect control

A member of the UC Davis faculty since 1980, Hammock has directed the UC Davis Superfund Research Program (funded by the National Institutes of Health's National Institute of Environmental Health Sciences) for nearly four  decades, supporting scores of pre- and postdoctoral scholars in interdisciplinary research in 5 different colleges and graduate groups on campus. He is a fellow of the National Academy of Inventors, the National Academy of Sciences, and the Entomological Society of America.  He is the recipient of scores of awards, including the first McGiff Memorial Awardee in Lipid Biochemistry; and the Bernard B. Brodie Award in Drug Metabolism, sponsored by the America Society for Pharmacology and Experimental Therapeutics. At UC Davis he received the Lifetime Achievement Award from the Chancellor, Distinguished Teaching Award and the Faculty Research Lectureship.

Hammock has authored or co-authored more than 1,200 peer-reviewed publications and holds more than 95 patents in agriculture, environmental science and medicinal chemistry.

RSC Horizon Prizes
The RSC Horizon Prizes “highlight the most exciting, contemporary chemical science at the cutting edge of research and innovation,” according to its website. “These prizes are for teams or collaborations who are opening up new directions and possibilities in their field, through ground-breaking scientific developments." The mission of the London-based RSC, founded in 1841, is to advance excellence in the chemical sciences. 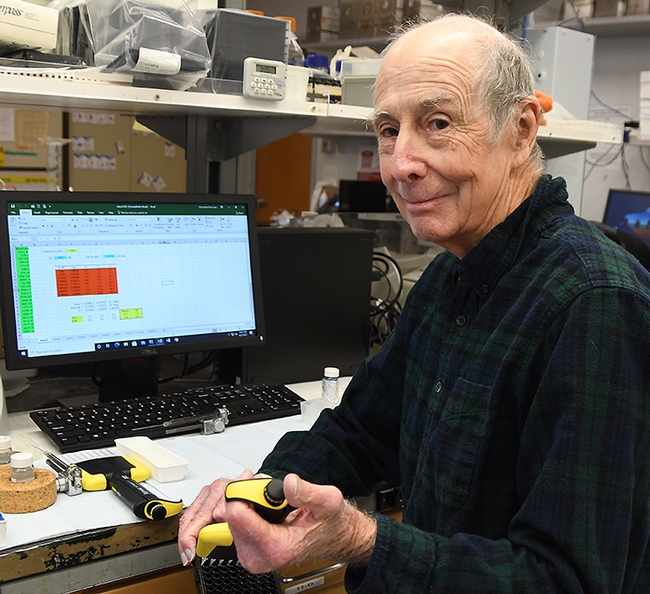 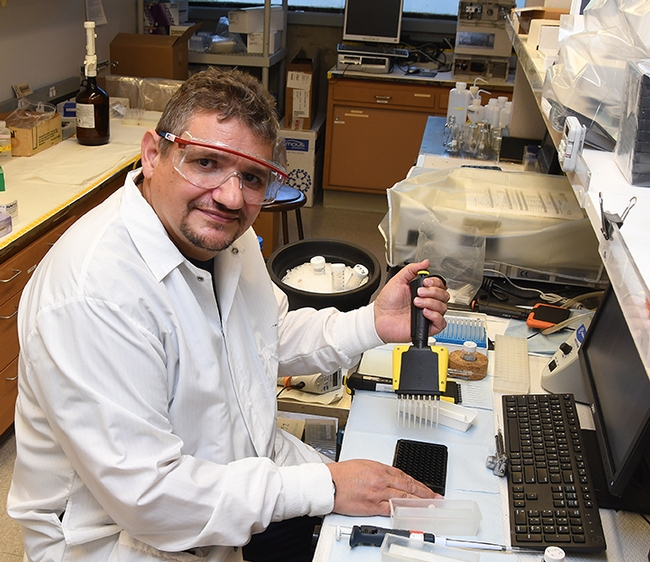