Early scientists figured it was aerodynamically impossible for bumble bees to fly due to their size, weight and shape of their bodies in relation to their total wingspan. And then there were those air resistance issues.

“Antoine Magnan, a French zoologist, in 1934 made some very careful studies of bumble bee flight and came to the conclusion that bumble bees cannot fly at all! Fortunately, the bumble bees never heard this bit of news and so went on flying as usual.”—Ross E. Hutchins, Insects, p. 68 (1968). Magnan's 1934 work, Le Vol des Insectes (vol. 1 of La Locomotion Chez les Animaux).

But bumble bees fly quite well, thank you--and can do so with a heavy load of pollen.

Ever watched the yellow-faced bumble bee, Bombus vosnesenskii, in flight?

We watched B. vosnesenskii foraging on yellow lupine (Lupinus arboreus) last Thursday, June 10 at the Doran Regional Park, Bodega Bay. They went about their bees-ness, ignoring the photographer who was trying capture a few images of them. Hint: they do not brake for photographers.

The red pollen looked too massive to carry, but the bumbles--as entomologists call them--lumbered right along. Who says we can't fly? 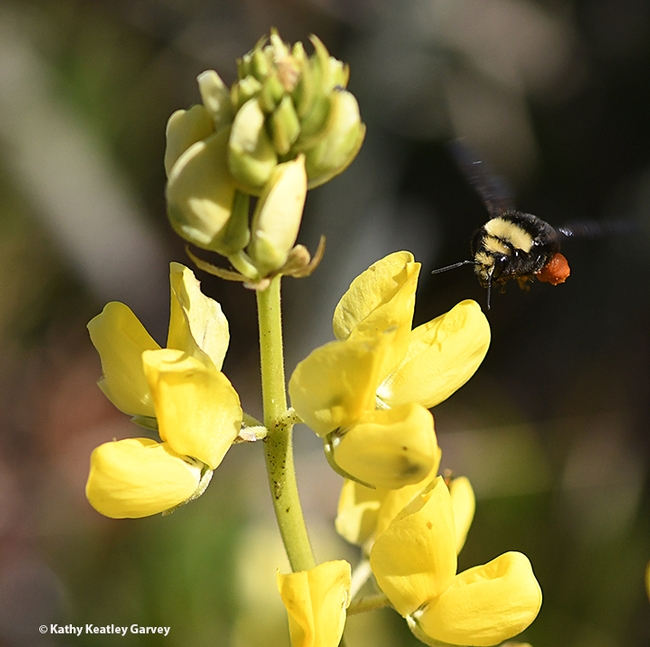 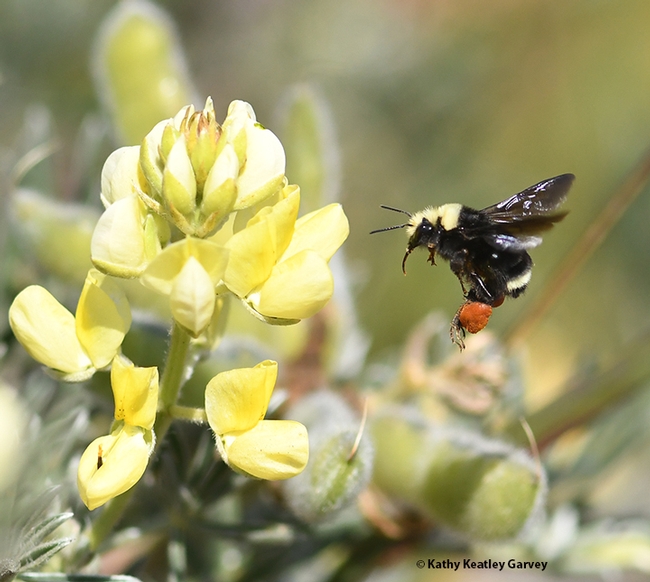 Scientists used to think that the flight of the bumble bee was aerodynamically impossible. But nobody told the bumble bee it couldn't fly! (Photo by Kathy Keatley Garvey) 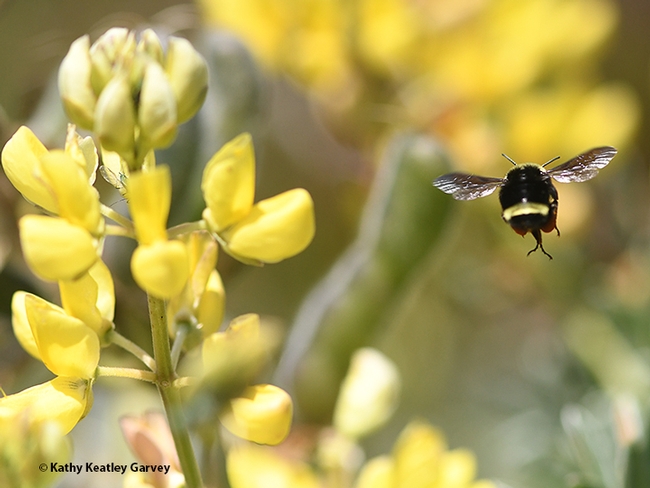