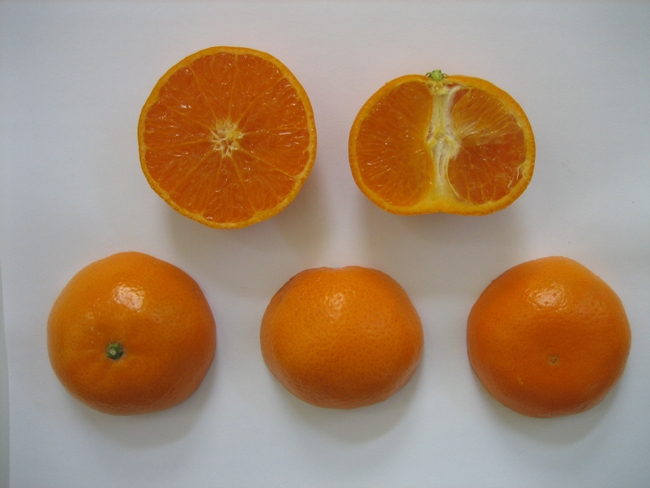 Tags: citrus (15), genetics (4), Mandarins (3), orange (3), Punjab (1)
Comments: 5
Comments:
by Adil
on June 24, 2012 at 2:48 PM
is is available in Sacramento?
by Iqbal Pittalwala
on June 26, 2012 at 10:50 AM
Yes. Duarte Nursery is the ‘KinnowLS’ licensee that is closest to Sacramento.
by Douglas Cable
on January 28, 2017 at 3:44 PM
where is the closest location to Orange County CA where it is available?
by Nighat Siddiqi
on November 14, 2017 at 7:07 AM
I find most of the seedless citrus fruits lose their taste and are very bland. I wonder if this KinnowLS will be able to maintain the strong citrus taste and yet lose its seeds?!
by Serge
on October 19, 2021 at 2:06 PM
The flavor is excellent and it will stay viable on the tree for an astounding length of time. This is truly a wonderful cultivar.
Leave a Reply: