Nadav Aharonson, 1934-2021
Internationally known scientist Nadav Aharonson of Israel, a UC Davis alumnus celebrated for his expertise on pesticides and their impact on agricultural crops, died recently in his hometown of Ramat Ha-Sharon at age 87.

Aharonson, a friend and colleague of UC Davis distinguished professor Bruce Hammock of the Department of Entomology and Nematology--and numerous other scientists affiliated with the USDA's Agricultural Research Services--focused on agricultural and environmental chemistry and environmental toxicology at UC Davis, where he received his master's degree in 1964. His thesis: “Micro Methods for Isolation of Natural Fluorescent Compounds.”

“Nadav was one of the first researchers in Israel and worldwide that dealt with distribution,  degradation (chemical and microbial),  movement and accumulation of pesticides and in plants and the environment and their influence on agriculture crops,” a family spokesperson said. “He developed analytical chemical and biological methods to identify extremely small amounts pesticides or byproducts in agricultural produce, soil, water and air.”

Aharonson published more than 100 scientific papers in peer-reviewed international-leading scientific journals, eight chapters in scientific books and more than 60 papers and publications in Hebrew.” (See Research Gate for some of his contributions.)

“Nadav Aharonson has long been a friend and hero of mine,” said Hammock, who holds a joint appointment with the Department of Entomology and Nematology and the UC Davis Comprehensive Cancer Center.  “Nadav was well known for going far out of his way to assist young researchers in their career and for bringing together international teams to address world problems in agriculture."

"On a personal note," Hammock commented, "he was so kind to my son, in particular, and me when we were in Israel."

Hammock recalled the time that he and his son, Tom, “were wandering in a wild storm through Tel Aviv with massive waves hitting a sea wall.  There was only one guy in sight, huddled over a camera and taking pictures of the waves.  As I passed, I said ‘Nadav?' And he replied ‘Bruce?'   He took us home, dried and fed us, and arranged for Tom to take a tour of architecture in Israel while I was at a symposium at the Weismann Institute."

Aharonson, who died Aug. 6, was born in 1934 in Tel-Aviv. He graduated from high school in 1952 and “then served compulsory military service in a special paramilitary Israel Defense Forces program that combines military service and the establishment of agricultural settlements, often in peripheral areas,” his family said. He later became a member of kibbutz Misgav Am, situated on the northern border of Israel and Lebanon, “where he fell in love with agriculture and preserving earth.”

In 1958 Nadav left the kibbutz to study at the Faculty of Agriculture, University of Jerusalem, receiving his bachelor's degree there in 1961. After completing his studies at UC Davis, he headed back to Hebrew University for his doctorate in environmental chemistry/toxicology, writing his thesis on "Development of Analytic Methods for Identification of Pesticide Residues and Understanding their Influential Mechanisms.”

In 1965 Aharonson “established and began managing the laboratory for pesticide residues as part of the Israeli Ministry of Agriculture,” his family related. “The lab mission was to develop and adapt analytical methods for testing chemical residues in export agriculture produce. This was the first time that such lab was established in Israel.”

In 1971, Aharonson began working at the Agriculture Research Organization (ARO), Volcani Institute, and established the Department of Environmental Chemistry. He managed the lab until 1997. The four-fold focus of the research team: (1) Reduce the amount of pesticide and other contaminants in soil, water and agriculture produce (2) Develop novel nontoxic chemical formulas to replace and minimize the use of toxic pesticides (3) Identify, develop and implement insect pheromones and other volatile plants substances that mediate insect-insect and insect-plant communication and (4) identify and characterize secondary metabolites in plants that provide immunity against insects.

In addition, Aharonson was active in numerous international scientific committees. He spent his sabbatical years at USDA's Agricultural Research Center in Beltsville, MD.

“Nadav retired in 1997, and since then had volunteered and led the efforts in his hometown of Ramat-Hasharon to stop the contamination of the local water by industrial water pollutants,” his family said. “His work contributed to the closure of the contaminated local water supply, providing  safe water to the residents of his town. Nadav later established the local Independent Water Supply authority  and served as the chairmen for eight years."

Survivors include three children and five grandsons. His wife, Ada, died in 2012. 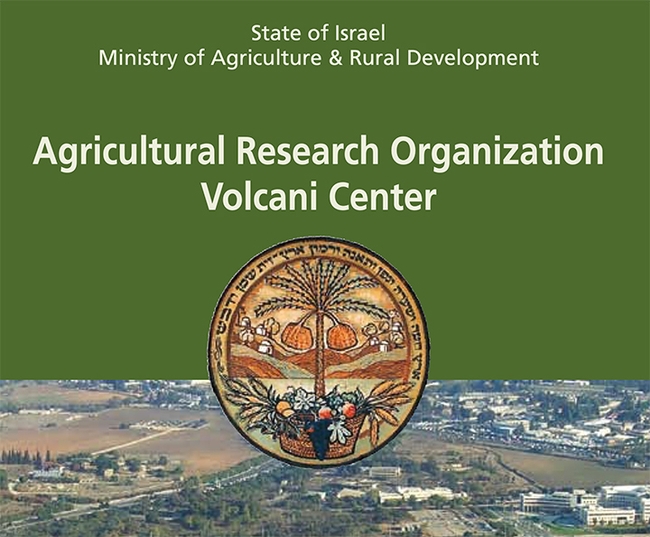