Visitors, from senior citizens to toddlers, crowded into Room 122 to see forest beetles, maggots, lady beetles (aka ladybugs), pipevine swallowtail caterpillars and more.  They checked out the butterfly specimen displays, ant posters, entomological gear, and a huge sculpture of a praying mantis that appeared ready to pounce.

"The crowds were incredible!" Rutkowski said. "I think I read that there were about 70,000 attendees, and we had such a great turnout at all our exhibits. Roach Races was as popular as ever, and Maggot Art drew some pretty big crowds as well! The Roach Races took place at the entrance to Briggs (photos coming), while the Maggot Art (see April 25 Bug Squad blog), drew crowds in the Green Hall courtyard.

"We showed off pests that can be problematic, both in agricultural fields and in home gardens," said Cooperative Extension specialist and agricultural entomologist Ian Grettenberger of the Department of Entomology and Nematology.  "We were highlighting how pests can damage the food we'd like to eat and growers need to grow. At the same time, we also wanted to highlight biological control and the natural enemies out there that can help manage pests." Postdoctoral fellow Buddhi Achhami of the Ian Grettenberger lab adjusts a display of images taken by Grettenberger. (Photo by Kathy Keatley Garvey)
The UC Davis Department of Entomology and Nematology, recognized as one of the nation's top entomology departments, "began as an offshoot of the Department of Entomology and Parasitology at UC Berkeley," according to historical documents. "Entomology at Davis was closely entwined with the department at Berkeley for more than 50 years before it separated and became autonomous. Much of this early record is fascinating and it demonstrates how entomology has always been an integral part of teaching, research and extension on the Davis campus—in effect the department and the campus came of age together."

Some excerpts from the historical document, posted on the website:

"The very first record of entomology being taught at Davis occurred when Professor C. W. Woodworth (from UC Berkeley) spoke to the State Farmers' Institute on Oct. 30, 1907 at Davisville on the "Whitefly Situation in California." This was a forerunner to the Farmers' Short Courses (three to six week courses) which began in the fall of 1908. Professor Woodworth was in charge of the lectures in entomology and assisted by Earl L. Morris, W. H. Volck, and J. S. Hunger—all these individuals commuted to Davis. General lectures on Introductory Entomology, Horticultural Pests, and Pest Control, were given regularly between 1908-1912. In 1912 and 1914 H. J. Quayle also contributed special lectures on crop pests and their control." Pipevine swallowtail caterpillars foraged on their host plant, Dutchman's Pipe. (Photo by Kathy Keatley Garvey)
"A two-year non-degree program was established in entomology at Davis in 1913. L. J. Nichols was one of the instructors who taught general entomology courses and beekeeping from 1913-1915. During the period 1915-1920, A. Coleman was listed as a staff member in entomology and E. R. deOng taught many of the general entomology courses (listed as Entomology 01, 01A, 02, 03, and 04). G. H. Vansell helped with the instruction of these courses beginning in 1920 and in 1922 he became the first instructor to establish residence in Davis. This marked a turning point for entomology at UC Davis and reflected the growing popularity and importance of teaching in the discipline."

Revered Tradition. Everything comes together during the annual UC Davis Picnic Day, billed as "one of UC Davis' most revered traditions and serves as the university's annual Open House for prospective and current students, families, alumni, staff, faculty, and the greater Davis and regional communities," according to the website.

This year officials selected the theme, Rediscovering Tomorrow, "because right now, everyone has the opportunity to rediscover what their future holds," the website points out. "Our campus continues to embrace this opportunity while bringing our UC Davis community back in person. With the first in-person Picnic Day in nearly three years, every attendee can experience Picnic Day with fresh eyes and rediscover their tomorrow at the event."

They did indeed. Those in Room 122 of Briggs Hall discovered--or rediscovered--insects involved in forest, medical and agricultural entomology. 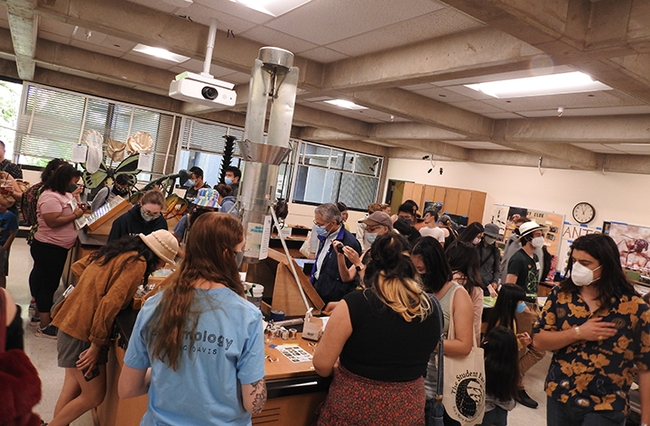 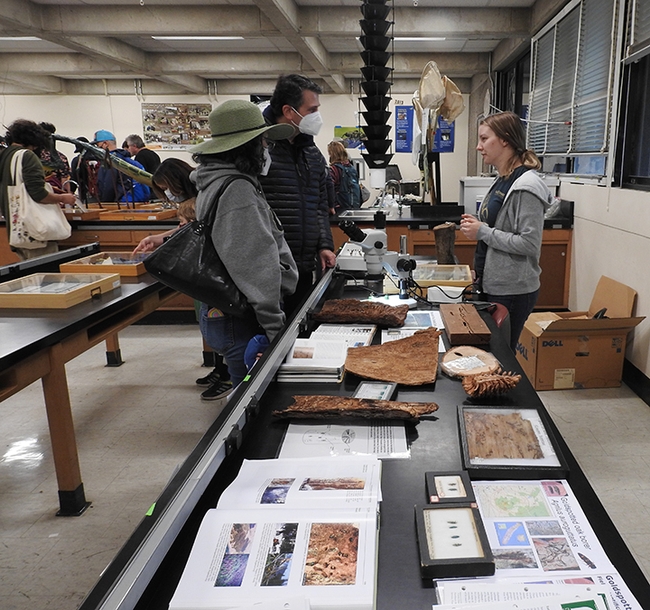 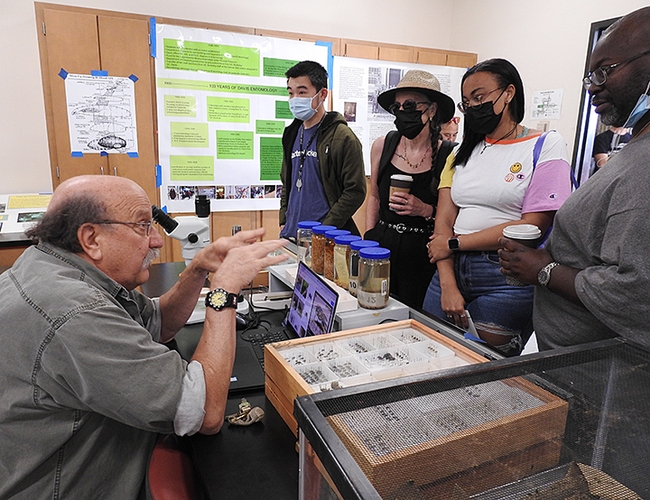 Forensic entomologist Robert "Dr. Bob" Kimsey talks about the importance of forensic entomology. He is the faculty coordinator of the UC Davis Department of Entomology and Nematology's Picnic Day activities. (Photo by Kathy Keatley Garvey) 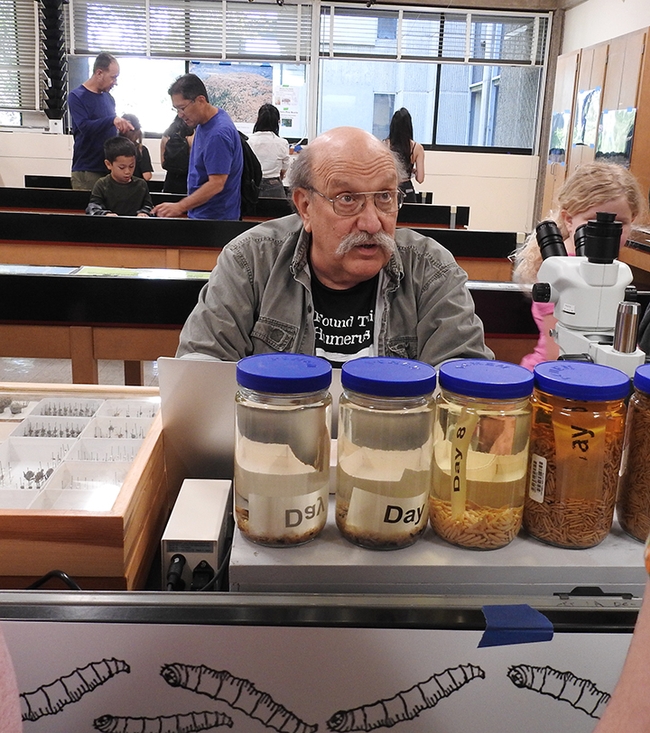 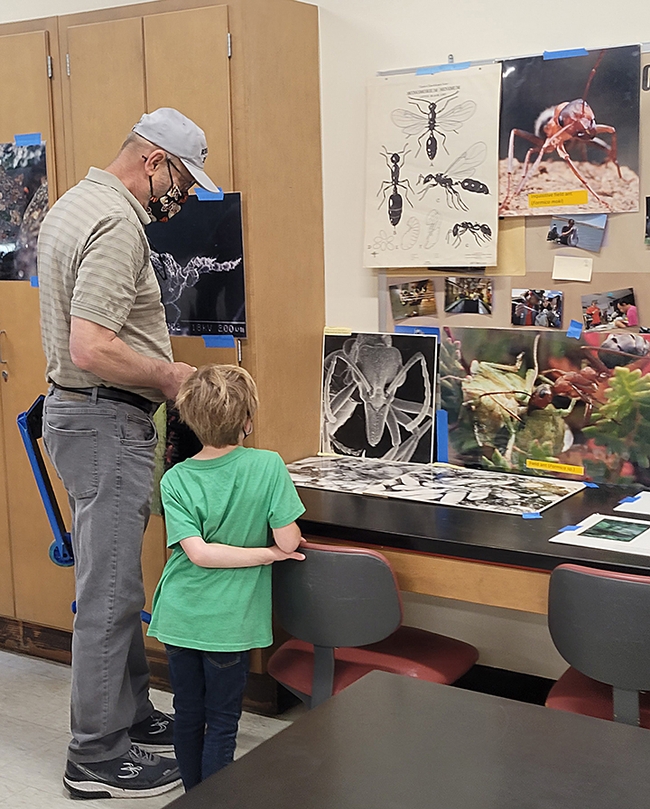 Ant posters from the Phil Ward lab drew the attention of these visitors. (Photo by Danielle Rutkowski) 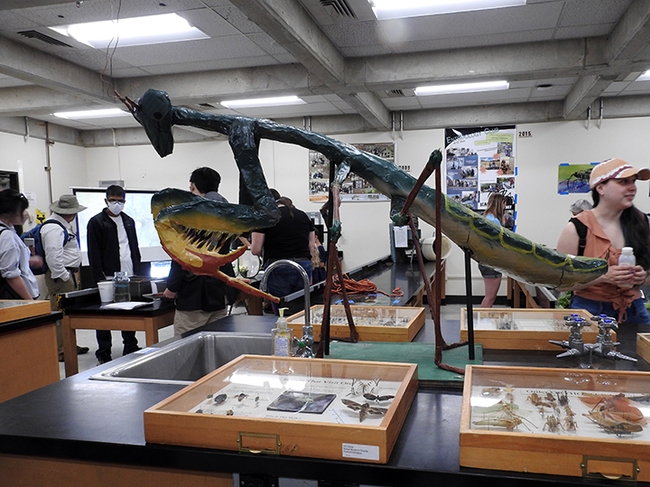 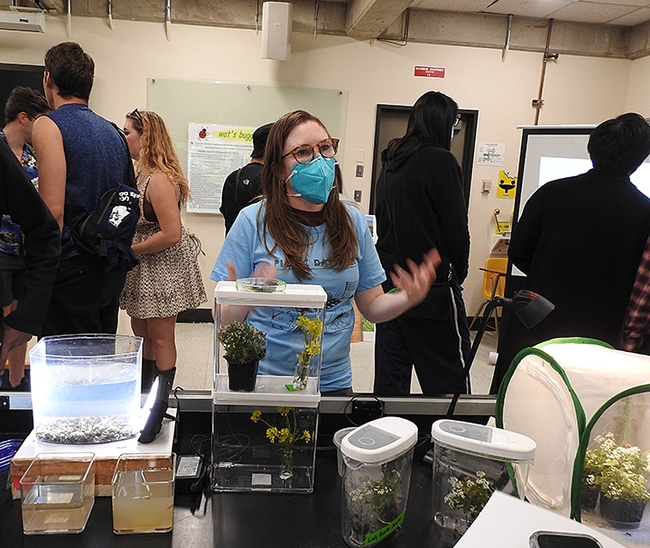 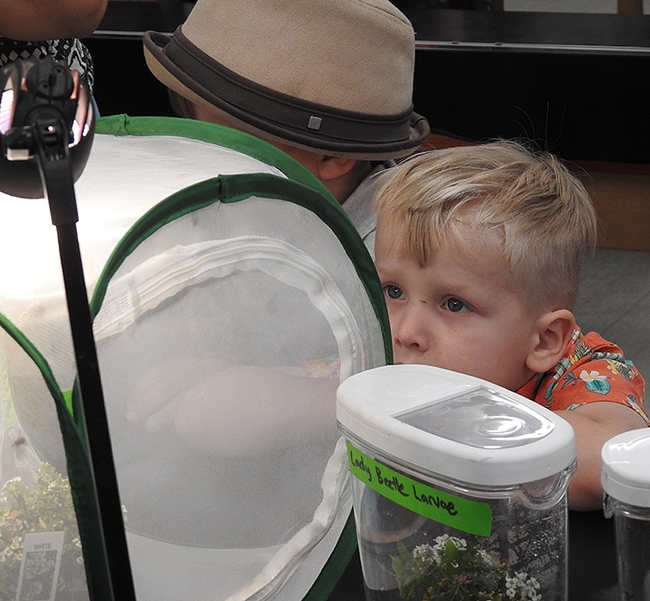 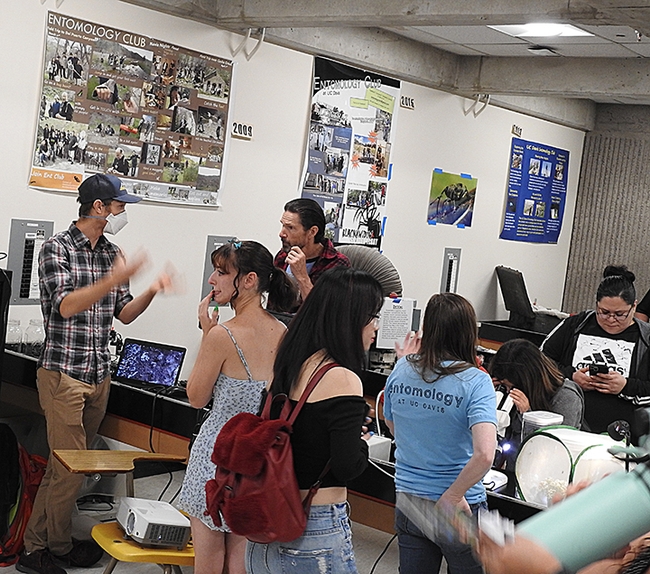