Folks will do just about anything to remove cockroaches from their homes, but when it comes to UC Davis Picnic Day, you can't remove people from them.

Nor would UC Davis Department of Entomology and Nematology want that. Roach Races are an integral part of Picnic Day.

Entomology students organized and directed the races, but the real heroes and heroines were the American roaches, reared by UC Davis entomologists and ready to run.

Spectators applauded them wildly, but gasped when a few of the two-inch insects tried to escape into the crowd.

Cockroaches, which belong to the order Blattodea,  are primarily nocturnal and “have a tendency to scatter when disturbed,” according to the UC Statewide Integated Pest Management Program (UC IPM).

That they did during the Roach Races.

“There are five species of cockroaches in California that are commonly regarded as pests: German cockroach, brownbanded cockroach, oriental cockroach, American cockroach, and Turkestan cockroach," according to UC IPM. "Indoor cockroaches are known as significant pests of public health, and outdoor species that find their way inside are considered serious nuisance pests as well as potential public health pests. Most cockroaches harbor within moist, dark crevices when not foraging for food. They crawl quickly and may climb rough surfaces. A few species can fly short distances or glide as adults during warm nights, but most have no wings, reduced wings, or otherwise do not fly."

UC IPM says that "Indoor infestations of cockroaches are also important sources of allergens and have been identified as risk factors for development of asthma in children, especially within multi-unit housing environments. The levels of allergens present have been directly correlated to both cockroach density and the conditions that contribute to heavy infestations, such as housing disrepair and poor sanitary conditions.”

Sometimes youngsters participating in Maggot Art, another insect-activity hosted by the UC Davis Department of Entomology and Nematology during Picnic Day, get so attached to the maggots creating art for them that they ask to take them home.

Not so with the UC Davis Roach Races. Not a single person--not a single one--asked to take one home. 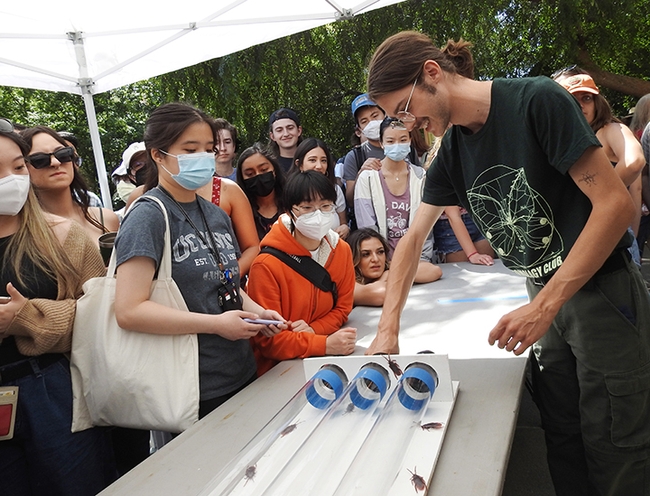 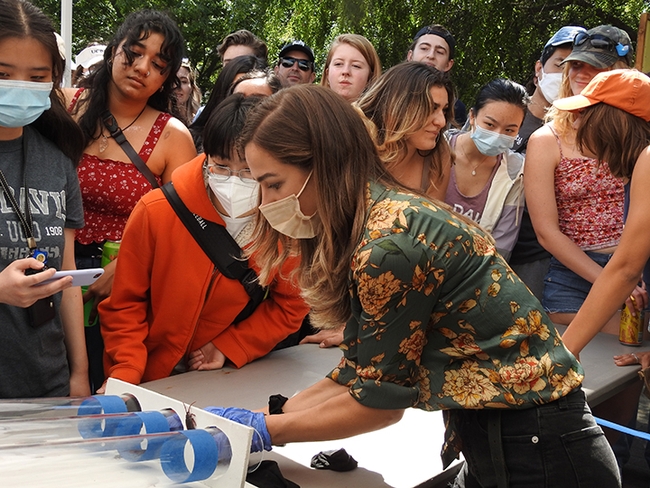 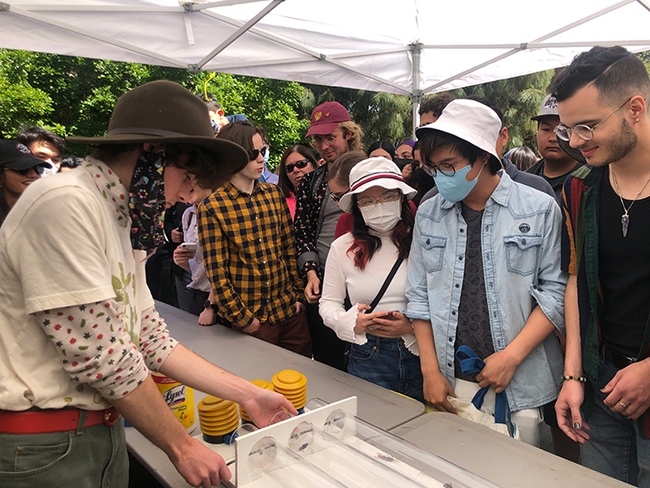 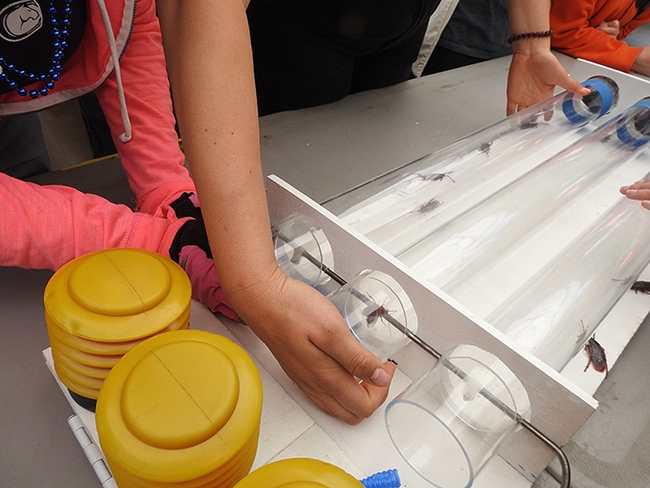