Cooperative Extension specialist Ian Grettenberger of the UC Davis Department of Entomology and Nematology will explore the relationships between insects and agriculture. (Photo by Kathy Keatley Garvey)
The Bohart Museum of Entomology, located in Room 1124 of the Academic Surge Building on Crocker Lane, UC Davis campus, will host four public events from May 28 through July 16. All are free and open to the public. Parking is also free. This Bohart Museum of Entomology poster, the work of Greg Kareofelas and Fran Keller, shows the male (top) and female dogface butterfly.
Tuesday, June 28, 7:30 p.m. to 9 p.m.
Public event to be held in California Hall for arachnid novices and experts alike. This is in collaboration with the American Arachnological Society's meeting at UC Davis. 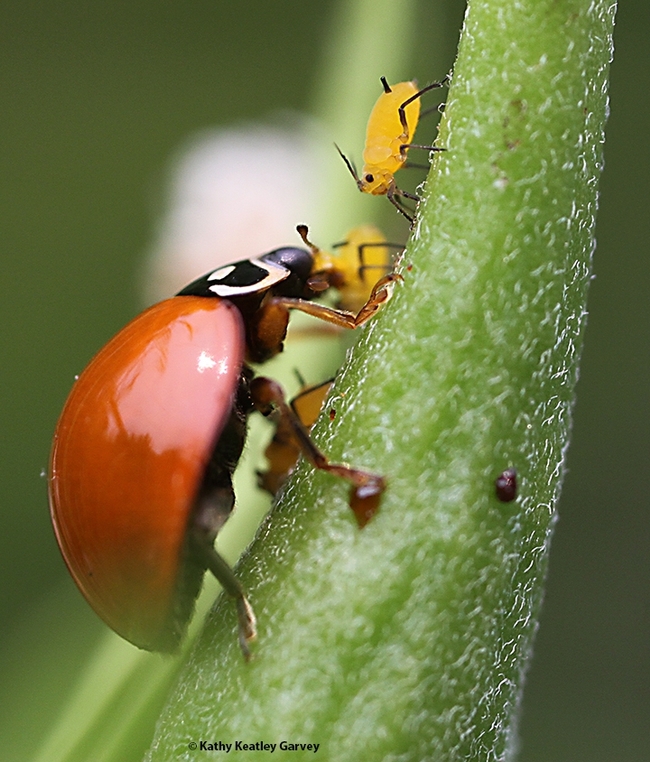 A lady beetle (aka ladybug) chowing down on oleander aphids. (Photo by Kathy Keatley Garvey) 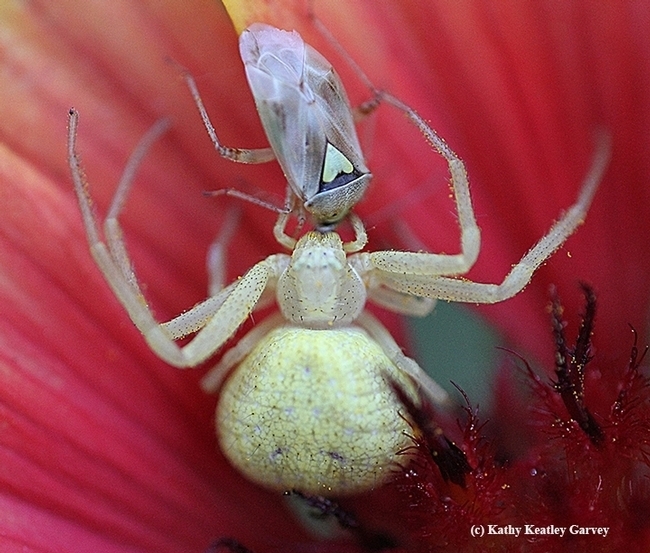