Fire History for Blue Oak Stands in the Southern Sierra
Published on: July 11, 2011 Introduction:
Fire is an important part of blue oak ecosystems (See: Fire in California's Oak Woodlands). Although we recognize that fire suppression on oak woodlands has increased the fire return interval, there are only a limited number of studies documenting pre-suppression fire frequency (see McClaren and Bartolome, 1989; Mensing 1992).

As part of a long-term blue oak thinning study in the Southern Sierra (see “Thinning Enhance Blue Oak and Interior Live Oak Acorn Production”), 49 trees were felled. Each tree was aged, and fire scars were dated. Fire scars were identified on 8 of the sample trees (16 percent of the population), allowing us to determine fire history in the stand from 1850 to the present.

Results and Conclusions:
Figure 1 below shows the dates of the 10 fire events that occurred between 1851 and 1996 on the study site in Tulare County near California Hot Springs. The mean fire return interval was 12.8 years (+/- 2.3 years), with a range from 6 to 25 years. There were no fires on the site since 1966.

Fire suppression has changed the the pattern of fire in blue oak stands. Fire, from both prescribed burns and from natural sources, is much less common in blue oak stands today. This results in large fuel build-ups, higher stand density and crown cover, and different stand structures. Instead of relatively frequent, low intensity fires, we now anticipate infrequent, high intensity fires. Strategies to re-introduce fire, or to achieve restoration of fire-resilient stand structures, is appropriate as part of a long-term sustainability strategy for blue oak woodlands.

Mensing, S. A. 1992. The impact of European settlement on blue oak (Quercus douglasii) regeneration and recruitment in the Tehachapi Mountains, California. Madrono 39(1):36-46. 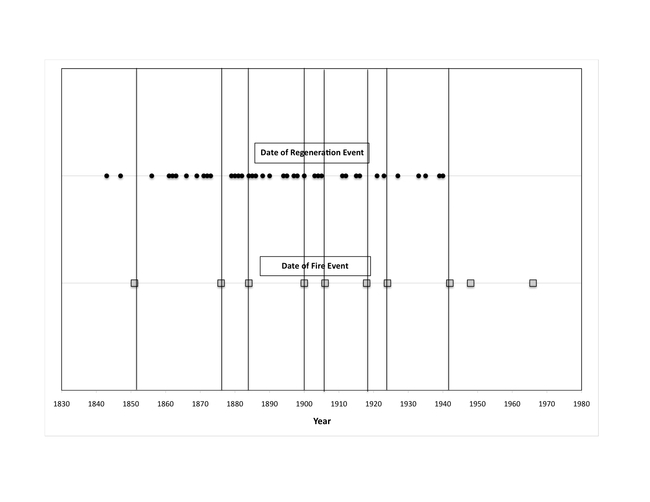 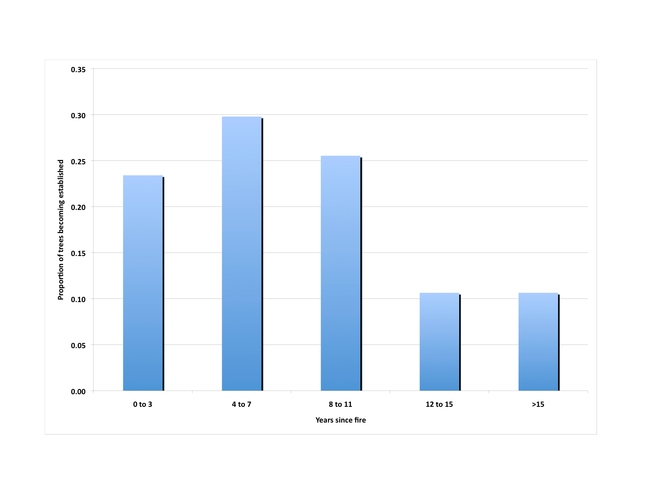