Longhorned? So named because they have unusually long antennae. Think of this species as the insect version of Texas longhorns!

Melissodes are ground-nesting solitary bees. While the males congregate on a flower to sleep overnight, each female is returns to her ground nest.

This female (below) rose early on July 3 to sip a little nectar while the males were fast asleep.

We find this species every year on our Mexican sunflowers, Tithonia rotundifola, in our family's Vacaville pollinator garden. It's native to North America and Central America.

They're a delight to see. The males are quite territorial as they target assorted critters on "their" flowers. As the late pollinator specialist Robbin Thorp, UC Davis distinguished emeritus professor of entomology, used to say: "They're saving the flowers for the females of their species, so they can mate with them."

But if you're a "gal bee" and awaken early, you have the flowers all to yourself.

Thorp used to tell us there are some 20,000 undomesticated bee species are there in the world.  Some 4000 species llve in the United States. And some 1600 species, including Melissodes agilis, live in California. 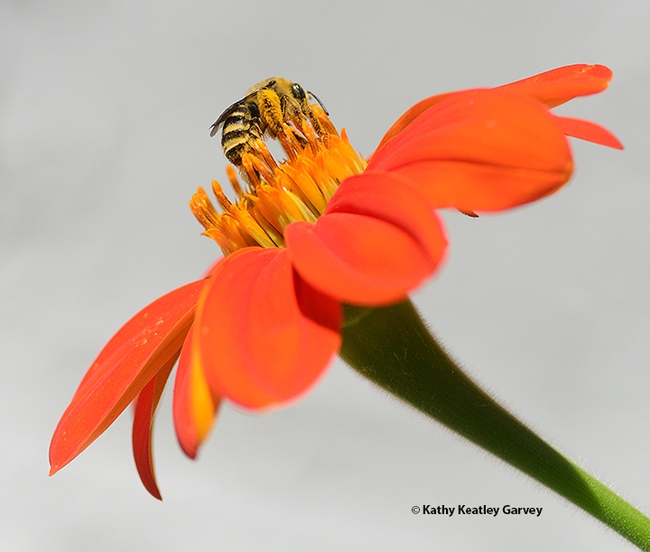 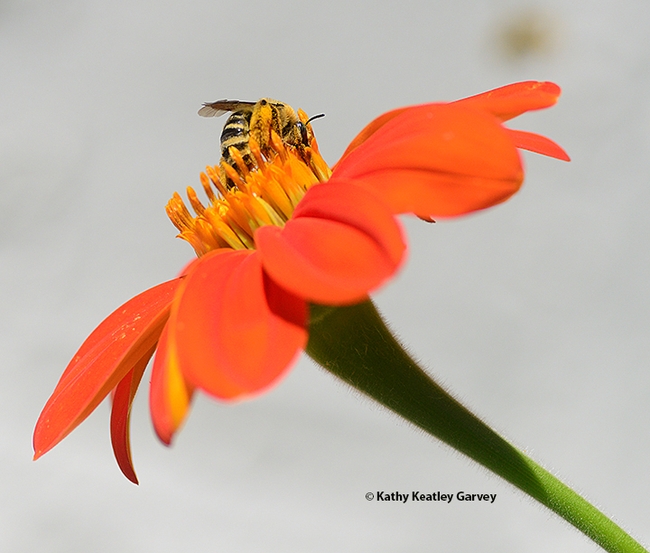 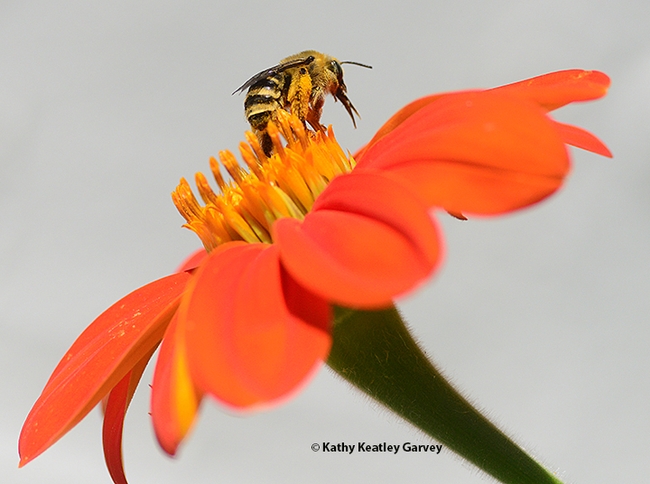