During the 11th annual National Moth Week, one thing's for sure:

Beekeepers won't be celebrating the beauty, life cycle, or habitat of the Greater Wax Moth (Galleria mellonella), also known as "the honeycomb moth." It's a major pest of bee colonies that aren't maintained well.

During the night, when we are sleeping, these female wax moths slip into bee hives and lay their eggs. The eggs hatch into larvae which consume honeycomb, leaving a destructive mess. The Greater Wax Moth is the most destructive comb pest, while the Lesser Wax Moth (smaller) is less serious.

In his book, Honey Bee Hobbyist: the Care and Keeping of Honey Bees, UC Davis emeritus entomology professor Norm Gary, explains that that the females wax moth "lays eggs at night in the cracks and cervices outside and inside the hive. Tiny tax-moth larvae tunnel through the combs--eating as they go--and lining the tunnels with silk that affords some protection from the bees, which would cast them from the colony. As the moth larvae grow larger, they are more exposed and vulnerable and are cast out of the hive by housecleaning bees."

Beekeepers remove the frames and freeze them, killing the larvae and any other pests that that might be in there--such as small hive beetles (Aethina tumida).

In its fact sheet on wax moths, the Mid-Atlantic Apicultural Research and Extension Consortium (MAAREC), says that "Beekeepers will never completely win the battle against wax moth. It is an insect well adapted for surviving around bee colonies."

MAAREC, however, describes the larvae as "a mixed blessing." The larvae are "raised for use as fish bait, animal feed, and  scientific research and they are a good representative insect to use in Biology and Entomology classes. Beekeepers see the wax moth as a pest."

Meanwhile, it's National Moth Week, and a good time to head over to the Bohart Museum of Entomology Moth Night open house on Saturday, July 30 from 8 p.m. to 11 p.m. in Room 1124 of the Academic Surge Building at 455 Crocker Lane, UC Davis campus.

Indoors you'll see the Bohart Museum's global collection of moths, and outside, within a short walking distance, you'll see moths and other insects hanging on a white sheet in theblacklighting display. They are drawn there by an ultraviolet (UV) light. Yes, you'll see wax moth specimens.

"Yes, we have plenty of Greater Wax Moths as well as Lesser Wax Moths and a few other Pyralids that were reared from bumble bee nests," said entomologist Jeff Smith, who curates the Lepidoptera collection. (See Bug Squad blog about what Jeff Smith says about the collection)

The open house is free, family friendly and open to the public. Folks are invited to bring photos or moth specimens from their house, yard or neighborhood that they would like help in identifying, said Tabatha Yang, education and outreach coordinator. There also will be a craft activity, cookies, and "hot cocoa for anyone who needs help staying up past their bedtime," Yang quipped. 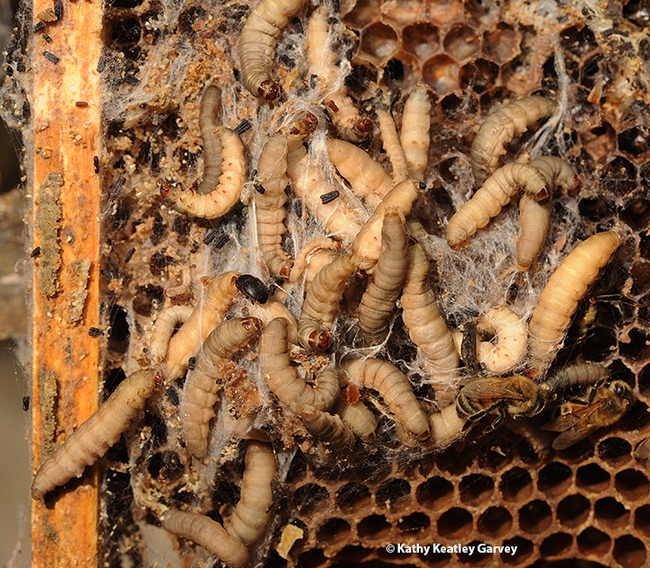 The larvae of the Greater Wax Moth (Galleria mellonella) inside a bee hive. The black dotes are small hive beetles. (Photo by Kathy Keatley Garvey) 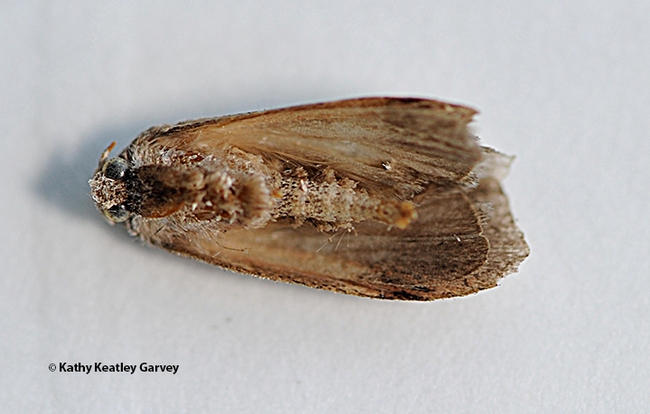 This is a Greater Wax Moth (Galleria mellonella), a night-flying moth that lays its eggs inside the cracks and crevices of a hive, inside and out. (Photo by Kathy Keatley Garvey) 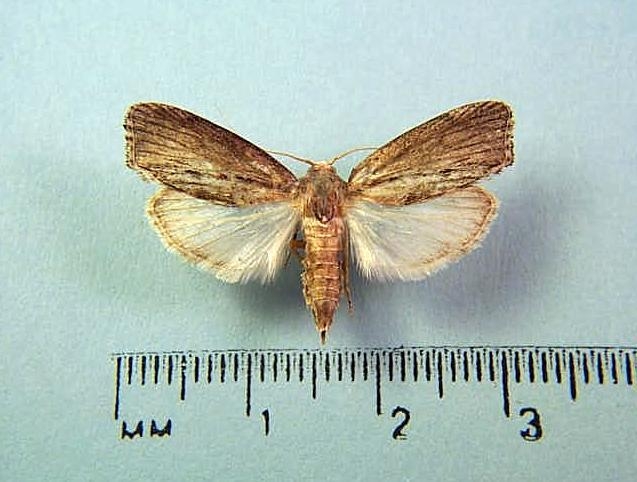 This is a Bohart Museum of Entomology specimen, the Greater Wax Moth. (Photo by Jeff Smith) 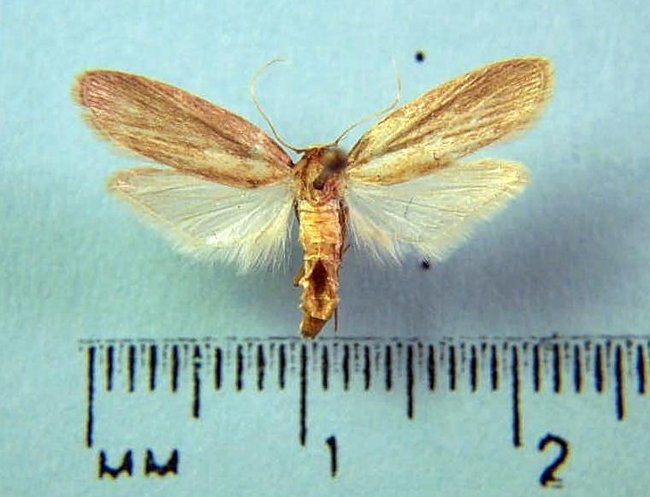