Be careful when you're harvesting an artichoke.

You might find a European paper wasp (Polistes dominula) hunting for a little protein, such as ants, flies and tiny bees to carry back to its nest.

Entomologist Whitney Cranshaw of Colorado State University writes in one of his fact sheets that "European paper wasps rear their young on live insects. They do not produce nuisance problems around outdoor dining that characterize scavenging species, such as the western yellowjacket. European paper wasps will sometimes feed on sweet materials, including honeydew produced by aphids. On rare occasions, they also may feed and damage ripe fruit."

Don't consider the European paper wasp a pest. "European paper wasps have become one of the most important natural controls of many kinds of yard and garden insects," Cranshaw writes. "Most commonly they feed on caterpillars, including the larvae of hornworms, cabbageworms, and tent caterpillars. Sawfly larvae are also commonly taken prey."

As its name implies, it's a native of Europe. Says Cranshaw: 'The European paper wasp is the common paper wasp of Europe. It was first found in North America in the 1970s in the Boston area. Since then it has spread rapidly to much of the northern half of the United States and British Columbia."

The bees: vegetarians. The wasps: carnivores. 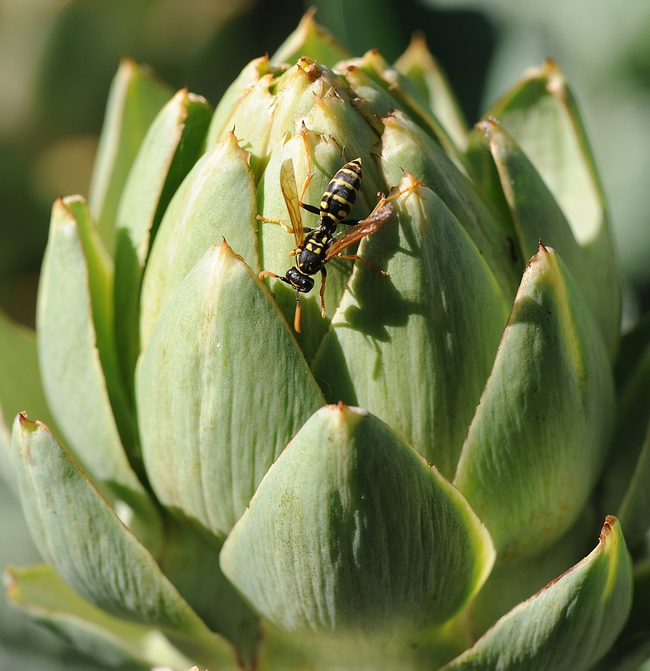 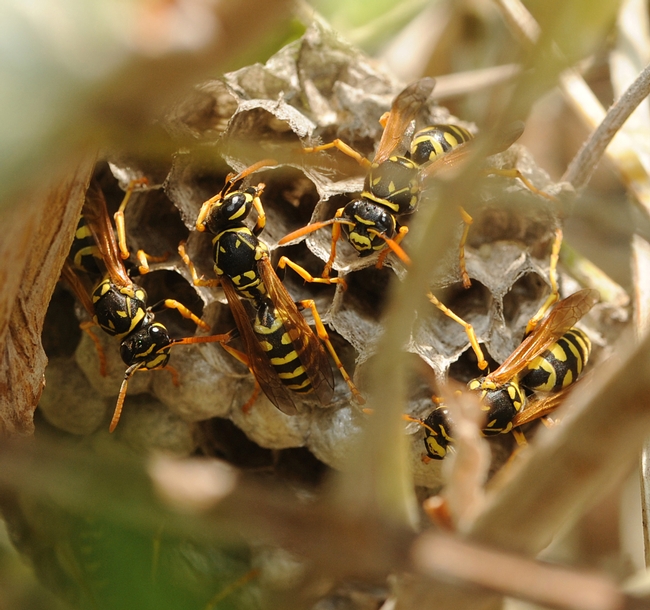