Chef and sustainable food advocate Alice Waters has organized a class to be offered at UC Berkeley this fall called "Edible Education 101," according to Mother Jones food and ag blogger Tom Philpott.

The class will be co-taught by Nikki Henderson, executive director of People's Grocery in Oakland, and UC Berkeley journalism professor Michael Pollen, the author of several best-sellers about the U.S. food system.

Henderson told Philpott that the course is subtitled "The Rise and Future of the Food Movement" to acknowledge its outgrowth from advocacy by the white-table-cloth sustainable eating crowd and proponents of food justice for low income Americans.

"Kind of Oakland activists and Berkeley activists coming together," Henderson explained. "Because every successful movement in America, and elsewhere, has found ways to get disparate groups of people to actually work together, especially when they're not in direct conflict with one another."

Henderson told Philpott that the 14-week course will explore class and race and power dynamics in the context of food and agriculture. Each week food experts from a wide variety of perspectives will relate their thoughts and experiences about the American food system. One of the sessions will feature an open conversation with a Walmart executive and a representative from the the largest corporate bulk food distributor in the world. Other confirmed speakers include: Carlo Petrini, Peter Sellars, Marion Nestle, Frances Moore Lappé, Raj Patel, Ann Cooper, Eric Schlosser and Alice Waters.

The two-unit, upper division course will be open to 400 UC Berkeley students and 300 members of the general public. The class will be from 6 to 7:30 p.m. Tuesdays in UC Berkeley's Wheeler Auditorium. Tickets for the general public will be available beginning Aug. 15. Find information and updates on Water's Chez Panisse website. 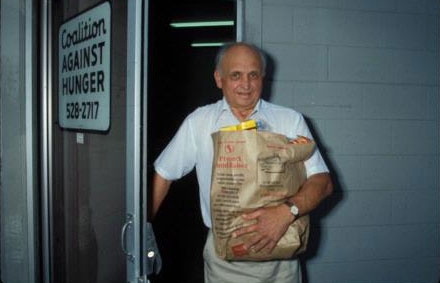 Sustainable eating and food justice will be combined in UC Berkeley course.
Tags: slow food (2), UC Berkeley (3)
Comments: 1
Comments:
by Pamela Kan-Rice
on August 11, 2011 at 1:07 PM
What is the ANR connection?
Leave a Reply: