'Tis "Friday Fly Day" (also known as #Fridayflyday in the Twitter world), and it's almost Halloween.

So why not combine the two with a common drone fly, Eristalis tenax, nectaring on a pumpkin-orange Mexican sunflower, Tithonia rotundifola?

To the untrained eye, the drone fly is often mistaken for a honey bee. Both, however, are pollinators.

But the larva of the drone fly is known as a rattailed maggot and feeds off bacteria in drainage ditches, manure or cess pools, sewers and the like. Unlike a honey bee, the drone fly has one set of wings, large eyes, stubby antennae, and a distinguishing "H" on its abdomen.

The drone fly will still be hanging around when Halloween arrives, but how many costumes have you seen glorifying the drone fly? The honey bee, yes! But a drone fly? No. 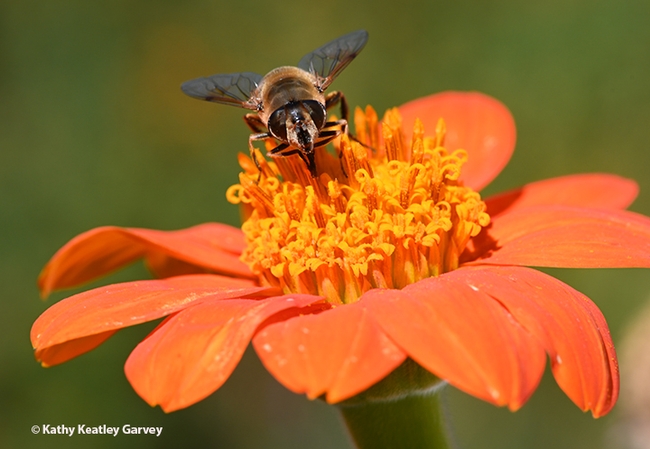 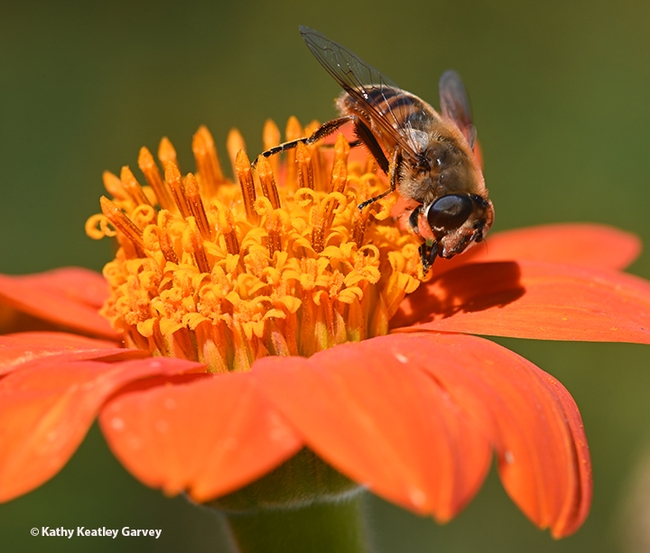 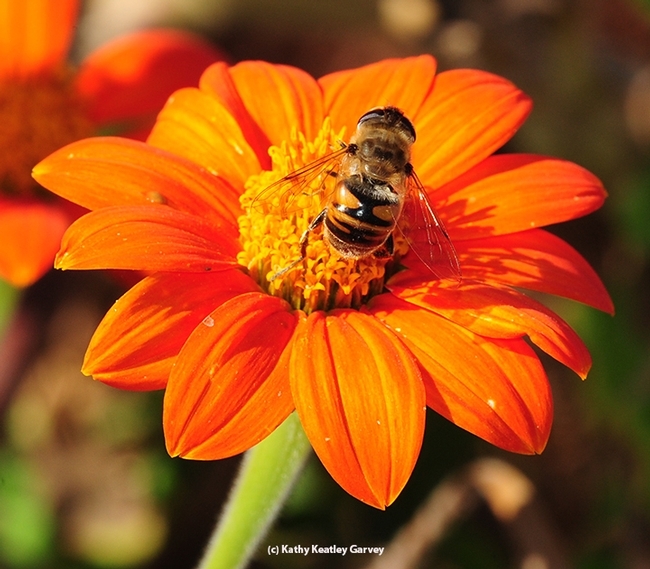 The drone fly, Eristalis tenax, is sometimes called an "H bee" for its distinguished "H" on its abdomen. (Photo by Kathy Keatley Garvey) 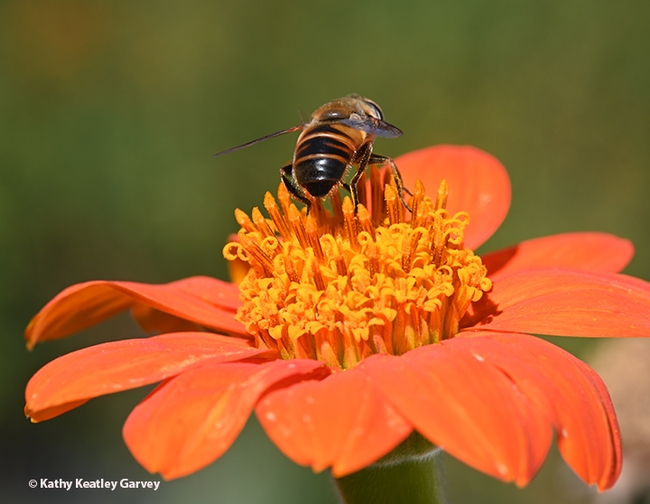