The yellow-faced bumble bee bursts from a neon pink blossom in the video below.

It's Oct. 19, 2022 and the temperature has soared to an unseasonal 81 degrees. This bumble bee is hungry. She may have emerged from hibernation "to get a bite to eat," as the late Robbin Thorp, UC Davis distinguished emeritus professor of entomology, used to say about late-in-the-season sightings.

B. vosenenskii, native to the west coast of North America, from Baja California to British Columbia, is an important pollinator, especially important for its buzz pollination of tomatoes, peppers and cranberries. In buzz pollination, the bumble bees grab a blossom and shake it, dislodging the pollen to accomplish pollination.

The ice plant, Carpobrotus edulis, is a native of South Africa and known as an invasive weed.

Interesting that on one end of the Doran Regional Park, volunteers with the California Native Plant Society are pulling out the ice plant to make room for native plants, while on the other end, a bumble bee hungrily sips the nectar. "Ice plant chokes out native plants and alters the local soil composition," according to the park website. "Removing ice plant allows native, endangered plants to repopulate the area and wildlife to thrive."

Want to learn more about the bumble bees around us? Read these two books, both co-authored by Thorp in his retirement:  Bumble Bees of North America: An Identification Guide (Princeton University, 2014) and California Bees and Blooms: A Guide for Gardeners and Naturalists (Heyday, 2014).

And, if you see a bumble bee and would like to get involved in citizen science, Bumble Bee Watch seeks your sightings. 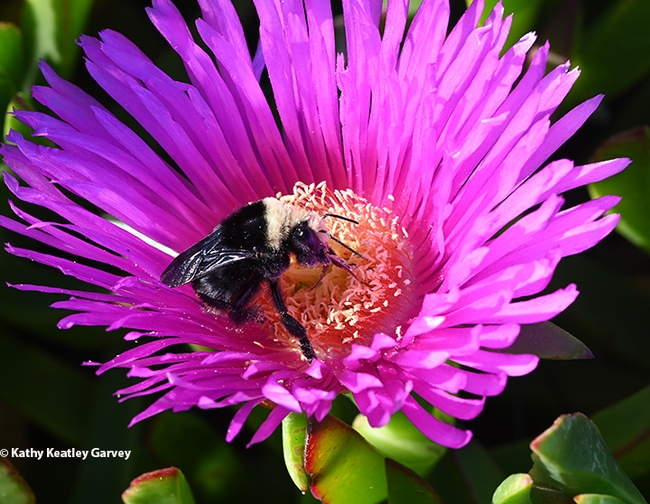 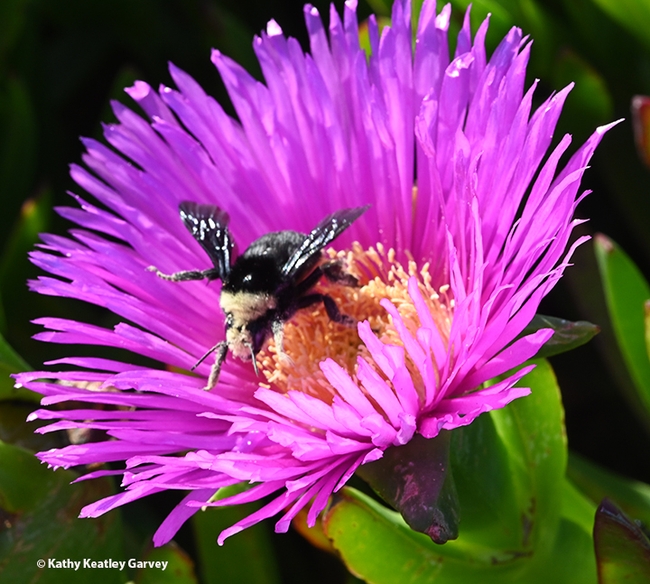 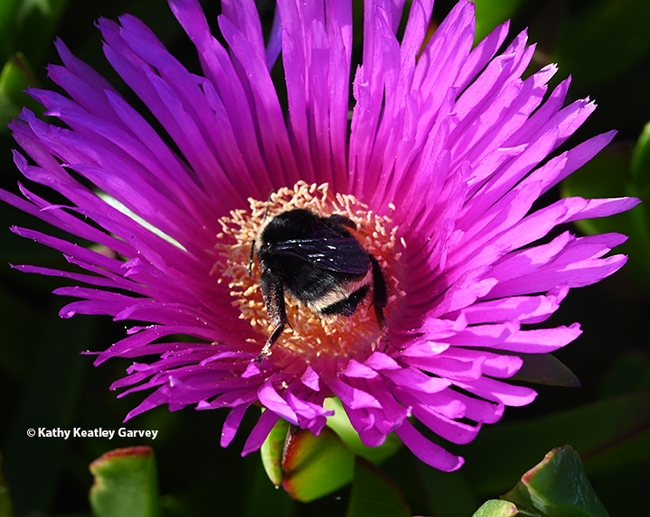