Larry Snyder of Davis, insect photographer and retired music teacher.
Just before you enter the Bohart Museum of Entomology (located in Room 1124 of the Academic Surge Building at 455 Crocker Lane, UC Davis campus), the hallway display of monarch butterfly images will grab your attention.

In stunning images, the Bohart Museum display depicts the complete metamorphosis of the monarch: from egg to larva to pupa to adult.

It's the work of Larry Snyder of Davis, who for several years photographed a UC Davis professor's research project on wild monarch-native milkweed interactions in the North Davis Channel of rural Davis. Snyder is a retired music teacher, vocal accompanist, and piano and harpsichord technician.

We wrote about the monarch-milkweed project on the UC Davis Department of Entomology and Nematology website on July 28, 2022.

Professor Louie Yang, the principal investigator of the research project, organized and led a 135-member team, all co-authors of the paper, “Different Factors Limit Early- and Late-Season Windows of Opportunity for Monarch Development,” published in the journal  Ecology and Evolution. (This document is open access at https://bit.ly/3volFaI.)

From 2015 through 2017, the team monitored the interactions of monarchs,  Danaus plexippus, on narrow-leafed milkweed, Asclepias fascicularis, planted in December 2013 on city-owned property adjacent to the North Davis irrigation channel. Unfortunately, a City of Davis maintenance crew unintentionally mowed the site on May 5, 2017, “damaging several plants in this population," Yang related. "However, most plants in the population were below the height of the mower blades at this point in the growing season.”

Today the milkweed population at the North Davis Channel is being maintained by the City of Davis and dedicated citizens, including Larry Snyder. A monarch chrysalis. (Photo by Larry Snyder)
Snyder, who grew up in small California farm towns, says he "came late to my love of insects." After earning a degree in English from UC Davis in 1968 and following an apprenticeship in Boston, he returned to Davis in 1970 to pursue a career in harpsichord making, piano technology, and music instruction. Before retiring, he devoted "many years to accompanying singers, especially in Lieder and opera, founding the Mosswood Spring Opera for the purpose of giving younger, less experienced singers the chance to perform roles opposite others who had sung in larger companies." He published his book, German Poetry in Song, in 1995.

From music to milkweed to monarchs...it's been quite a journey.

The work of Professor Yang's MMMILC crew fascinated him, and the site became his "adopted back yard." At first, Snyder just watched, then he began photographing "the insect life on the plants."  At the end of the project's official monitoring period, he "secured the cooperation of city staff" so he could continue maintaining the milkweeds without the loss of spring growth to the annual fire-suppression mowings.

Snyder says he "especially enjoys watching insect behavior and interaction, both within and between species and in relation to the host plants, as well as tracking how individual populations change during the seasons and from year to year."

"I am most grateful to the Bohart Museum and the frequent assistance of their remarkable staff and associates," Snyder said.

The Bohart Museum, founded in 1946, is directed by Lynn Kimsey, UC Davis distinguished professor of entomology. It is the global home of eight million insect specimens, as well as the live "petting zoo" and an insect-themed gift shop stocked with t-shirts, hoodies, books, posters, jewelry, collecting equipment and more. Named for UC Davis professor and noted entomologist Richard Bohart, it is open to the public from 8 a.m. to noon, and 1 to 5 p.m., Mondays through Thursdays.  More information is available on the website at https://bohart.ucdavis.edu or by contacting bmuseum@ucdavis.edu. 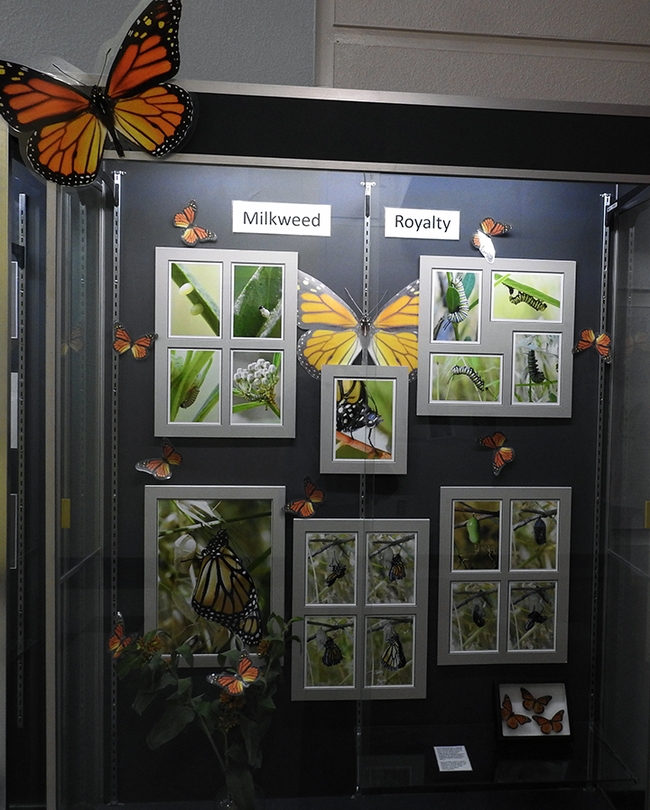