UC Davis doctoral candidates (from left) Jill Oberski, Taylor Kelly and Zach Griebenow react to a question. (Photo courtesy of ESA)
If you attended the Entomological Society of America's Entomology Games, aka "Bug Bowl," pitting university teams against one another in the pursuit of entomological knowledge, you saw the faces of the national championship team.

That would be the UC Davis Entomology Games Team, comprised of four doctoral candidates from the Department of Entomology and Nematology:  Zachary Griebenow of the Phil Ward lab, captain;  Jill Oberski of the Ward laboratory; Erin “Taylor” Kelly of the Geoffrey Attardo lab; and  Madison “Madi” Hendrick of the Ian Grettenberger lab.

You will probably never see the quartet on the box of your favorite cereal but they are champions just the same. Really good champions. In fact, this is the fourth national championship that UC Davis has won since 2015.

What are the Entomology Games? They're a lively question-and-answer, college bowl-style competition on entomological facts played between university-sponsored student teams. The question categories are biological control, behavior and ecology, economic and applied entomology, medical, urban and veterinary entomology, morphology and physiology, biochemistry and toxicology, systematics and evolution integrated pest management and insect/plant interactions.

Example? Question: The principal blood sugar of insects is a disaccharide called what? Answer: Trehalose.

The celebrated student-quiz event, launched in 1982, was formerly known as the Linnaean Games. Students compete first at an ESA branch level, with each branch sponsoring the winning team and the runner-up at the nationals. UC Davis won the championship at the Pacific Branch meeting in April.

The Entomology Games championship match video will be posted soon on ESA's YouTube channel. The full bank of questions will be loaded on this site. The previous UC Davis championships:

Now ESA is sponsoring the 2022 Virtual Entomology Games. Those games began Nov. 28 through the WikiQuiz system.

What's the name of the principal blood sugar of insects again? 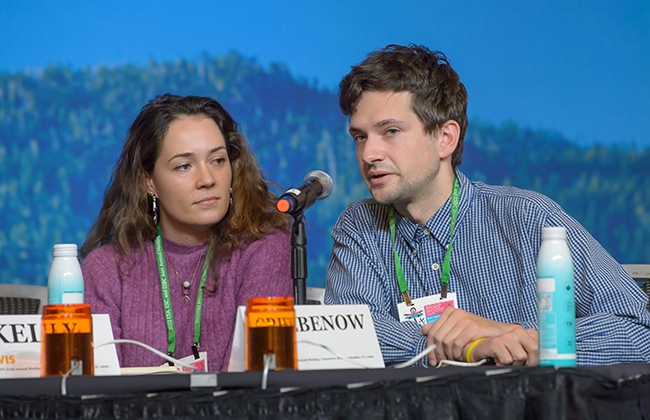 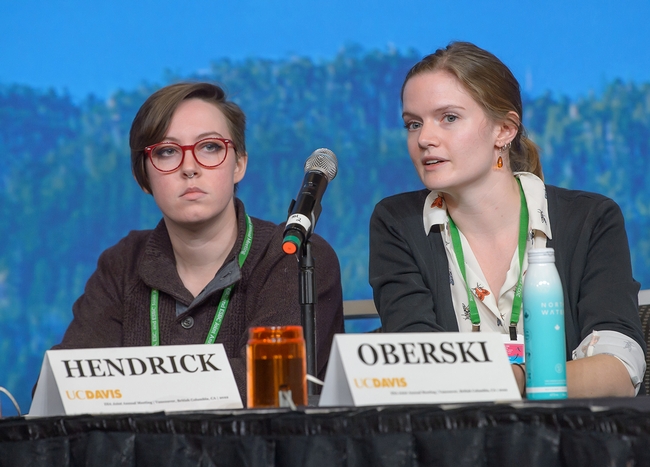 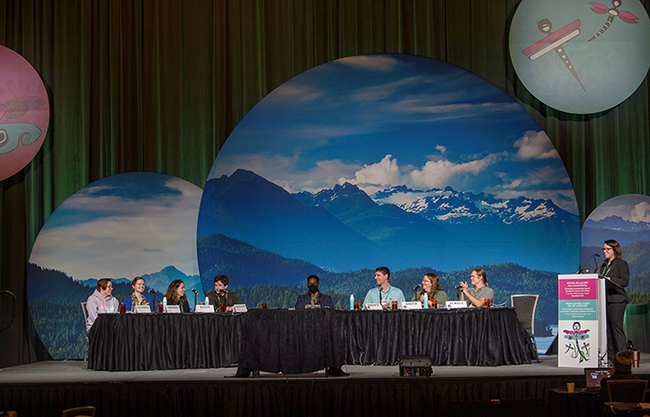 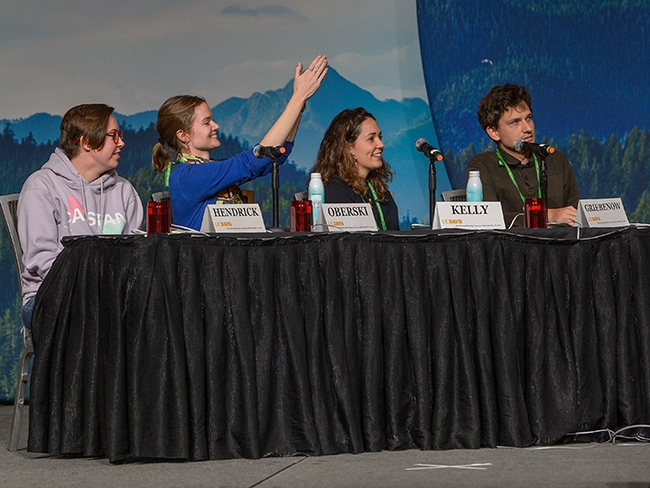 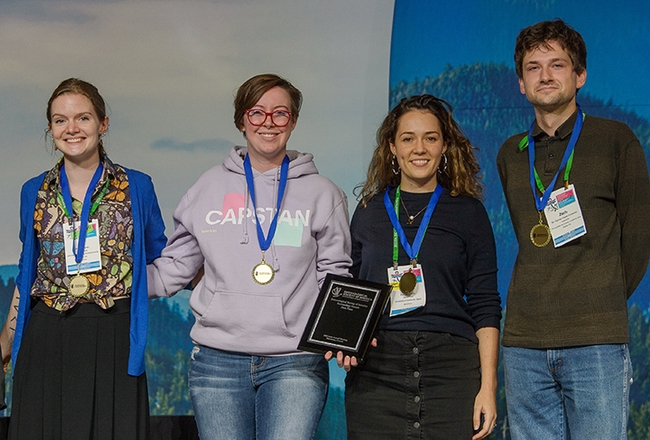