Gene Brandi (left) served as the emcee at the CSBA luncheon memorializing Eric Mussen. Here, as the 2018 president of the Foundation for the Preservation of Honey Bees, he presents the Founders' Award to Mussen.
The California State Beekeepers' Association (CSBA) paid tribute to the late Extension apiculturist emeritus Eric Carnes Mussen (1944-2022) at a memorial luncheon during its 2022 convention, held in the Peppermill Resort Spa and Casino, Reno.

"The Eric Mussen Memorial Luncheon was a wonderful celebration of someone that was so key to the beekeeping industry," said CSBA associate director Brooke Palmer. "I was never fortunate enough to meet Eric, but witnessing how much love and appreciation there was for him at that lunch, anyone would be able to understand the impact he made on the people in this industry. We were so glad to be able to honor Eric and will continue to honor him with our Eric Mussen Distinguished Service Award that is given out every year at convention."

An estimated 150 attended the luncheon, which Extension apiculturist Elina Lastro Niño and emcee Gene Brandi of Los Banos helped coordinate with Palmer. An image of Mussen centerpieced each table. Brandi, who served with Mussen for 37 of his 39 years on the CSBA Board of Directors, shared his presentation that he delivered on the Life and Legacy of Eric Mussen, held Aug. 28 in the Putah Creek Lodge. (See YouTube). Brandi, current chair of the Foundation for the Preservation of Honey Bees, Inc., is a past president of American Beekeeping Federation and former chair of the California Apiary Board and National Honey Board.

John Miller of Miller Honey Farms, addressed the crowd, offering memories of Eric and his expertise, and read a note from Mussen's widow, Helen. The family, including Helen and sons Chris and Tim, participated via Zoom.

Under the care of hospice, Mussen, 78, died June 3 at his Davis home of newly diagnosed liver cancer. Born May 12, 1944 in Schenectady, N.Y., Eric received his bachelor's degree in entomology from the University of Massachusetts and then obtained his master's degree and doctorate in entomology from the University of Minnesota in 1969 and 1975, respectively.

Mussen joined the UC Davis entomology department in 1976. Although he retired in 2014, he continued his many activities until a few weeks prior to his death. For nearly four decades, he drew praise as “the honey bee guru,” “the pulse of the bee industry" and as "the go-to person" when consumers, scientists, researchers, students, and the news media sought answers about honey bees. Colleagues described him as the “premier authority on bees and pollination in California, and one of the top beekeeping authorities nationwide,” “a treasure to the beekeeping industry," and "a walking encyclopedia when it comes to honey bees.”

"Thank you for coming together to honor Eric with this memorial luncheon at Convention 2022," Helen wrote in her address read by Miller.  She related that she met Eric in 1966 at the University of Massachusetts. Initially, he wanted to become an insect ecologist, but "decided to learn about bees instead. It was a great choice for Eric who soon got over his dislike of being stung and learned about bee diseases and Minnesota beekeeping."

"Moving to California in 1976 for his first job in the beekeeping world was again a major adjustment," Helen recalled.  "He listened and learned and cared, so soon he was taken into the 'fold' to educate each other. It was a perfect match for Eric as he wanted to help the bees and the beekeepers any way he could. He was a natural teacher and scientist and he found his niche with so many diverse folks eager to learn and work together with him to solve the many bee problems."

"Over the nearly 40 years of working together his CSBA clients became his friends and like family," Helen noted. "We all will miss him in so many ways but I hope you will keep the stories alive and remember and talk about him for many years to come. Thank you for all you've done to be a friend and care for Eric while also caring for the bees together. "

In tribute to his work, CSBA launched its annual Eric Mussen Distinguished Service Award when he retired in 2014.

The recipients to date:

In a June 2022 tribute to Mussen,  Jackie Park-Burris of Jackie Park-Burris Queens, Inc., Palo Cedro, a leader in the queen bee breeding and beekeeping industries, said she met Eric more than 40 years ago “and from day one he was mentoring me. He was the bee guy for the entire country!  Eric was the bee industry's connection to the scientific world. Eric understood both camps and he connected them. Eric had incredible integrity that I have never seen matched. Because of that integrity, beekeepers felt confident in sharing their problems with him, knowing their secrets were safe. Eric always voiced the opinion he felt was right, even if it wasn't the most popular.”

“Eric told me that he looked at the bee industry as his family,” said Park-Burris, a past president of CSBA, the first woman president of the California Bee Breeders Association, and the first woman chair of the California State Apiary Board. “When my son attended UC Davis, he and Helen made sure Ryan knew he could contact them if he needed anything. Eric even came to a function on campus that my son was in charge of to show support. Eric supported the California State Beekeepers Association and the California Bee Breeders wholeheartedly! He did an incredible job as our Extension guy from UC Davis. We loved him. What a sad loss for us all.”

After receiving the 2021 Eric Mussen Distinguished Service Award, Park-Burris said that "Eric sent me an email, congratulating me and told me he could not think of a more qualified person to receive it. It bought a tear to my eye back then, now I will treasure that email even more.”  A photo of an early-career Mussen appears on her website.

Palmer said nominations for the Eric Mussen Distinguished Service Award "may be presented to any person who has given time and professional talent to help further the goals of the beekeeping industry and the CSBA. This person need not be a CSBA member. We take award nominations all year and if anyone has an award nomination they can send it to me at brooke@agamsi.com)." 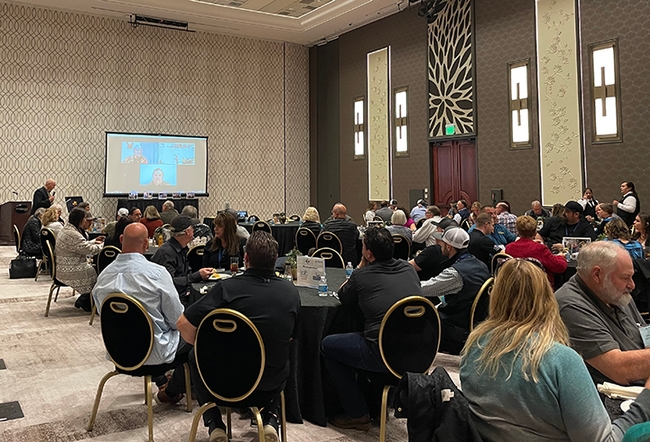 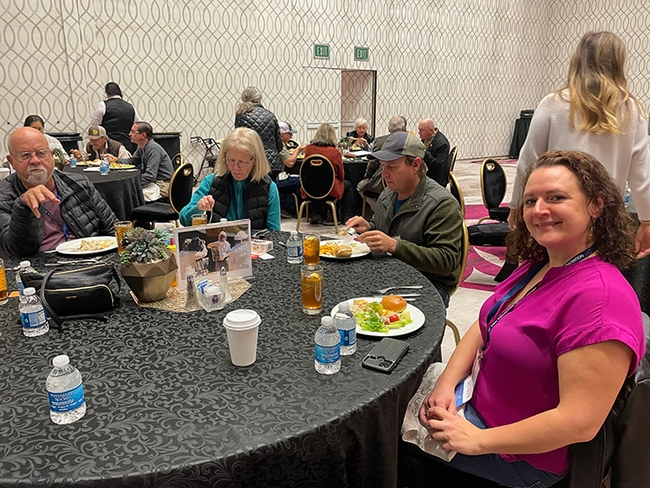 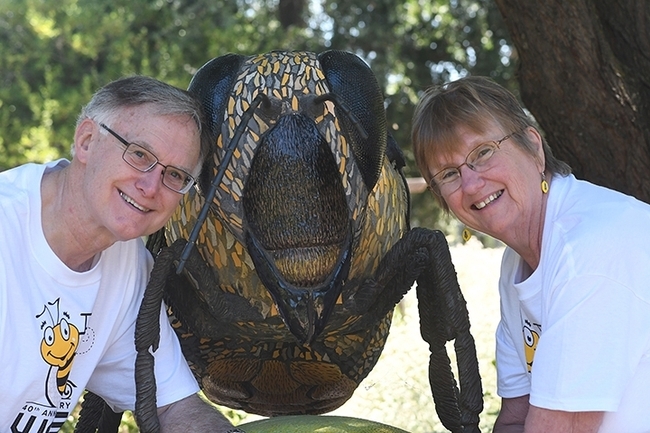