Bug Squad
sitenum=63
Happenings in the insect world
Skipping Along

In the big, beautiful butterfly world, the Fiery Skipper stands out as the most common urban butterfly in California.

It may not be as showy as the Monarch, the Gulf Fritilliary and the Painted Lady, but the Fiery Skipper (Hylephila phyleus) holds its own.

Butterfly guru Art Shapiro, professor of evolution and ecology at UC Davis, describes it as "California's most urban butterfly, almost limited to places where people mow lawns. Its range extends to Argentina and Chile and it belongs to a large genus which is otherwise entirely Andean."

"Here in California, the oldest Bay Area record is only from 1937," he writes on his butterfly website.  "At any rate, it is multiple-brooded, and appears to experience heavy winter-kill in most places; scarce early in the season, it spreads out from local places where it survived, gradually reoccupying most of its range by midsummer and achieving maximum abundance in September and October."

We've seen the adults nectaring on sedum, lantana, zinnias and Mexican sunflowers (Tithonia) at the half-acre bee friendly garden, the Häagen-Dazs Honey Bee Haven, located next to the Harry H. Laidlaw Jr. Honey Bee Research Facility on Bee Biology Road, University of California, Davis.  It's like their favorite restaurant where they can order nectar (take-out, please!) from sedum, zinnias, catmint and those glorious Mexican sunflowers.

Since the Fiery Skippers don't take kindly to cold winters, let's enjoy them while we can. 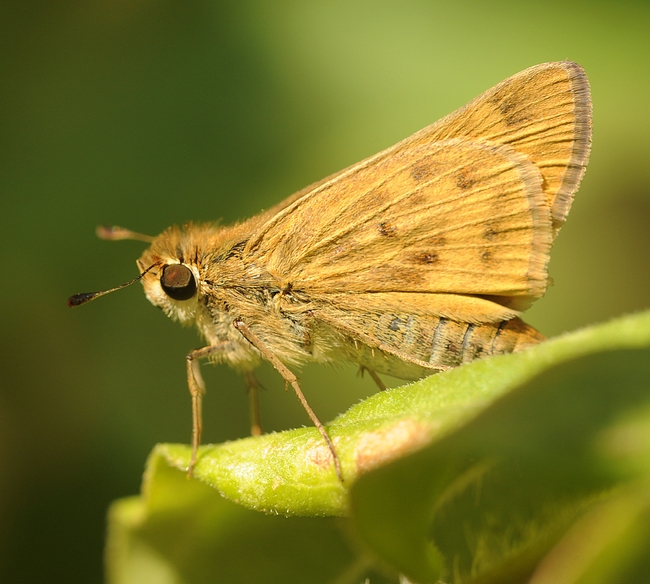 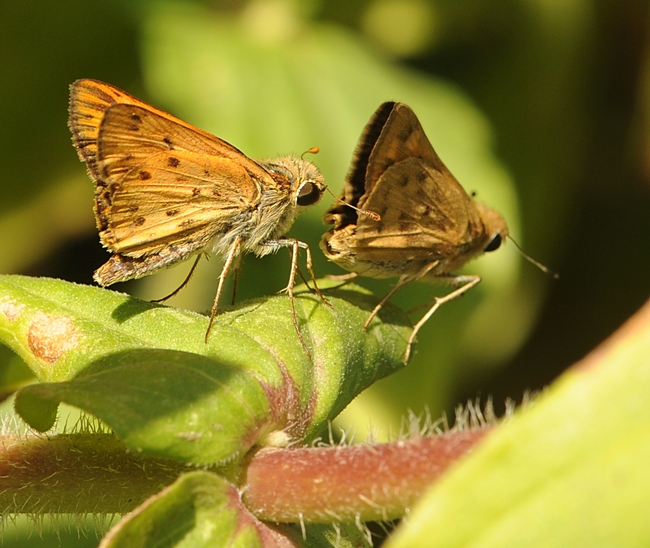