Fulton became interested in an agricultural career during childhood working on his grandfather's ranch in Colorado. He served as an irrigation farm advisor in Kings County for 9 years and, after a 4-year stint in private industry, joined Tehama County Cooperative Extension as the irrigation and water resources advisor 12 years ago.

Fulton publishes weekly soil moisture loss reports based on real-time regional weather conditions, helped develop the mathematical equation that allows growers to figure out how much water is needed for irrigation at a given time of year and visits farms to advise growers on their irrigation systems.

"In extension, it's a great opportunity to always be learning," he said. ". . . The biggest reward is when somebody hears of a new idea, puts it into use and is happy with the benefit from it." 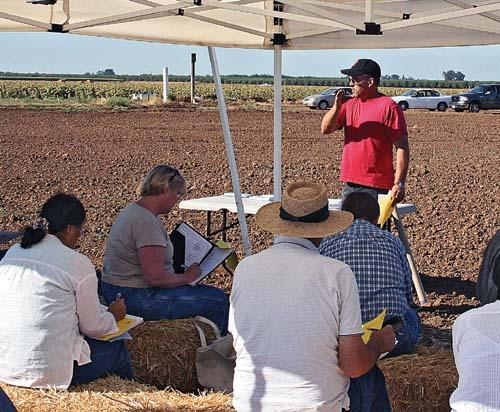