Frank Zalom
Someone scrawled "Bugs Rule" on a Briggs Hall blackboard during a recent UC Davis Picnic celebration. A delightful drawing of a bug accompanied the proclamation.

Bugs do rule, and they'll rule at the 59th annual meeting of the Entomological Society of America (ESA), to take place Nov. 13-16 in the Reno-Sparks Convention Center, Reno.

At the event, the UC Davis Department of Entomology will be one of the most honored departments in its history.

Professor Frank Zalom, in line for the presidency of the 6000-member association, will be installed as vice president-elect and will begin his term Nov. 16. Professor James R. Carey and Diane Ullman, professor and associate dean for undergraduate academic programs in the College of Agricultural and Environmental Sciences, will be inducted as ESA fellows, an honor limited to 10 persons per year.

Michael Parrella, professor and chair of the Department of Entomology, will receive the Distinguished Achievement Award in Horticultural Entomology, and professor Walter Leal, the Nan-Yao Su Award for Innovation and Creativity in Entomology.

Harry Kaya, emeritus professor of entomology and nematology, will be honored at a special seminar titled “Entomopathogenic Nematodes: Their Biology, Ecology, and Application. A Tribute to the Dynamic Career of Harry K. Kaya.”  Ed Lewis, acting chair of the UC Davis Department of Entomology, is among the coordinators.

Three other faculty members are moderating/organizing or co-conducting symposiums. They are James R. Carey, “Insect Demography: Emerging concepts and Applications”;  Neal Williams,  “Biodiversity, Global Change and Insect-Mediated Ecosystem Services,” and Walter Leal, “Insect Olfaction and Taste: Identifying, Clarifying and Speaking about the Key Issues.” Each will also deliver a lecture.

Leal and Parrella are among the most active UC Davis members of ESA. Leal is serving on the Presidential Committee on the International Congress of Entomology (ICE), to be held Aug. 19-25 in Daegu, South Korea. Parrella holds a seat on the ESA Governing Board, representing the Pacific Branch of the ESA.

There's also the fun side. A video created by UC Davis undergraduate student Heather Wilson, who works in the Frank Zalom lab, is entered in the open division category of the ESA YouTube Contest. Her entry,  “I Wanna Be an Entomologist,” is a a parody of the hit song, “I Wanna Be a Billionaire.”  Wilson filmed the video in the Zalom lab and the Bohart Museum of Entomology. On the serious side, she'll present her research on the Spotted Wing Drosophila: “Seasonal Movements of Drosophila suzukii (Diptera: Drosophilidae) in a Multi-Crop Setting.” Watch Heather Wilson's video

In addition, scores of other UC Davis representatives--faculty, graduate students and postdoctoral scholars--will present their work. 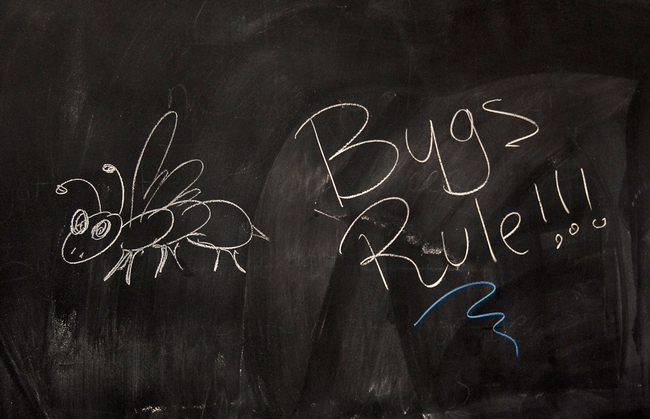