A few things that growers and field people might being seeing this time of year in strawberry plants.

Salt Toxicity: By far the biggest issue so far in 2012 has been salt damage.  This issue is well described in the January 6 post, but a photo is included below for the sake of comparision with the other disorders.  To re-iterate, most notable characteristic of salt damage is the burnt margins of the leaves, especially on the more developed leaves.  Photo 1 below.

Fumigant Toxicity: Fumigation toxicity is another, fortunately not too common, issue that one will see at this time of year.  Every case I have been called out to has involved drip fumigation, and this makes sense, since for several reasons drip fumigants take much longer to exit the soil than shanked in materials like methyl bromide.  The process of moving out of the soil was delayed even more in the case depicted below in Photo 2 because of application into the cooler temperatures of late October, 2011.  It is notable that, in an attempt to mitigate the fumigant remaining in the beds post fumigation, this field was flushed via the drip tape with a large quantity of water and beds slit several days before planting.  Nevertheless, these activities still did not suffice, and the field languishes.

In photo 2 (taken the week of January 9) below, one can see the affected plant is struggling to establish itself and is undersized and yellow.   This is probably because its root system was compromised by remaining fumigant (doesn't need to be a lot either, it could have just been a trace) at planting and its root system is still struggling to function normally.  While this plant will undoubtedly still survive, it is unlikely to reach full yield potential.  The die was cast and its fate determined at the point of planting.

Leaf Blotch Disease:  Leaf blotch disease of strawberry normally is found all over Central Coast strawberry fields this time of year. However, since it is dependent on splashing water, it is pretty doubtful that there is much of this disease around this year. Nevertheless, since symptoms superficially mimic those of salt damage it is worth a review.

Generally the lesions of leaf blotch disease consist of tan to gray leaf blotches that commonly, but not always, develop along the margin or edge of the leaflets. The leaf blotches are irregular in shape and are very often surrounded by a purple margin. Affected areas can grow to some size and are able to expand and cover from 1/4 to 1/2 of the leaflet surface.  To distinguish leaf blotch disease from salt damage one needs to look for the presence of tiny, brown to black, fungal fruiting bodies in the gray to tan blotches.  Photo 3 below. 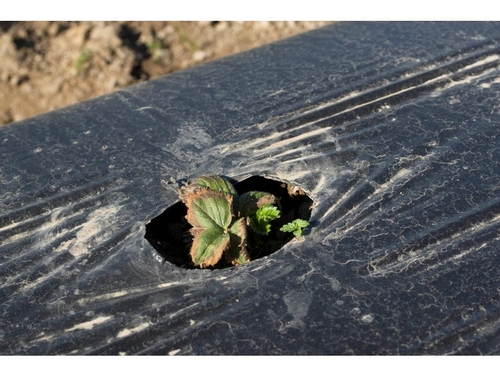 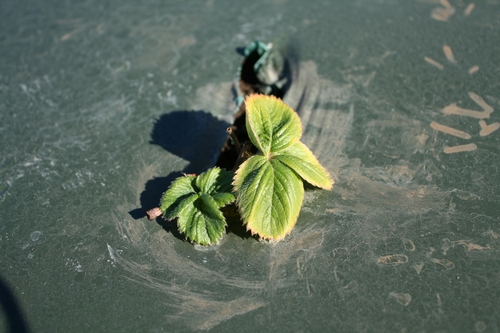 Photo 2: Fumigation toxicity. Plant is weak and not growing well. 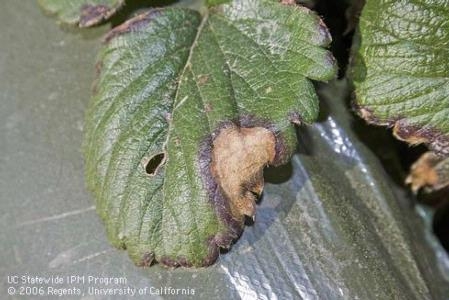