Winter warmth and wildfires reported in Nevada
Published on: January 13, 2012

In contrast to typical winter weather patterns, in 2012 Nevada has experienced some early January days that were downright hot, wrote Dennis Myers in the Reno News and Review. Wildfires, normally a feature of summer and fall, have been experienced during this winter.

The article said Nevada's cloud seeding program is prepared for any break in the weather pattern that will provide storms that can be seeded. Truckee Meadows is dependent on the snowpack for its water supply and a lack of snow threatens the tourist economy. Nevada’s farming areas have a stake in the cloud seeding program and forest recovery after wildfire also relies on winter rain.

After the 2007 Angora Wildfire, for instance, the effectiveness of reseeding was undercut by the dry winter. According to Susan Kocher of the University of California Cooperative Extension, “that very dry winter did reduce the survival rate of newly planted tree seedlings. … The later in the spring season they were planted, the worse the survival was as the drought just kept getting worse.”

Kocher said the California Tahoe Conservancy had to keep planting and replanting in 2008, 2009, and again in 2010 before it started having success in getting the number of trees up to pre-fire levels. 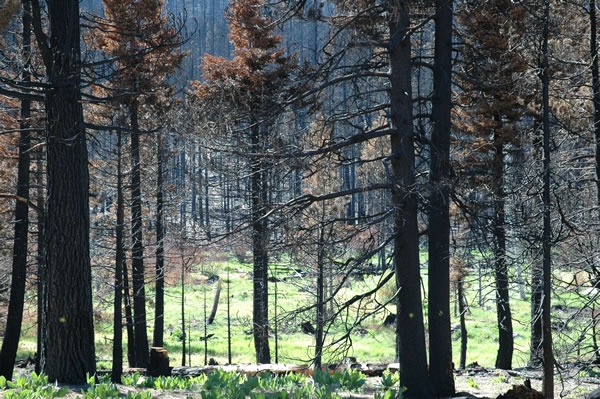