The case of bovine spongiform encephalopathy discovered in Fresno County is an atypcial varient that happens in cattle similar to sporadic Cruetzfeldt-Jakob, accoring to a report in the Fresno Bee.

Jim Sullins, University of California Cooperative Extension advisor and county director in Tulare and Kings counties, told the Bee classical mad cow disease such as the kind found in England in the 1990s causes cattle to stagger and act erratically. By contrast, cattle affected with the atypical form show no outward signs of being affected but their brain tissues shows deterioration, he said.

The Fresno Bee said the dairy cow was slated to be rendered at a Fresno County plant. Other media reports said the rendering plant is in Hanford. The cow originated at a dairy in Central California.

A story on Fox 40 said the discovery is likely to erode consumer confidence in beef, even though the form detected is technically of no threat to humans.

"It's a three-dimensional protein and it folds and in certain configurations it causes problems in the brain and nervous tissue," said UC Davis veterinary professor and food supply expert Jim Cullor.

Christina Sigurdson, assistant professor of pathology at the University of California at San Diego, said atypical mad cow disease usually occurs in older cattle. The origin is not known. Scientists speculate that atypical mad cow disease happens in cattle similar to sporadic Creutzfeldt-Jakob disease in people -- a degenerative brain disorder thought to arise without any exposure to prions, or abnormal proteins.

Other UC comments were on: 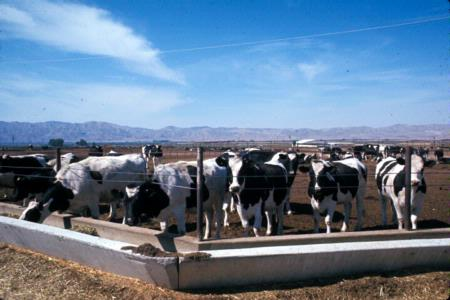